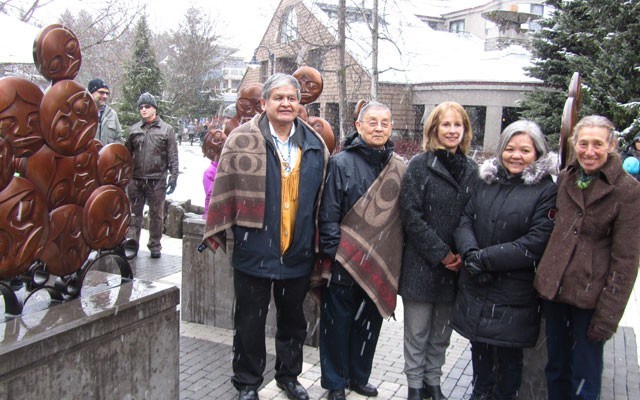 The Squamish Valley Music Festival has been cancelled for 2016.

Organizers announced the news on its website on Wednesday, March 2.

The statement said: "We have made the extremely difficult decision to not proceed with the 2016 festival, due to take place in August. This decision was not made lightly and we sincerely apologize to all the people this decision affects: the fans, artists, industry partners, corporate partners, suppliers and all of our supporters within the community of Squamish."

In a statement, the District of Squamish said it was "extremely disappointed to learn that the Squamish Valley Music Festival will not proceed in 2016."

Squamish mayor Patricia Heintzman said: "It's difficult to quantify the total impact of the festival, but we know there has been a massive injection of revenue, increased awareness and heightened profile for Squamish.

"Squamish Fest has helped our town transition to a place that has been recognized on 'best of' lists in A-list publications. It has become part of the tapestry of our town; and has given our community a great sense of pride.

"It was also a fantastically fun weekend that many of our residents enjoyed immensely as they were caught up in the spirit of music, art and the spectacular. We have played host to the world, and it has been a great honour."

Heintzman said that she was grateful to festival organizer Paul Runnals for his "passion, vision and appreciation for Squamish."

She added: "We know that this decision was not made lightly."

A Timeless Circle, a bronze sculpture by Musqueam artist Susan Point, was unveiled in its new home in front of the Maury Young Arts Centre, on Tuesday, March 1.

Present at the unveiling was Point and her family, Whistler mayor Nancy Wilhelm-Morden and Chief Leonard Andrew of the Lil'wat Nation.

Musqueam elder Larry Grant gave a blessing of the piece.

The bronze work, which depicts 86 faces in five two-sided sections, will be mounted on plinths in front of the Maury Young Arts Centre, across from the Audain Art Museum on Blackcomb Way and adjacent to Whistler Olympic Plaza.