Stars use humour to beat the odds 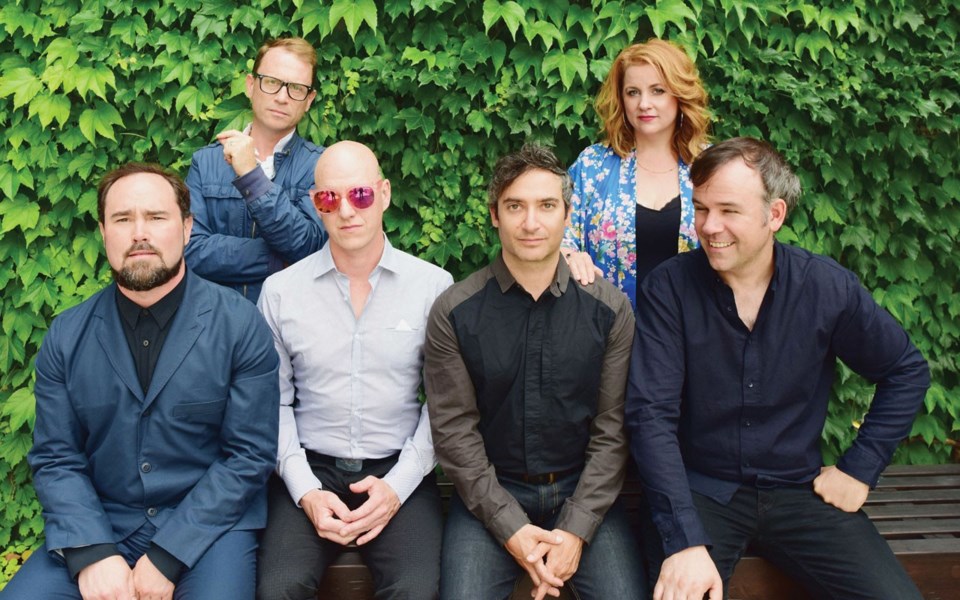 Drummer Patrick McGee is certain about what has kept his band Stars together for nearly 20 years.

"There's a humour that runs through all of us that has been the tie that binds," he says. "If these people weren't so funny, there's no way I'd go back ... Some of the times we've had would've ruined stronger people than us, but we've morphed into a family where we can't leave each other, despite our differences."

It's been two decades—during which they've released nine albums—since the group first became one of the buzzed-about indie-pop bands coming out of Montreal's music scene. Over that time there's been many tours, fights, award nominations and life changes.

That's why, before they set out to create their latest record, the band decided to take a page from Metallica's book and head into group therapy.

"That was one of the lower points in our tenure together," McGee says. "We'd reached an impasse amongst ourselves for whatever reason and needed an external force to bring us back, give us some perspective. We didn't do a lot; we went to two days of a couple hours of therapy, but it was more getting someone outside the box in the room."

It might have been short-lived, but the sessions worked. The result was There is No Love in Florescent Light, which was released in October 2017. The record has all the hallmarks of a Stars album with the call-and-response vocals of Amy Millan and Torquil Campbell and pure-and-simple pop songs that straddle the line between happy and hopeless.

"Despite our efforts we make a record and it sounds like Stars," McGee says. "We can't get away from it ... I don't know what you do to change your sound. We have a personality and voice we can't escape. We continue to talk about crushing moments in life and how to find moments to be uplifted by that, despite it all and through it all."

In two decades the band has found that fans have remained loyal, but they've also picked up younger audiences along the way too. "I know bands always say, 'Our fans are the best,' but our fans are the best," McGee says. "(They're) so dedicated and respectful and kind and intelligent and earnest and honest about their love of (our) music."

With record sales at an all-time low across the board, there's a fear that can permeate the release of a new record and subsequent tour nowadays, he adds. Because you can't reliably track a record's success by the number of units sold, it's hard to predict how well concert tickets are going to sell.

"But we get out there and the Stars superfans are ravenous and they're there and have a really good time. We have fun, the audience has fun," he says.

The group is also in a much better place as it tours around the country this summer—with various band members' kids in tow. "It's hilarious and hard on the parents, but fun for the rest of us," McGee adds.

As part of their summer travels, the band is making its way to Whistler for the first time since performing at the Olympics in 2010. "I think we're playing the same stage," McGee says. "We're looking forward to it."

And if all that talk of their turbulent times has you worried, don't be. Plans are already underway to release more singles after a busy summer and fall of touring. "Against all odds we've had a really good time," McGee says. "It's enlightening, in a sense, and inspiring and it's given us some hope that we might have a couple more litres in the tank."

Catch Stars, performing for free as part of Wanderlust and the Whistler Presents Summer Concert Series, on Saturday, Aug. 4 at 8:30 p.m.