State of the ART returns—to Creekside 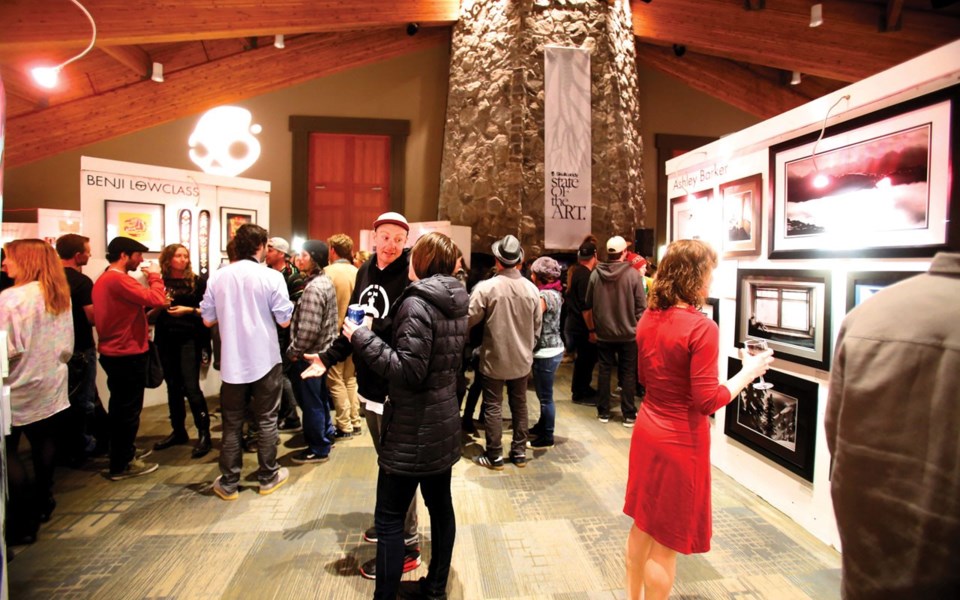 State of the ART, historically hosted at the World Ski and Snowboard Festival, as pictured here, is moving to Creekside from Dec. 13 to Jan. 4. PHOTO BY Dave Humphreys Photo

State of the ART is returning with a new date and venue.

The popular art show historically ran as part of the World Ski and Snowboard Festival until Watermark Communications Inc. stepped down from organizing the annual event.

Now, the company is partnering with Capital Zed, which is developing the Franz's Trail retail complex in Creekside Village, to host the event in one of their spaces from Dec. 13 to Jan. 4, 2020.

"We love State of the ART," said Sue Eckersley, president of Watermark. "We proposed to the Capital Zed folks, 'Hey why don't we run State of the ART in one of your open spaces and run an opening party and a closing party?'"

It will be closed on Dec. 25 and on Dec. 31 in preparation for a New Year's Eve event. The show will take place in a building across from the shop Get the Goods.

"In conjunction with that as well we're going to be running a public art contest," Eckersley says. "We're going to be giving out an award to build a public piece of art in the Creekside area."

Finally, the show will also include an opening night party on Dec. 13 and a closing party on Jan. 4. On top of that, a New Year's Eve party is in the works.

"It's a multi-faceted event," Eckersley says. "We're really excited about executing it ... Part of the impetus for making sure this event is great is that it has profiled local artists for so many years and has been a place and a voice for the art community."

The aerial silks group will perform their version of Tim Burton's The Nightmare Before Christmas on Friday, Dec. 13 from 3 to 5 p.m. and again from 7 to 10 p.m. at The Hangar in Function Junction.

Described as a "theatrical and creepy night of aerial performances," all proceeds from the event will go towards upgrading their equipment.

The ticket price is $25. For more information or tickets visit treelineaerialbc.com/.