Stl'atl'imx musicians up for eight awards

The Spiritual Warrior's Ancestors, and the Southern Stl'atl'imx Health Society-led The Kindness Project up for Native American Music Awards
Oct 4, 2019 2:00 AM By: Alyssa Noel 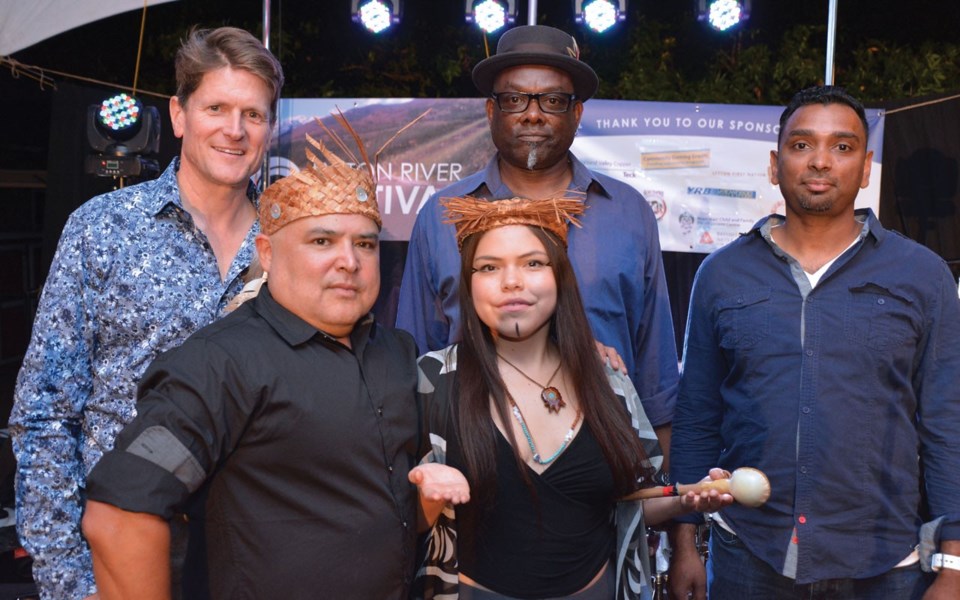 When Leroy Joe submitted two different albums for consideration at this year's Native American Music Awards, his hope was to receive at least one nomination for each.

"I really couldn't believe it," he says. "It's awesome. I'm overwhelmed with gratitude."

Joe's Mount Currie and Pemberton-based band The Spiritual Warriors (made up of Daisy Joe, his daughter, Rich Doucet, Mike Rowe, and Tim Lall), released Ancestors, which mixes reggae beats and the Ucwalmícwts language, earlier this spring.

Meanwhile, he also helped spearhead The Kindness Project, an album by the Stl'atl'imx Friends, alongside Daisy, Calvina Smith, Julia Schneider, and Brit Peters. The group represented five of the 11 Stl'atl'imx Nation communities and the album formed the foundation of the Southern Stl'atl'imx Health Society's (SSHS) Kindness Project campaign, which aims to address lateral violence, defined as displaced violence against one's peers rather than adversaries.

"It's exciting to see this CD, the foundation of the SSHS's Kindness project campaign, recognized internationally," says the SSHS' health director, Rosemary Stager Wallace, in a release. "Sharing the CD's message of addressing lateral violence through caring, love, and understanding is wonderful."

Both of the albums were nominated in the Best Song, Best New Group, and Best Historical, Linguistic or Spoken Word Recording categories.

Ancestors is also up for Best World Music Recording, while The Kindness Project is nominated for Best Folk Recording.

"I was talking to Rosemary about The Kindness Project and I told her, 'I'm going to enter it into these awards,'" Joe says. "I was hoping to get a nomination each—four each, it's unreal. I'm so honoured. I'm representing Stl'atl'imx and Lil'wat. It's not just about me."

While a jury selected the finalists, voting for the winners is open to the public. The tricky part: Ancestors and The Kindness Project are up against each other in three different categories.

"For three categories, we have at least a 40 per cent chance of winning," Joe says, with a laugh. "We're definitely going [to the awards]. We might not win any, but I'm not going to be upset about it. We already won [by being nominated]."

The awards ceremony takes place on Nov. 2 in Niagara Falls, New York. It's not the first time Joe has attended the event. Back in 2013, his former roots-fusion band Kalan Wi won an award in the Historical/Linguistic Recording of the year category for their 2012 record Celebrate.

While Joe said it was a great experience, that category doesn't come with all the pomp and circumstance of some of the others they're up for this year. "Now we have a chance to go up on stage," he says. "It opens the door for us to do new projects."

At the end of the day, Joe says the record is how The Spiritual Warriors are contributing to the Lil'wat Nation, helping with the effort to revitalize the Ucwalmícwts language, which currently only has a couple dozen fluent speakers.

"That whole album is about our culture, our language, our history," he says. "It's not just songs I put out and try to make money from ... I was fortunate to grow up with my grandparents and I was around the language, but I've really had to work hard to speak and learn it. I'm finally getting comfortable."

Voting for the Native American Music Awards is open now. To cast your vote, visit nativeamericanmusicawards.com/vote-now.