The Cube Guys perform at Snowball 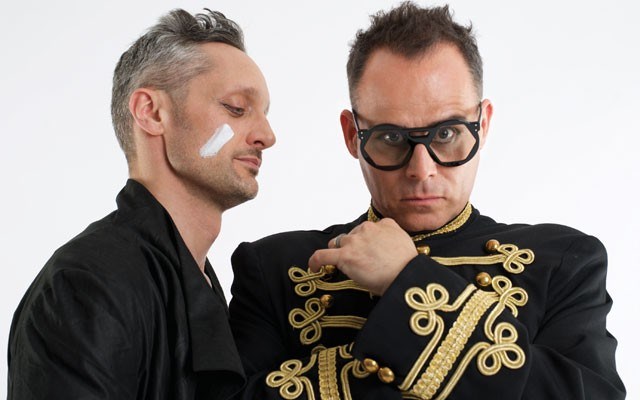 Music is the international language, so when Luca Provera (of Italian house giants The Cube Guys) worries about being understood in English he shouldn't. His beats do the talking.

That said, he also knows how to say pleasing things in this language.

"We definitely can't wait to be there, it's the first time for us in Whistler," Provera says.

"We always love Canada because we have a lot of friends there and lovely people who have enjoyed our music from the early days."

He and his other half Roberto Intrallazzi are performing at Snowball25, Whistler Pride's final night celebration.

It takes place at the Whistler Conference Centre on Saturday, Jan. 28, from 10 p.m. The Cube Guys are backed by Seattle DJ Bret Law.

It's the duo's only Canadian gig in a tour that has taken them to new locations.

"We have recently discovered new countries, Latin America and Eastern Europe are two amazing places, in terms of their reactions to our music and crowd energy," Provera says.

When we connect, The Cube Guys are fresh off a performance in Argentina.

"The show here was unbelievable. People in South America are very hot, in terms of reactions. Lovely vibes and they dance all night long, crazy all night long. Whistler will be the same, I think," Provera says.

"We always love to bring new music to our shows. Our challenge is to always create a musical journey with the right balance of energy and groove. We are very excited to play for a gay Pride (festival). Anywhere we go, the reactions at Prides are – wooo – huge."

The Cube Guys formed in 2005, with Provera and Intrallazzi already two of the biggest producers in Italy.

"Me and Robbie were very good friends already," Provera recalls.

"We loved to produce music together, but back then we had very similar passion for clothing and other (lifestyle) stuff. The music came later."

In Italy, the Cube Guys are known for their performances in clubs around northern Italy, where they bring out Cube concept nights, with inflatable cubes hanging from the ceilings and "a lot of gadgets."

Other shows and events taking place in the final days of Whistler Pride include:

Thursday, Jan. 26: DJ Landon James at the CABN at 9 p.m.; and DJ Pacifico at the festival's pool party, Splash, at the Meadow Park Sports Centre at 10 p.m.

Friday, Jan. 27: The annual Whistler Pride Ski Out and March starting on Whistler Mountain at 3 p.m.; and DJ Nick Bertossi at Friday Après-ski T-dance at the Whistler Conference Centre, followed by Furrocious at 10 p.m.

Saturday, Jan. 28: Sashay with DJ Smoothie and Phenomedon at CABN in a benefit evening for Foundation of Hope and Rainbow Refugee at 8 p.m.