The layperson's guide to the VSO 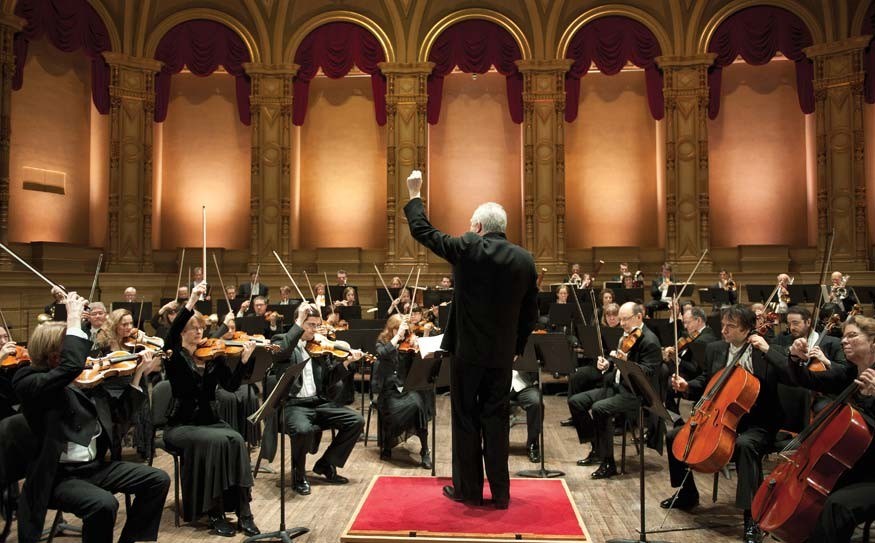 Friday marks the long-awaited return of the Vancouver Symphony Orchestra to Whistler.

Yes, the glory days of VSO on the Mountain have sort of returned, but rather than being at the mercy of the elements way, way up on Whistler Mountain (one reason why the former annual event was discontinued), they'll make their debut at Whistler Olympic Plaza. That's right! Sheltered from rain, sleet or sunshine, with grass all around for the general public, the VSO will make you weep with exultation, if you care for this sort of thing.

Because these concerts will attract the "general public," there will be only general knowledge of the music performed. As such, Pique is offering a rough guide to each of the composers and pieces on Friday night's "Classic Summer Celebration," which will feature pieces from notable European composers whose names aficionados know all about, but everyone else will have trouble pronouncing.

Saturday night features works by Beethoven, Tchaikovsky and Brahms, which everyone should have an idea about by now, unless you failed Grade 7 history and never went back.

Who is this guy? Antonín Dvorák was a Czech composer in the late nineteenth century who combined romantic and classicist styles, employing the folk music of what is now Germany and the Czech Republic.

What is this music? These two parts open and close his famed Slavonic Dances "Opus 46," which, when published, secured his reputation internationally. It will also secure his reputation among your immediate family members, if you all happen to be there.

Who is this guy? Camille Saint-Saëns was a French late-Romantic composer best known for his pieces Danse macabre and The Carnival of the Animals. He also introduced the symphonic poem to France and was an early champion of Franz Liszt and Richard Wagner.

What is this music? It fetaures a stunning violin solo — which will mark the first appearance of guest soloist Karen Gomyo — that was written to display the instrument's range. Saint-Saëns was inspired by Spanish dance music when he wrote it, and it remains one of his most popular compositions.

Who is this guy? Bedich Smetana was a nineteenth-century Czech composer regarded in his homeland as the father of Czech music, for developing a musical style that became, at that time, closely identified with his country's aspirations for independence.

What is this music? Also known by its Czech title, Vitava, it's the only piece of Smetana's famed six-movement cycle Má Vlast to be commonly performed on its own. The piece contains Smetana's most famous tune, utilizing tone painting to evoke the sounds of Bohemia's great rivers.

Who is this guy? George Bizet was a nineteenth century French composer best known for his operas. His career stalled following a very a successful start as a student. In 1875 he completed Carmen, which is now one of the most popular works in the opera repertory. He died that same year of heart attack at age 36.

What is this music? The VSO will play excerpts from the famous opera, which tells the story of the downfall of a soldier who is seduced by a gypsy. Originally panned as a Wagner rip-off, it eventually gained critical favour as a masterpiece for, according to one historian, perfectly articulating the torments of sexual passion and jealousy. It continued to rise in popularity in the wake of Bizet's death.

Who is this guy? Edvard Grieg was a Norwegian composer and pianist perhaps best known for the incidental music to Henrik Ibsen's play Peer Gynt, written in 1967.

What is this music? In 1888, Grieg extracted four movements for the first of two suites. It includes "Morning Mood," perhaps his best-known work, which has been played prominently in many cartoons, especially Warner Bros. cartoons to establish morning sequences, which means you've probably heard the tune a hundred times without ever knowing the composer.

Who is this guy? Jules Massenet was a French composer best known for his operas, which were very popular in the late 19th and early 20th centuries, but fell out of popularity shortly after his death in 1912. His works were rarely performed, with a couple of exceptions, until the '70s.

What is this music? Meditation is a symphonic intermezzo — an interlude, of sorts — from his opera Thais, and serves as the soundtrack, if you will, to the heroine's reflection following a dramatic confrontation about her life's path thus far. It includes a solo violin (once again to be played by Gomyo) that should have you contemplating your own existence, if you're prone to such activities.

Who is this guy? Alexander Borodin was a Romantic Russian composer and part of The Five, a group of Russian composers dedicated to producing a specifically Russian style of music. He was also a chemist and earned great respect for his work on — what else? —aldehydes. Obviously.

What is this music? Prince Igor is Borodin's best-known opera, which was completed by his Five counterparts after his unexpected death in 1887. The Polosvitian Dances are the best-known selections from the opera — making them, by default, his best-known tunes — and a popular piece in orchestra performance. It was also featured prominently in 1956 B-movie Fire Maidens of Outer Space, which everyone has seen, right?

Who is this guy? Johann Strauss I was a famous Austrian composer notable for his waltzes, which he helped to popularize in the mid-19th century, along with Joseph Lanner.

What is this music? Radetzky March is Strauss's most famous piece, named after Joseph Radetzky von Radetz, an Austrian general. It became a very popular march among soldiers. When it was first played for Austrian officers, they applauded and stomped along to the chorus, a tradition that still exists today when played in venues throughout Vienna, and which you'll continue in Whistler, if you have an ounce of spirit left in you.

Brief notes on Saturday's "Beethoven and Tchaikovsky in the Mountains"

Who are they? Beethoven is the most celebrated composer of all time. He's like the Beatles of classical music. If you haven't heard of him, you've been dead all your life. Tchaikovsky is the most celebrated Russian composer of all time, who was instrumental in developing classical music for aesthetics rather than intellectual impact. Brahms, who will also be included into the fray, is considered one of classical music's heavyweights, one of the Three B's along with Bach and Beethoven.