The man behind the snowboard 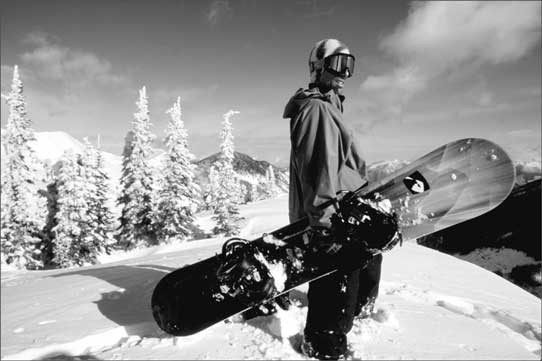 Snowboarding was more about living than playing, Craig Kelly once said. And like life, it comes with peaks and valleys, both sentiments shared in Jacques Russo’s documentary Let It Ride! , the feature presentation of the Whistler Film Festival’s opening gala event on Nov. 30 at the Telus Conference Centre.

Russo, who spent 12 years filming and interviewing Kelly, explores the life of a man who won seven World Snowboard Championship titles and became the first accredited snowboard mountain guide. Then, when faced with the opportunity for millions of dollars in endorsements, Kelly gave it all up to dedicate his life to big mountain backcountry riding — a passion that eventually led to his death when he and six others was killed in an avalanche near Revelstoke in 2003.

The film not only gets up close and personal with the life of Kelly in buddy tales you might hear from friends catching up over beers, but it begins where Kelly’s life took off — the advent of the snowboard and how Kelly was a defining part of the snowboard culture.

Audiences will ride amongst spectacular scenery capturing Kelly’s signature graceful and fluid style, a style that elevated the sport and Kelly to an epic art form. Friends reflecting on the soulful nature of Kelly narrate his snow and sky poetry, while at other times the film’s story breaks through the quiet philanthropist to the boy who loved to tear it up off the mountain as much as on.

“He rides the hill the way it was meant to be ridden,” one friend says.

“(It’s about) looking for a line to play with gravity,” said another.

Some might have called Kelly’s lifestyle an attempt to escape real life. But the film digs deep into the powder to illustrate his own words. Kelly said snowboarding is not an exit but rather an entrance way into the life people should be aspiring to: being in tune with yourself, the environment.

Professional competitor, chemical engineer, outdoorsman, film star, father; the film explores all sides of the man behind the legend, from the days when Sun Ice pastel jackets were all the rage right up to the afternoon of Jan. 20th, 2003 when an avalanche smothered what was thought to be an invincible bright light.

Introspective, humorous and awesome, the film runs the emotional gamut, closing with a teary finish only because you feel like you’ve connected with the man behind the legend and you know something great has been lost and found in the film.

Whistler Stories will precede the special advance screening of Locomotion’s Let It Ride! Whistler Stories is a commissioned film project that funds four films a year leading up to the 2010 Winter Olympic and Paralympic Games. Filmmakers are awarded $5,000 to produce a five-minute short film based on Whistler and the neighbouring areas. The films celebrate Olympic themes of culture, education and sport. This year’s films include Whistler: An Olympic Story by Brian Hockenstein; The Heart of Whistler by Ken Hegan; Normal by Beau and Dustin Blanche; and Eating Yourself Local by Andrea Wing.