The performance of the season 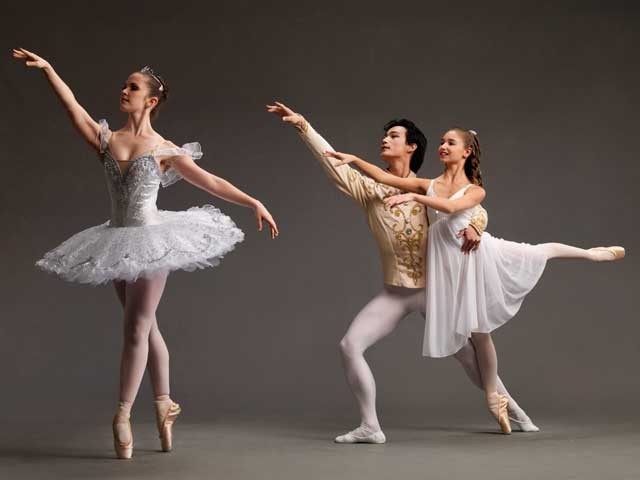 What: Goh Ballet’s The Nutcracker

It’s as festive as wrapping paper and bows, eggnog and turkey dinner — The Nutcracker ballet, with its pirouetting and plié-ing Fritz, Clara and Sugar Plum Fairy, is symbolic of Christmas to many. And for yet another season, the Goh Ballet Academy is bringing its interpretation of the classic performance to Whistler, for four days of performances at MY Millennium Place.

Artistic director and founder, Choo Chiat Goh, started the renowned Goh Ballet Academy in 1978. Born in Singapore, Goh studied ballet at the Royal Ballet School in England, and then at the age of 17, moved to China to study with a Russian master. He also studied with the Peking Dance Academy, and for 20 years, was the principal dancer of the Central Ballet Company, which later became the Beijing National Ballet Company.

After a self-described “cultural revolution,” Goh moved to Canada, where he decided to found his own small dance academy in the basement of a building. The small school has evolved into a world-renowned ballet academy, attracting young talent from around the world — America, Australia, Spain, and Hong Kong.

“My Academy is split up in two divisions,” Goh explained. “One is a professional division, one is a general division.”

This has been a special year for the Goh Ballet Academy, as it celebrated its 30th anniversary in the summertime with a performance, which included a modern piece by a graduate student, Dorothy Masaki, a version of Don Quixote, and other classical dances.

“The audience, the parents, all of the friends were very happy to see the wonderful performance that we held in June,” Goh said.

But the performance they are bringing back to Whistler is a timeless Christmas classic — the tale of The Nutcracker, which the Academy’s professional troupe has been performing for almost 10 years.

The Academy strives to introduce new interpretations of classic, full-length productions. The Nutcracker is one such performance.

“We are using a lot of different dance in The Nutcracker,” he said, pointing out that all of the child dancers from the academy have also been included in the performance.

And each year, they work on taking the holiday performance to new levels.

“Every year, we really improve,” he said. “…It’s getting better and better each year.”

By next year, they hope to have established a professional company production of The Nutcracker.

“Our city needs our own company here to do The Nutcracker, to do a proper Nutcracker, and one that is at international level, not local level,” he said.

The performance appeals to a universal audience — young and old, ballet lovers and non alike.

“It’s performed every year in December during the holiday season. The Nutcracker is always popular for the audience,” Goh said. “…They love to celebrate the Christmastime by seeing the ballet.”

Typically, Goh Ballet’s performance of The Nutcracker features over 100 dancers, but because of space limitations at the Whistler venue, they perform a scaled-down version of the dance, using only about 20 professionals. The eight principal dancers include Stephanie Pedlow and Alison Burgess in the shared role of the Snow Queen and Sugar Plum Fairy; Reid Cuming and Ken Guan as the Prince; the Mouse King and Magician are played by Cheston Repola and Miguel Nguyen; Clara is played by Janica Grenier and Candice Gordon, while Fritz is played by Theo Duff-Grant. This year, they’re also incorporating dancers from a local ballet program into the piece.

A big aspect of the performance is, of course, the stunning props and costumes that are featured in the spotlight, alongside the talented dancers.

This will be the third time the Goh Ballet dancers have come to Whistler to perform The Nutcracker.

“We had great sold-out shows and they’re able to stand on their own,” he said.

Even before the performances were announced, Marriott said they had received a lot of inquiries at MY Millennium Place about the show.

“It seems like the traditional thing to do at Christmas, so we had lots of interest,” he said.

Ticket sales for all performances are going strong, but tickets are still available at www.ticketmaster.ca .