The Point gets busy with summer events 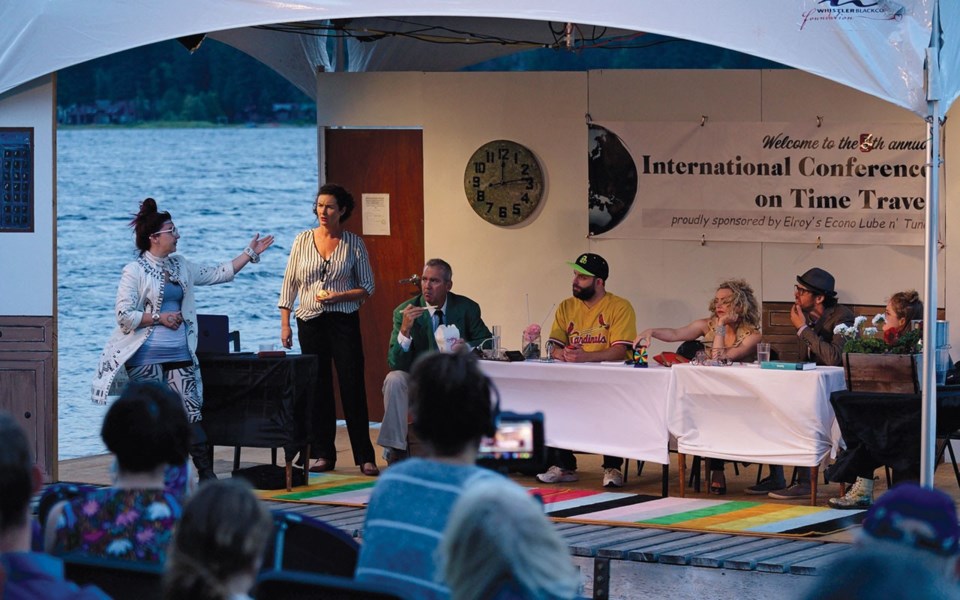 Summer is heating up at The Point Artist-Run Centre.

The Alta Lake venue has released more details about all the events taking place this season. Kicking things off on June 30, Sundays at The Point returns with a café, bocce on the grass and live music. Mount Currie father-daughter duo Leroy and Daisy Joe will play the first event, followed by Jenna Mae Togado on July 7, Papa Josh on July 14 and Aidan O'Heaney on July 21.

The eighth annual Flag Stop Theatre & Arts Festival is also returning from Aug. 9 to 11. This year, Stephen Vogler's play, About the Moose, will take place on the floating dock. (It will also tour up the Sunshine Coast to Gibsons on Aug. 16 and Powell River on Aug. 17.)

For those looking to hone their skills this summer, Aude Ray will be hosting a two-day song writing workshop for adults in the evenings on Aug. 13 and 15, as well as her annual Expressive Arts Camp from Aug. 12 to 16 for young artists.

Papa Josh will be hosting Into the Groove Music Camp from July 15 to 19 for young musicians, while Ira Pettle's Kids Improv & Acting Camp is set for July 29 to Aug. 2.

For more information on all the events and how to sign up, visit thepointartists.com.

Do you have big art ambitions? Say, the size of a building?

If so, you might want to make those dreams come true and enter your original art piece to be considered for the Squanderer Mural Festival. The event is seeking murals for five different locations in downtown Squamish—Corsa Cycles, the Knotty Burl nightclub, Howe Sound Brewing, The Common, and Crash (the old Chieftan Hotel).

To submit, artists must send in a mock up of their original art, the type of material the want to use, their name and the name of the artists on their team with bios or resumes, and a confirmation that they're available to paint between Aug. 1 and Sept. 30.

The deadline to submit is July 1. Those interested should email stanmatwychuk@mac.com.

Volunteer for the Children's Festival

With the Whistler Children's Festival fast approaching, Arts Whistler is looking for volunteers to help with the annual event.

Running from July 5 to 7, there are a variety of roles they're looking to fill, including "All Star," a flexible role to fill-in where needed; décor assistant to help create, set up, and tear down decorations; ticket agent to—you guessed it—take tickets; admission ambassador to help director festival-goers; festival entry ambassador to help dole out tickets; green team member to help with recycling and waste reduction; festival ambassador offering information to attendees; and craft/activity facilitator to help kids with on-site arts and crafts.

All volunteers require a criminal record check with the local RCMP. To apply, visit artswhistler.com/event/volunteer-wcf.

More news on the Whistler Children's Festival front—Arts Whistler announced last week that Will Stroet of Will's Jam is joining the festival line up of performers on July 6 at 11:15 a.m. The Juno-nominated children's performer has appeared on CBC Kids and Universal Kids TV.

To see the full list of weekend events, visit whistlerchildrensfestival.com.