The Squamish jeweler to the stars 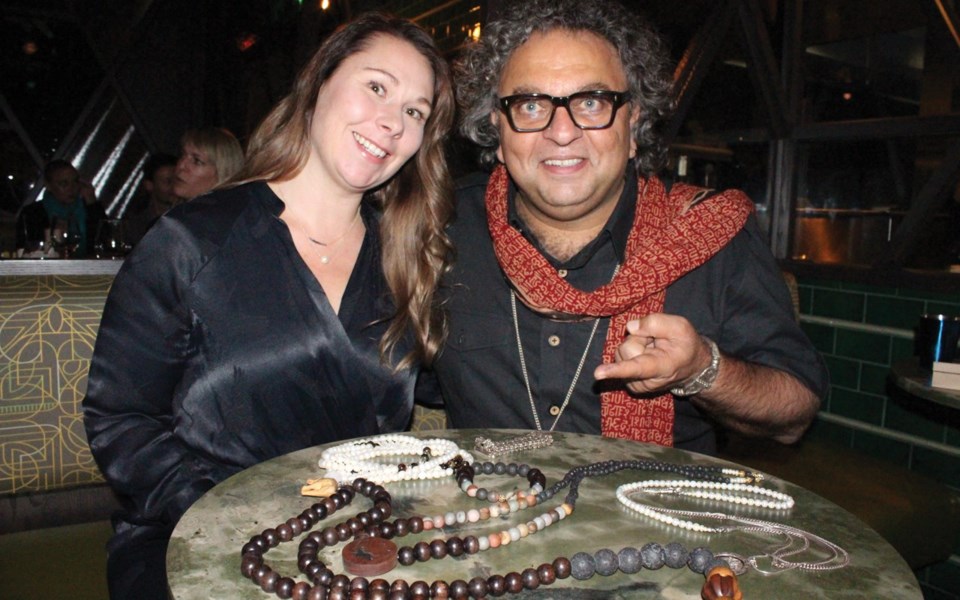 Call it fate, call it divine coincidence, whatever you call Kristy Turney's chance encounter with celebrity chef Vikram Vij, she knows it was meant to be.

The TV personality and entrepreneur was passing through Squamish last summer when he happened to stop in at Turney's boutique jewelry shop on Mamquam Road. Vij became an instant fan of the 38-year-old's earthy, minimalist designs, and eventually the two would collaborate on several custom pieces incorporating beads, gold and pearls from Vij's personal collection that held significant sentimental value.

"He was actually a person I was thinking of sending some jewelry to when I saw him on Dragons' Den wearing some pearls on his wrist," Turney explains. "That never happened, so when he came in, I was like, 'Sweet!'"

Vij's My Shanti collection wasn't the only high-profile exposure the Squamish jeweler has enjoyed. Before making the move north up Highway 99 in September 2016, Turney's Scandinavia Wolf Designs were — and still are — featured in a Yaletown shop that is a regular stop for TV and film producers looking for that statement piece of jewelry to showcase on the screen. Her jewelry has appeared in a number of big-time productions over the past few years, including the Minority Report TV series, Bravo's Girlfriends' Guide to Divorce, and A&E's hit horror show, Bates Motel.

Although she's created a loyal following there, Turney decided to relocate from Vancouver for the same reason so many in the middle class are leaving the city in droves: skyrocketing rents.

"To rent a space anywhere where people are actually going to see your stuff, whether it's Downtown, Kitsilano, Granville or Main Street, it's all very expensive," Turney says. Especially if you're a startup business doing it on your own."

Many in Vancouver's creative class have taken a collaborative approach to counter the city's rising cost of living, teaming up on communal art spaces and adopting a DIY approach to promoting and producing their work. But Turney struggled to make in-roads in a city that is known for its sometimes-chilly vibe. (A 2012 study by the Vancouver Foundation found that one in three people find it difficult to make friends in the city.)

"I wasn't originally from Vancouver so for myself, I didn't feel like I had a community. I didn't really know too many people in the arts," says the Nelson native.

It's been a completely different story since the jeweler set roots down in the Sea to Sky, however.

"In Squamish, and in Whistler, everyone's very open to other people joining in. It's definitely more of a community feel here, whereas in the city it's more little cliques of people," says Turney.