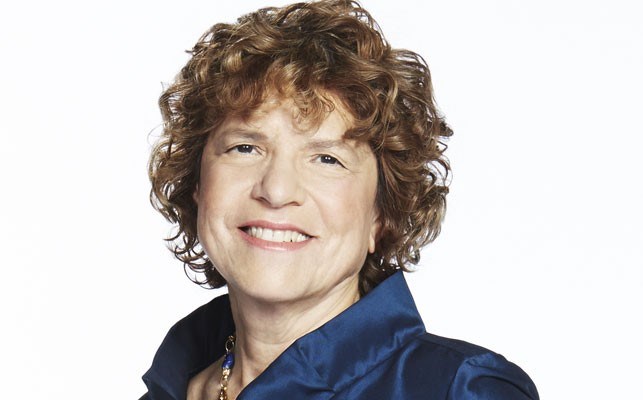 TALKING BOOKS Eleanor Wachtel has hosted CBC's Writers & Company for 25 years and reflects on the experience at the Whistler Writers Festival. Photo submitted

When Canadians want a little imaginative bolthole where they can daydream in a literary sense, they usually turn to Eleanor Wachtel.

Wachtel is the longtime host of CBC Radio's show Writers & Company, which is celebrating its 25th anniversary this year.

To wordsmiths and booklovers alike, Wachtel seems to have the best job going. What does she think?"Yes, I feel extremely fortunate. That's why I continue to be happy after 25 years of doing this job. What I do is not the same job, week to week. I try to have a mix of established writers and new, up-and-coming writers I haven't talk to before," Wachtel says.

"But even if they have been on the show before, they are bringing new books, a new set of ideas, interests and passions. I feel privileged to have that access."

Wachtel will talk about her career and interactions with some of the best writers in the world at the Whistler Writers Festival. The Lives of Writers takes place at the Fairmont Chateau Whistler on Saturday, Oct. 17 at 4 p.m. Tickets are $15.

Known for her illuminating interview technique, Wachtel says this comes down to her own love of reading and the support of a small, dedicated team of "two-and-a-half," all of whom have been with Wachtel for over 20 years.

She says they do "a ton of work" to prepare. With every new book, whether 100 pages or 600 pages, she will read it and sometimes add earlier books by the same author, too, if she is unfamiliar with them.

Wachtel calls it research and it allows her to sustain a long conversation. It's work, not magic, she says.

"With me, my interview style is more instinctive than a strategy. I have a curiosity, not so much for the autobiographical basis for the work, it's more the relationship between the art and the life," she says.

"What fuels the art? What informs the life? I'm interested also because very often the listener won't have read the latest book. I have to open the book up without giving away too much and spoiling it for the reader. Trying to make connections."

She says listeners are interested in authors' lives because of that connection, because we all deal with parental expectations, or hardships, or joys.

"That kind of probing... perhaps probing is not the word... the exploration to the source. It's a kind of depth that I am interested in," she says.

She tends to stick to prose writers, and does not often have poets on her program because she says many are so concise and reduced in their writings that they aren't as agile in opening themselves and their work up to general discussion.

It surprises Wachtel that she has been mining the wordy coalface of Writers & Company for 25 years. And earlier this year, she was promoted from a member to an officer of The Order of Canada.

"I don't know where it went! I'm very surprised, but I am also very proud. It's the longest-running single-host show on CBC... it's amazing," she says.

A special Writers & Company with highlights of the first season will be broadcast on Sunday, Oct. 18.

Her Order of Canada citation states that Wachtel is "the lynchpin that connects Canadian readers to the worldwide literary community," and cites her integrity and warmth.

Asked what she sees as the show's place in Canadian culture, Wachtel goes silent for a moment.

"I think it's for anybody interested in not just writing but also human lives and stories. Listeners write in and say they may or may not read the book, they may not have heard of the authors, but they respond to the stories they hear. I really think the show is not just for people interested in literature and fiction," she says.