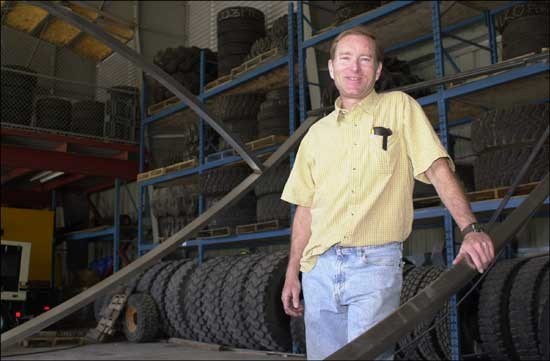 Ever noticed how people in Whistler’s Village Square gather? Around the edges, on steps and patios – with this great big vacant space the size of a tennis court left empty in the centre.

Even if you didn’t notice, Resort Municipality of Whistler officials did, years ago. And through the Whistler Public Art Committee, as a part of the village enhancement strategy, the RMOW sought a better way to utilize the space as a gathering place.

Public art was at the centre of their aspirations, however, the location still needed to provide an open-space to host various summer and winter events.

The troupe got creative and with financial support from Araxi’s Jack Evrensel, who wanted an art piece to commemorate the restaurant’s 25 th anniversary, a portable sculpture was commissioned for the space and installed this week.

Sixteen-feet-high stainless steal beams arc toward the sky with three silver balls in artist Robert Tully’s Three Interwoven Wishbones and Wishes sculpture. Four basalt stone benches will be added, drawing people from the borders of the square into the centre.

"I liked that it was stainless steel, it's light and unimposing," Evrensel said. "It reflects its surroundings and the idea of wishes is something that everyone can aspire and relate to."

You may not see the three wishbones at first. From a distance, during snowfall, the sculpture may seem more reminiscent of skis and snowballs – an abstract take on winter. But reading the title of the artwork, the beams take on a whole new dimension.

"I associate steel with snow and ice, light and shine," said Tully from the RMOW’s workers bay where he assembled his vision.

"To me, the mountains are all about sky and light, being up high with huge views. I wanted to capture that."

Skis become wishbones, wishbones someone’s wishes and suddenly, the benches become a welcome rest for observers to think about passions and dreams.

"People’s wants and desires are interconnected with what other people want, and nature too," he said of the intertwined works.

Creating art for the outdoors has always been Tully’s wish. Raised in Colorado’s mountains, he was never short on inspiration. For more than two decades, Tully has worked in wood, stone, steel and even dirt, shaping earth into tiered forms dramatically set off by prairie grasses.

"All of my work deals with how people relate to nature," he said, pointing to the steel beams and explaining how he sought to create graceful tree-like shapes in the Three Wishes sculpture.

Tully’s multi-dimensional works have received numerous awards, although you’ll never find one of his works in an indoor gallery. The world is his audience, with 26 of his works showcased in various municipalities, primarily in Colorado.

As part of the call for public art in Village Square, artists needed to include sustainability measures in their project proposal. Tully used recycled stainless steel shipped from his Colorado studio, instead of the completed work. Materials were purchased within the Sea to Sky corridor, contributing to the local economy.

Three Wishes is part of the Public Art Committee’s rotating collection. Between November and April, Tully’s work will be moved near Village Gate Boulevard to allow for snow clearing and events in the square. Kevin McFarland, RMOW parks and recreation planner, said the locale will provide a strong visual for arriving visitors.