Time to talk about mountain culture 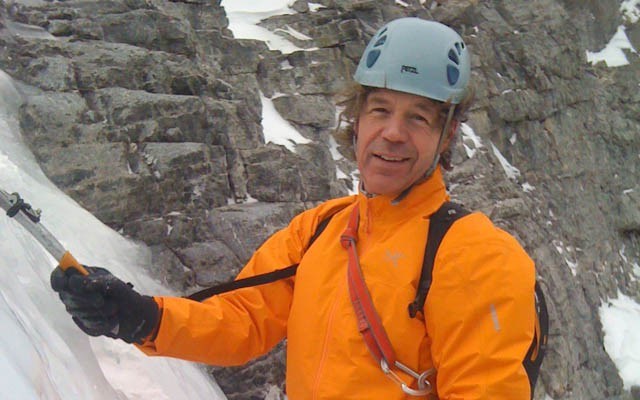 Life-changing accident Backcountry guide Ken Wylie survived an avalanche that killed seven people. He talks about the experience at the GLC on Friday, Jan. 23. Photo submitted

Backcountry guide Ken Wylie's life changed when he was one of two guides working with a party of 19 skiers in the Selkirk Mountains in 2003.

Catastrophe struck in the form of an avalanche that killed seven. Wylie himself was buried for 30 minutes and left with a profound sense of guilt.

His passion for mountain living never changed, but his sense of responsibility and his views of guiding work were redefined. He wrote about it in his book, Buried, which came out in 2014.

Wylie is the first interviewee of a new Whistler in-conversation series, Mountain Story, on mountain culture and the people who live it.. He will be at the GLC on Friday, Jan. 23 at 7:30 p.m. Tickets are $10 and can be purchased at the venue.

The idea, Freeman says, is to bring the human stories behind the fascinating people who live and work in the mountains to life.

She was in Hawaii several years ago and found herself in a bar with a similar interview event taking place.

"I'm not really into surf culture, but the interview was with the brother of a really iconic surfer. My husband and I were just struck by what was simply a great story, really compelling," Freeman says.

They returned to hear a few more during their stay and the seed was planted.

"I thought this was something that was really missing from Whistler, something a little more on the cerebral side but still entertaining and fun," Freeman adds.

Wylie is the first of six speakers over several weeks who will be interviewed by Henderson at the Garibaldi Lift Company (GLC).

"We will be talking to him about his passion for the mountains, which was impacted by such a big event, that avalanche. How that transformed him, how that took him from how he was in the mountain before... We met him and realized how big and complex his story was," Freeman says.

Henderson comes to Mountain Story with a great deal of background knowledge "as a ski bum" in the U.S. and Canada.

"This is a great opportunity for me to meet some amazing people," Henderson says.

"After spending so much time in the mountains around mountain people, globally really, there are a lot of stories, a lot of speakers series... but there is very little that reveals the human stories behind so many people who are amazing and very unique. So many have had moments in their lives that are transformational."

The sixth speaker was not confirmed by press time. Ticket prices and times are the same as above.