Under the (musical) influence 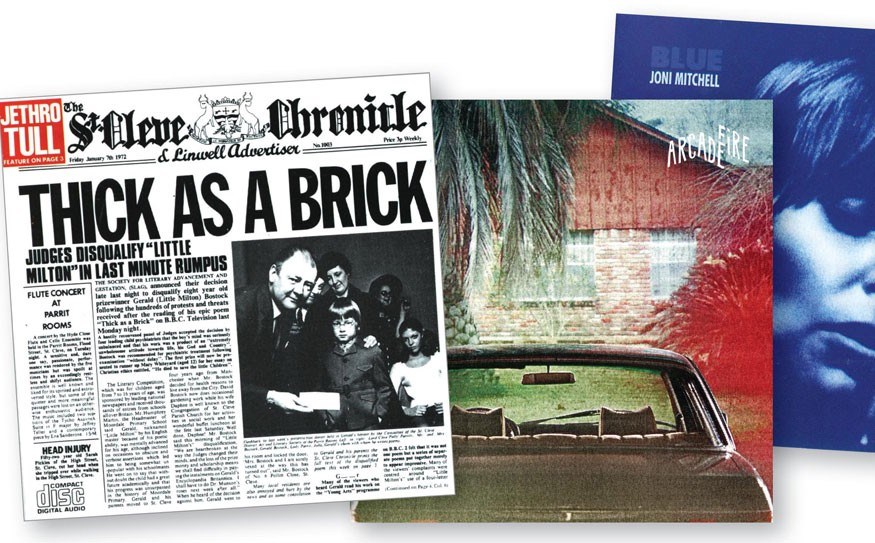 We all know how deeply music can affect our mood, whether it's a sappy song of heartbreak easing us through a breakup or a jubilant jam pumping us up for a summer road trip. But what impact does music have on writers as they toil away creating characters and piecing together prose?

The Pique put some questions about music and writing to authors participating in this year's installment of the Whistler Readers and Writers Festival to find out.

Stephen Vogler is the author of Only in Whistler: Tales of a Mountain Town, Top of the pass: Whistler and the Sea-to-Sky Country and Whistler Features. He has contributed to publications like Explore magazine; the Globe and Mail and several CBC radio shows.

Leslie Anthony most recently published The Body Birchback: Fragile Materials, Strong Bonds. He has written for magazines like Canadian Geographic and Powder, where he is managing editor.

Stella Harvey is director and founder of the Whistler Readers and Writers Festival. She recently published her first novel, Nicolai's Daughter.

Pique: How has music influenced your writing?

Stephen Vogler: I'm really interested in the intersection of different arts. Music and writing have informed my life for a long time. It's what I studied, and I often involve both of them in the projects that I do. At The Point Artist-Run Centre this summer I wrote a play that was performed on the floating stage on Alta Lake and included a swing jazz band. The main character was a trumpet player. In the Creative 5 Eclectic series I put on at Dusty's, I showcase many different artists from musicians, poets and writers to actors, comedians and others.

Leslie Anthony: I'm not really sure, but if there's a subconscious influence it is probably on the lyrical side, and entered my current work via earlier time spent on poetry and songwriting.

Stella Harvey: I'm actually rather boring. I need complete and utter silence when I write. I think that is because I'm a naturally social and hyper person so I think when the world is quiet, I can allow myself to be quiet.

Pique: Do you write to music?

SV: I don't generally write to music, as I prefer to tune in to the music of the language. Occasionally though I'll jump up and play a tune on the guitar just to refresh the mind.

LA: I write to music every day in a coffee shop. Some of it is to my liking and some of it not so much. It's not my choice so I have no control; I just tune out the drek and groove on the good. A soundtrack obviously sticks to some degree, though: in one of my books I acknowledged The Shins and Wilco, who were playing in the coffee shop most days while I was writing it. At home I'd say I listen most often to classical or instrumentals like Ennio Morricone's The Mission while writing.

SH: The only time I experimented with music and writing was with a piece of classical music, but I found that my writing took a dark, or should I say, darker turn. I felt the music and my words in my chest thumping and exploding. I didn't like the feeling.

Pique: Can you name any albums or songs that have played a part in shaping any of your past work?

LA: As a poet and songwriter before I got too deeply into journalistic writing, I instinctively tuned into the great lyricists of the 60s and 70s. I remember being absolutely stunned by Joni Mitchell's Blue album, and the imagery in Bob Dylan's "Ballad of a Thin Man" and "115th Dream." I was also very intrigued by literary concept albums like Jethro Tull's Thick as a Brick and the compression and arc of storylines in Pete Townshend's two great rock operas Tommy and Quadrophenia,

SH: (I wrote) a short story once about a female terrorist in Chechnya. My friend Tim Smith sent me a piece of music after he read the story and it really made my story come to life, I was able to edit it further and include some of the angry bits the music brought out in me.

Pique: Do you think there are any direct connections between music and writing?

LA: Usually it is reciprocal, but sometimes not at all — both can be excessively structured or wildly abstract in different combinations that defy connection.

SV: I definitely think there are connections between music and writing and between many of the arts. It's more about the way you engage your mind and your imagination than anything else. There are certain similarities of approach.

Pique: What's the last album you got and why?

SV: The last two albums I bought were at shows down in Vancouver. If I'm going to buy an old-fashioned CD, I like buying it straight from the artist. I was at Lauri Lyster's The Drummer Girl show at the Firehall Arts Centre a few weeks ago (she'll be playing with the New Orleans Ale Stars on Saturday night at the Wine, Books & Jazz event at the Fairmont Chateau this weekend), and I bought an album she drums on called I've Got My Fingers Crossed. Then I rode my bike over to the Railway Club and there was a great band playing from Fernie called Shred Kelly, and I ended up buying their CD as well called In The Hills.

LA: Arcade Fire's The Suburbs, because it's awesome aural wallpaper and perfect for writing.

SH: This is going to sound weird but it was a Greek singer (George Dalaras) singing about Greek independence in Greek. I wanted to listen to the lyrics and that moan in Greek folk music as a way to get close to the voices I was trying to find for the characters in my novel, Nicolai's Daughters. I grew up with my dad's Greek music. It makes me think of home and a place (Greece) I miss likely every day.