Get ready for concert with a twist, as musicians engage with audience
Oct 25, 2017 6:00 PM By: Brigitte Mah 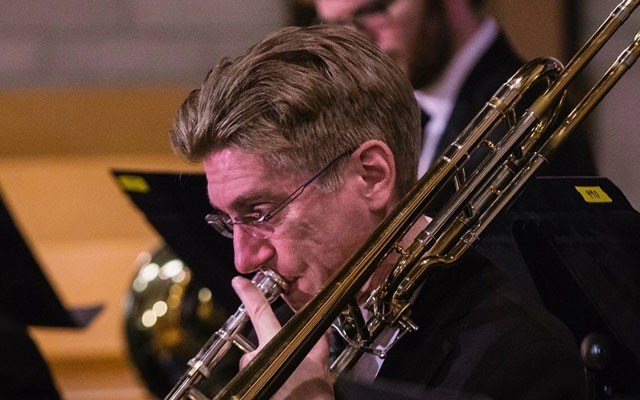 If you've never experienced a live classical music show then you won't want to miss the upcoming Whistler Chamber Music concert on Sunday, Nov. 5 at the Our Lady of the Mountains Catholic Church.

The concert is the second in a series of six that will take place from the fall to the spring, and it features the Vancouver Brass Quintet.

It's going to be a traditional classic concert — with a twist.

"In a typical classic concert, the musicians come in, you have to be quiet, they play and then they leave," said organizer Jane Reid. "We're doing something a little different."

Instead of having the players leave after they have finished, Reid has asked them to talk to the audience.

The idea is to combine artistry with entertainment, and in doing so, make the concert and the music more accessible to the audience bringing a deeper sense of intimacy and appreciation between the performers and the music.

"There's a bond that's formed between the audience and the musicians that in some classical settings doesn't happen," said Reid.

"This is a different format and we have found that people really respond to that: an accessible repertoire and the musicians chatting about the music and the instruments. We leave that up to them. They're often humorous. They enjoy doing it and have a touch of humour."

Reid has found that audiences really respond to this type of concert because it is much more engaging than a typical classical music concert.

And the accessibility doesn't stop with just having the musicians talk to the audience; it's also carried out in the music they'll perform.

"They're going to play a varied concert with quite a few selections," said Reid. "They're going to take us through the history of brass playing. They'll start with more traditional classic pieces from early on and then move through to more recognizable pieces."

Recognizable pieces are more contemporary in nature and range from movie themes to other popular pieces heard in daily channels. On the list of possibilities for the quintet to play is a selection from West Side Story.

"They play classical music, but of course, being brass players they are capable of playing other kinds of music," said Reid.

This is the inaugural season for the Whistler Chamber Music series although there were three trial performances last year. Reid and the other organizers have worked hard to choose groups that are adaptable and amenable to making the concert and music accessible to people with pieces that aren't too long, or are recognizable to the audience.

When you think about that, almost anything is possible for the performers to play.

"In the first Whistler Chamber Music concert, the performers did an encore that was the Downton Abbey theme, which of course was instantly recognizable for anyone who watched the show," said Reid.

The quintet consists of two trumpets, a French horn, a tenor and bass trombone, and a tuba.

(Trombonist Greg Passmore could not be reached by deadline.)

"We're delighted to have them because we haven't had a brass group yet," said Reid. "I think this will be highly appealing to people because people really like brass groups.

"It's such a different sound from strings. Five brass instruments is so different from five string instruments."

"I think anyone who comes to this will be very happy they did."

The concert starts at 5 p.m. and will run for a little over an hour, giving the audience just enough time to whet their appetite on the energy of brass music.

Tickets are $20 for adults and $15 for those under 34 years of age. Advance tickets are available at the Whistler Museum.