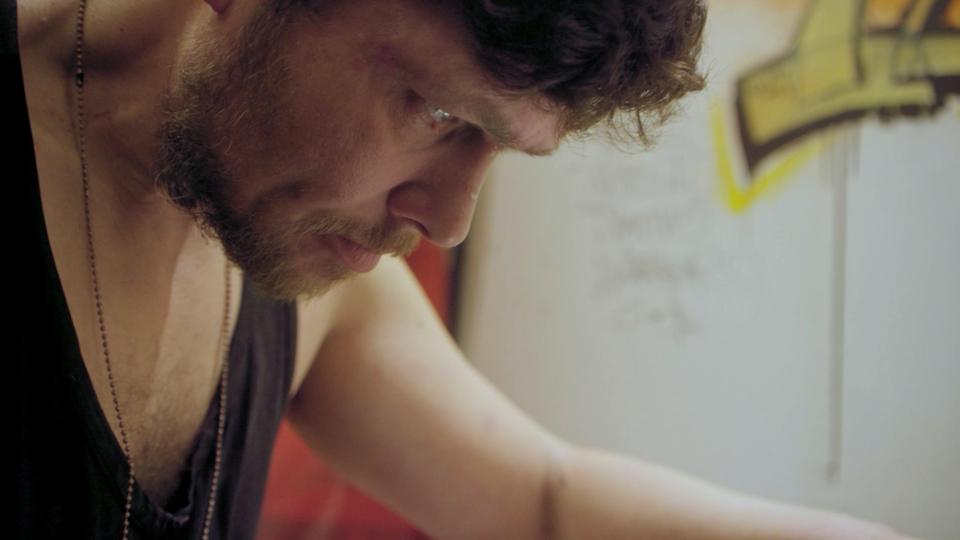 Vancouver filmmakers Sean Patrick Shaul and Kayvon Saremi admit they were a little reluctant to get involved in a second project with Uwe Boll, the controversial filmmaker behind films like Alone in the Dark and the Rampage series.

Boll himself was the subject of a documentary the pair released in 2018, called F*ck You All: The Uwe Boll Story. The film centred "on what an intense, kind of crazy dude he is," explains Shaul with a laugh.

Shaul, Saremi  and Boll were at a showing of that film in Edmonton, talking about potential next projects when Boll came up with an idea for the pair to shine a spotlight on Vancouver's troubled Downtown Eastside (DTES). "As a former restaurant owner in Gastown—he had a restaurant called Bahaus—he was seeing it every single day," tells Saremi.

That film turned into The Decline, a new documentary co-directed by Shaul and Saremi and produced by Boll, that's premiering Sunday, Dec. 13 as part of the Whistler Film Festival. The festival has gone virtual amidst the COVID-19 pandemic, with all films available for streaming across Canada until the end of December.

"We were a little hesitant to get into this subject matter with him," tells Shaul, "But after speaking with him and realizing that he and his wife have done a lot of work for the Downtown Eastside, and that his heart was in the right place, we embarked on it."

Says Shaul, "Just from living in the city for so long and seeing the city change, it obviously is a topic that's on everyone's mind—every Vancouverite's. We were presented with the opportunity of making the film, and dove in, excited to learn a bit ourselves and get the story out there."

According to the BC Coroners Service, the number of overdose deaths in B.C. reached 1,386 between January and October of this year. It's the lethal amounts of fentanyl that continue to show up in street drugs across the province that's leading to the skyrocketing numbers of overdoses, the filmmakers explain in the documentary.

Filming for the project began in August 2019, and wrapped up at the beginning of 2020. The Decline's directors interviewed a wide array of subjects for the film, ranging from drug users to activists to officials, in an effort to gain insight into the opioid crisis ravaging the city and what can be done to stop it. It also examines some strategies employed by other countries—like Portugal, for instance—that have found success in decriminalizing some substances.

At one point, the filmmakers sit down in with a drug user name Derek, whose story Shaul says resonated deeply with him.

Firstly, "It was really surprising how how strong of a guy he was and how how level headed he was," says Shaul, "But I'm 38 he was 37, and we both moved from Edmonton [to Vancouver] around the same time. It was weird to see those parallels in our lives and how I easily could have been that guy with a couple different decisions in life."

Shaul calls that interview one of his biggest takeaways from the film. "It really hit home, just the fact that he was such a similar guy to me, and was in a completely different place in his life and barely hanging on but fighting to try to make his life better."

The DTES: A heavy topic filled with hope

The film's heavy topic proved to be draining for the filmmakers, says Shaul. "Obviously people experiencing [life on the Downtown Eastside] are faced with it daily, but just being involved with it for a few months was pretty taxing on your day-to-day mental health," he says.

The film attempts to find a way through the ongoing issues plaguing the East Vancouver neighbourhood, but doesn't spell out one be-all, end-all solution. "We're just asking more questions," says Shaul. "Not that I thought we'd solve the whole problem."

That kind of a resolution would be impossible due to the complexity of the issue, a factor that Shaul says he found surprising during the filming process. "Not that I thought it was a completely black-and-white [issue], but just the layers to it—it's homelessness, it's mental illness, it's politics, it's housing," tells Shaul. "It's city planning, it's residents—users, drug dealers."

But despite the challenging circumstances that both the filmmakers and the film's subjects faced, Shaul and Saremi managed to find pockets of hope throughout the process.

In addition to local safe consumption sites that Saremi says are "actually quite helpful," the co-director had enormous amounts of praise for DTES workers like Sarah Blyth from Vancouver's Overdose Prevention Society, whose perspective is included in the film. "She's literally saving lives day in and day out and doing her damnedest to help the people down there get by," says Saremi.

"It's impressive to see the resilience of people in the Downtown Eastside—the people who work down there. Because there's so much lack of hope there, that to see people go there day in and day out for years at a time, it's very impressive and and work that I frankly couldn't do myself."

The co-directors were also struck by the immense sense of community between residents of the Downtown Eastside, Saremi explains. "Relationships are quite strong down there," he says. "They have each other's backs on a daily basis."

Adds Shaul, "With so much despair on the surface, it was, I guess, hopeful to find that sort of community there in the face of such problems."

If there's one element that Shaul hopes viewers take with them after watching the film, it would be "a further understanding into addiction and what it's like to live like that, and what can be done to, hopefully, solve what seems like an unsolvable problem," he says.