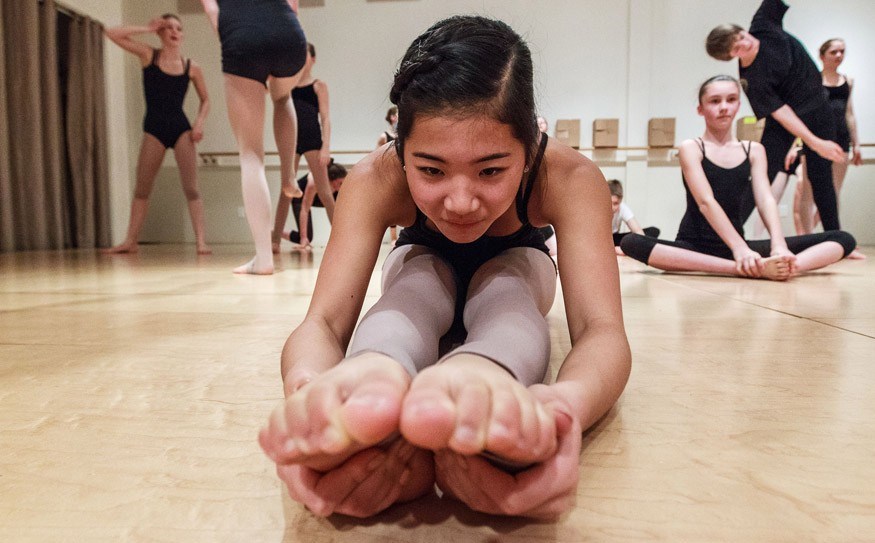 Poke and prod all you want, but the co-owner (and administrative director) of the Vibe Dance Centre is not giving away more than a morsel of information about the upcoming winter performance of the studio's Vibe Tribe dance group.

"We tend to keep everything fairly quiet," he says, just days from the original production's debut. "I can tell you a couple things: it's called

The Gift. The story revolves around a very special gift that's received. It's about a town of interesting people. I can't say why they're interesting."

Thom, who has written original music for the dance group's performances in the past, won't disclose the artists, songs or even genres that make up the soundtrack either, but he hints that it's an eclectic mix.

"The music is there to support the story, so all the musical pieces are selected based on the story," he says. "We use various artists and songs and styles because we're a dance studio that does all styles of dance."

Curious yet? Here's what else we can tell you: The production, as always, is an original story crafted by Heather Thom, the choreographer, artistic director and primary dance instructor at the studio, and features around 52 dancers from age seven to 17 who belong to the group's dance team.

The dancers, who have to audition to join Tribe, perform everything from hip hop to ballet and jazz dance, to name just a few styles. There are also original sets, costumes and some acting involved.

"I think the mystery of it, the reason (Heather) keeps it a surprise is to keep it more impactful when they see it," Thom explains. "The fact that (past performances have been) so popular, we've been fortunate to have people spread the word to friends and family."

More broadly, the studio attracted its largest number of dancers this year, its third since opening in Function Junction. "It's been a great year," Thom says. "The Vibe Tribe dance team is growing every year, which is great."

That added up to a busy year for the couple, especially when the annual winter show inches nearer.

"There's a lot that goes into it. From Heather's end, it's an hour of 100 per cent originally created material. We have to think of every detail and make sure the story is going to flow well and make sure it makes sense to the audience," he says. "Sometimes we come up with points we want to make, but we have to find the best way to get that point across."

It's a lot of work, but completely worth it, Heather adds in an e-mail. "There's nothing like seeing the dancers beaming on stage and then looking out into the audience and just knowing that we succeeded in entertaining and making people happy," she says.

Come see the mysterious performance, which tends to sell out, Dec. 22 and 23 at the Whistler Conference Centre.

Doors open (with a cash bar) at 6:15 p.m. and the show starts at 6:45 p.m. Tickets are $7 for kids and $12 for adults available with cash only at Fruv, Hatley Scoops or at the Vibe Tribe Dance Centre.