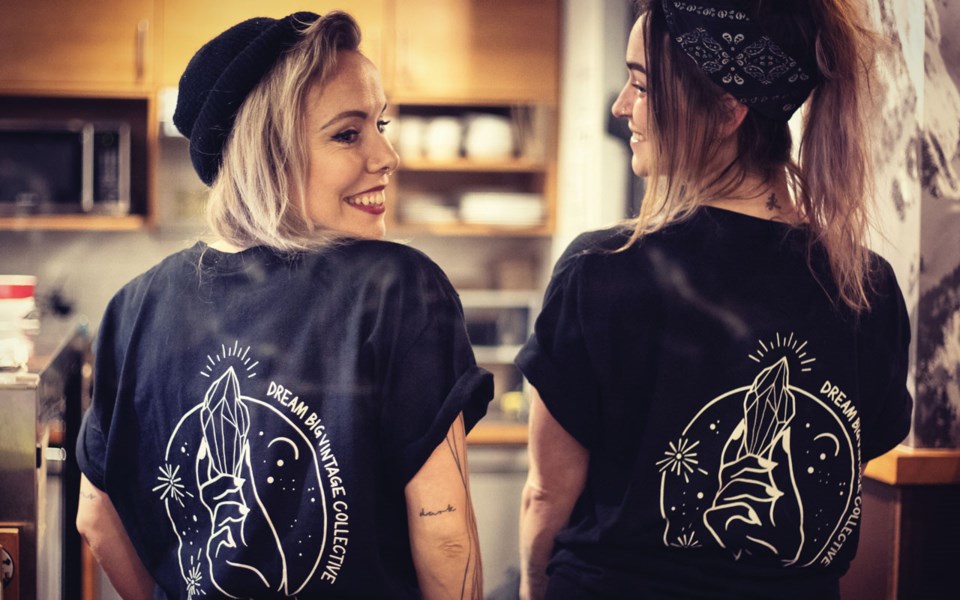 The COVID-19 pandemic might have quashed The Dream Big Vintage Clothing Pop-Up’s last event, but co-founder Helen Hamilton has managed to find the bright side.

For their upcoming pop-up shop on Friday, July 17, at the Whistler Racket Club there will be a handful of new rules—including tickets, staggered entry, and distancing. Shoppers will remain two metres away from each other at all times with no more than 20 people in the space.

Up until mid-March, the pop-up event had been alternating locations between Squamish and Whistler with hand-picked vintage clothes, and often goods from local artisans.

“The last Whistler one we had was in February and it was the best one yet,” Hamilton says. “We realized it would all have to come to a grinding halt. I had done a shop for the next event, we were fully stocked, and we had taken photos and done promotion. We were ready.”

While they considered moving to an online store format, Hamilton says she realized half the point of hosting the pop-up shop is the social element.

To that end, as the province entered Phase 3 of its recovery plan, she started looking at new places to host. That’s when the Whistler Racket Club serendipitously got in touch.

“It’s a huge space in the middle of Whistler that I never knew existed,” Hamilton says. “We’ve been organizing it with them and doing it all really spread out and between a few different spaces within that complex. It’s going to work really well and allow shoppers to have way more time and space to look through everything without a big crowd.”

Alongside their vintage clothes, the shop will also include local vendors selling hand-made items like jewelry, macramé, succulents and plants, art and candles.

Onsite, there will also be outdoor axe throwing, lawn games, a barbecue and a bar.

While there will be no change rooms, shoppers will be able to try on items at home and swap them at a later date if they don’t work. There will also be a one-way flow through the space and plenty of hand sanitizer on site.

There will likely be entry at the door as well, but the Eventbrite tickets will guarantee entry.

After months of wearing leggings and hoodies through quarantine herself, Hamilton suspects locals will be keen to update their wardrobe on a budget.

“When the pandemic set in, the first month or two it felt like it was about survival,” she says. “All the surface fun things like fashion and dressing up and going to parties suddenly became irrelevant. As life starts to get back to normal it starts to become more relevant again.”