Wade Davis shines a light on our power to heal 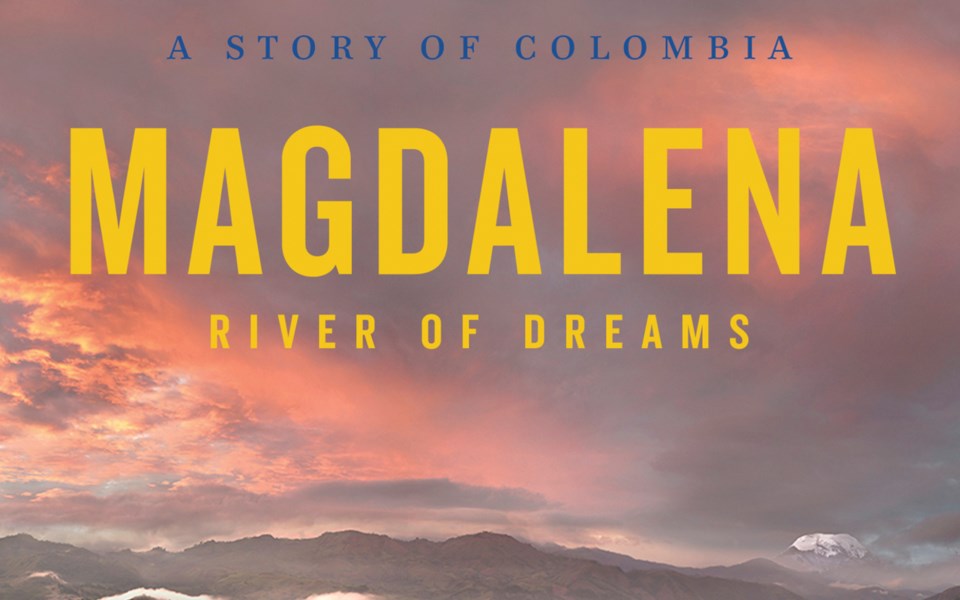 Wade Davis is set to take part in the Whistler Writers Festival on Oct. 17. Photo submitted

A curious blend of travel memoir, history, ethnobotany textbook and environmentalist’s primer, Wade Davis’s Magdalena offers up cures for despair that will inspire even the most disheartened among us who strive to foster peace and healing.

Davis’s evocative storytelling blends the rich and complicated ingredients of Colombia’s history into a soulful batter overflowing with sabor. The author’s way with words creates a spicy dish with zests of environmentalism and compassion. He adds to the mixture a touch of sarcastic acidity, as he describes a city’s new span over the Rio Magdalena as “a modern and imposing bridge where lovers gather to watch the lights of the oil refineries.”

He throws in a dash of horrific pungency as he describes how the locals are surrounded by macabre scenes of violence with the words, “the sheer number of corpses spinning slowly in the eddies.”

These days when we think of Colombia, sadly our memories are drawn to the illicit cocaine trade and the associated murderous era that we observed from afar on the evening news. Our mind’s eye focuses on the ruthless bosses of drug cartels and their cocaine processing labs hidden in jungles. We lose sight of the fact that Colombia is naturally awe-inspiring, which should come as no surprise since it is the most biodiverse country on the planet. And we forget that Indigenous Andeans valued the coca plant as “the divine leaf of immortality,” rather than a business opportunity to exploit for its psychoactive properties.

Davis opens our eyes to today’s reality that “Colombia is falling together” as peace gradually replaces violence and a new generation reshapes the nation. The country is experiencing a season of healing and cultural resurgence that holds great hope for both its people and its nature. Davis demonstrates to us that grief can become grace as we learn to apply resilience to stimulate regeneration.

Magdalena seamlessly intertwines Colombian history and lessons on sustainability. Davis highlights historical gems, such as the establishment of decrees 200 years ago to protect the environment, by Colombia’s liberator and founder Simon Bolivar.

The great Colombian novelist Gabriel Garcia Marquez imagined that Bolivar lamented the state of Rio Magdalena in his dying days, saying, “the fish will have to learn to walk, because all the water will be gone.”

These words remind me of another brilliant, and at times quixotic author who held the natural world in high regard. Theodor Seuss Geisel wrote in The Lorax, “you’re glumping the pond where the humming-fish hummed! … They’ll walk on their fins and get woefully weary in search of some water that isn’t so smeary.”

I sense that Davis strives to demonstrate that repairing the world is indeed possible and that it is in fact our obligation to never stop trying, no matter how daunting the task might appear. Magdalena - River of Dreams offers an antidote to despair, and hope for healing and peace.

Paul Shore is a writer, cleantech marketing consultant, and snowboarding instructor living in Whistler, B.C. His current writing project, Planet Hero Kids, is a children’s graphic novel series that takes a lighthearted and uplifting look at climate action, through the spreading of kindness to help fix the planet.