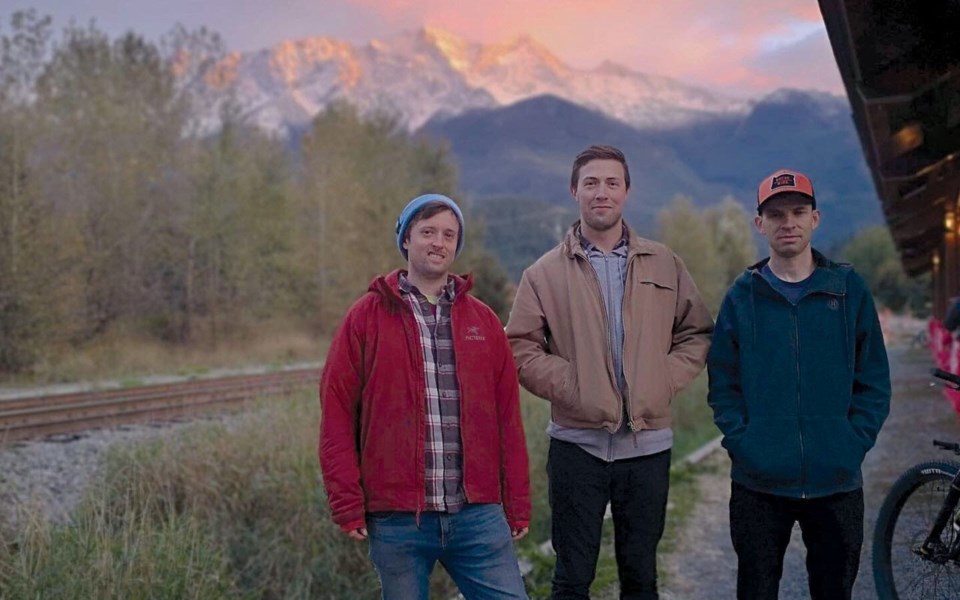 Introduce Wolves debuted two new tracks online, despite having to cancel their release show due to COVID-19. Photo submitted

The thing about ninjas is you might not know when they're around.

It was in this stealth fashion that Whistler rockers Deadly Lethal Ninja Assassin (DLNA) quietly transformed themselves into Introduce Wolves.

"I think pretty much the entire time we had that ridiculous long name, it was always kind of a joke," says bassist Liam McCook. "I feel like it was a joke to us, but other people thought we were being serious about it. And so we always kind of felt like it was somewhat of a hindrance. As we were moving into this new chapter of our life as a band, we thought, 'Maybe we can come up with something a little bit better and a little more serious.'"

Band name aside, their other big shift was moving from playing cover songs to showcasing original music. "We've become more serious about writing our own music and we have quite a full catalogue of new, original music. At this point, we decided that for us to get more global attention, we need to smarten up our name and image a little bit and focus on not being another local cover band in Whistler," adds drummer Scott Barrow.

DLNA played alt-rock covers ranging from Weezer to Smashing Pumpkins, and while the band discovered an audience with an appetite for the genre, local bars weren't quite as receptive.

"I think there was a point where we started getting kicked out and banned from venues we were playing," Barrow says, laughing. "Because we were just too loud. We played a venue in Squamish and we kind of got told after the first 30 seconds we were too loud. We decided at that point maybe our material is not necessarily suited for the places we were playing that are more family-friendly."

To that end, they started prioritizing their original music. At first, the writing process was slow and labourious, but it didn't take long until they figured out how best to collaborate.

"I think the biggest thing was smoothing out the writing process as a band," McCook says. "We sort of figured out what works for us and we can pretty much write a song in practice if we've got a little bit of an idea."

While they've amassed enough material for an album—and might record an EP this year, pandemic pending—last month, they released two singles, "The Rats Year" and "Way of the Ninja."

The former is steeped in heavy guitar fuzz, while the latter boasts a driving bassline. Both serve up hard rock with a side of accessible, melodic vocals.

"Each of us said it independently, we were like, 'Well, we have them ready. Everyone is at home doing nothing, why would we not put them out right now?'" Barrow says. "Everyone is on their phones, on computers all day, every day right now, so now might be the best moment ever to actually release them and promote them."

While the band had planned to launch their original material at Squamish Punk Night in April, that show—like all shows—was cancelled.

"We've really been using this time to get in touch with people, try and get people to listen to the music, booking agents in Vancouver," Malkin says. "It would be really nice to play down there later in the year, especially with bands similar to us."

For now, hear the new singles on Spotify (search Introduce Wolves) or Bandcamp at introducewolves.bandcamp.com.