Where there's WiL, there's a way

Songwriter supporting his live album at the GLC, writing his next one
Dec 11, 2013 8:00 PM By: Cathryn Atkinson 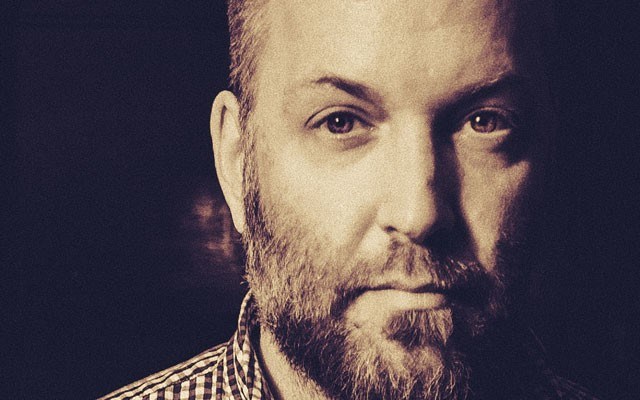 To watch WiL play a set is to see a man who is lost in his work.

He's a strong live performer, rocking away, making his guitar emit every sound possible so long as it contributes to the song he is playing: all the strings, one string left, thumping the side — whatever it takes.

A Vancouver Island transplant via Calgary, where he spent most of his time growing up, WiL (a.k.a. Wil Mimnaugh) has beaten a long, deep path around B.C., the Prairies and beyond, and is well known in Whistler.

So it's no wonder he put out a concert album Live at the Ironwood, or is it?

"With brutal honesty, I looked at it like I'd had enough years of people saying, 'When are you going to do a live record?' I kept telling them it's not that easy. You don't just set up a microphone and record an evening and it's good," he says.

"It's so elusive and tough to grab that environment, that night. The magic. It's a cliché, almost."

Now 43, WiL said playing at the Ironwood in Calgary, which was his musical home for many years, was "wild." Going back there to support the album yielded a slight misunderstanding.

"That was amazing going back to that actual venue. The funny thing is that Patrick, the owner of the Ironwood, he didn't realize that the record was 'WiL... Live at the Ironwood.' He thought I was just telling people that I would be playing live at the Ironwood," he laughs.

"We're friends from years ago. He's a great, true Easterner; a big-hearted man who looks after his people. He just had this shit-eating grin with a huge hug and got really emotional when he realized we'd made a record in his venue. It was a cool moment to go back there and play two sold-out nights and kick ass."

The tour to support Live at the Ironwood is now winding down.

"We did a run of gigs in October and then I went back home for a little while to continue working on a record. Then back on the road to finish in Alberta and a few dates in British Columbia, too," he says.

That the live album happened at all is thanks to his wife Caroline, who manages his career. WiL handed it to her and told her to move it forward.

"I gave it to her partly for selfish reasons, because I needed some time to get my studio record done and I was finding it tough to be motivated to write prolifically and have enough stuff done. I thought I would never release a live record if I didn't think it was good to begin with, but I looked at it first and foremost as Caroline's project that I wanted her to be proud of because we've been together for 25 years and she's seen my entire career from beginning. It made me happy for her. It also allowed us to have two records out without a two- or three-year gap in between."

WiL emphasizes that it wasn't a "last-minute, cash-grab... It just made perfect sense and came at the right time."

The positive response to Live at the Ironwood has been made him even happier for Caroline. The couple will do whatever it takes to ensure WiL can make music, including WiL working as a tree feller and Caroline cleaning houses.

He is full of Wil-like gratitude for her support and faith.

"She's been always in wings, in the dark, behind the curtain. Always dealing with real heavy shit in this. I do the driving, write the record, hump the gear, put on the show, drink the beers, hug the people, sign the CDs, right?" says WiL.

WiL plays the Garibaldi Lift Company (GLC) on Saturday, Dec. 14, at 9:30 p.m. Advance tickets are $15 and are available at www.ticketzone.com.