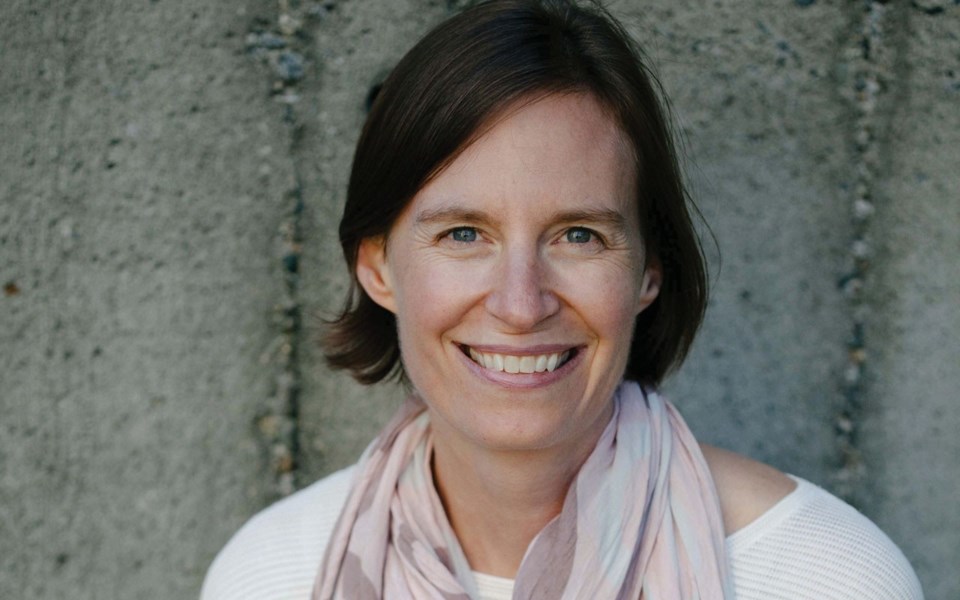 When Whistler author Sara Leach first started writing about her character Lauren 10 years ago, that young girl looked a lot different than she does today.

"The reason I wrote Slug Days (the first book featuring Lauren) as a picture-book manuscript was because I was teaching a little girl with autism spectrum disorder," says Leach, who works as a teacher-librarian at Spring Creek Community School. "She's not Lauren, but that's where the inspiration came from. I was feeling I wasn't being the best teacher I could be for her. I wrote it to explore what she might be thinking."

By the time the book was released in October 2017, Lauren had evolved into her own character entirely. "She's not that student at all," Leach adds. "Lauren is Lauren and every person, whether they have autism or not, is going to be different from everybody else."

That character and her story—which focuses on Lauren navigating the ups and downs of home and school life—was so well received that Leach's publishers suggested she write a follow-up. Late last November, she released Penguin Days, again through Pajama Press.

"It started with my publisher saying, 'Slug Days has done really well. Do you want to do another one?' I said, 'Yeah, I think Lauren has a lot of potential,'" she says. "Because Lauren doesn't always understand social situations, there's plenty of opportunity for her to be put in uncomfortable situations, which means lots of opportunities for stories."

This time, in Penguin Days, Lauren and her family travel to North Dakota for a wedding in which Lauren is a flower girl. "I wanted her to be somewhere where there'd be a lot of people," Leach says. "And I also wanted her to be somewhere where there would be extended family around that maybe she didn't remember. Her cousins remember her, but she was too little last time she saw them, so she didn't remember them."

While writing the book wasn't necessarily easy—though it does mark her eighth children's book—it helped to have the character fully developed this time around.

"It was fun to write about the same character again. To me, Lauren feels like a living person inside my head. It's much easier and fun to write the second book because I've already done all that thinking about her and I know her tics, I know her family background, so all of that is done already," Leach says.

Her goal with the books is not to teach kids about autism spectrum disorder, but rather simply to "write a good story," she adds.

"I'm not setting out to teach anything; neither of these books started from wanting to teach kids about autism spectrum disorder," she says. "They started with wanting to write a good story. My goal would be that kids love it."

The book is available now at Armchair Books. Leach will be celebrating the release of Penguin Days at the Whistler Public Library on Jan. 20 at 4 p.m. She'll be reading from the book as well as talking about the writing process.