When They Came for the Beach draws on years of facts to craft anti-pipeline story
Jul 18, 2019 2:00 AM By: Alyssa Noel 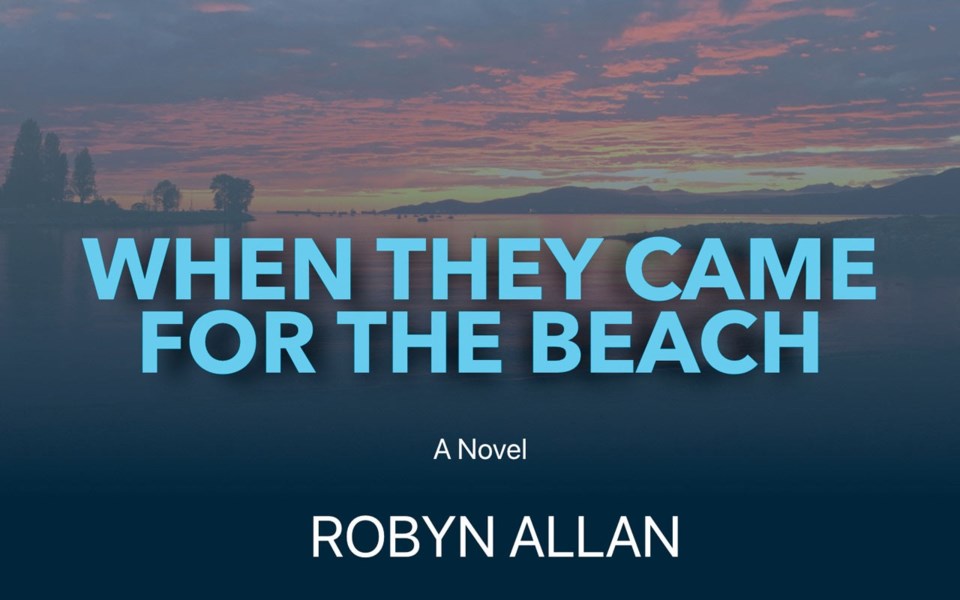 Robyn Allan had had enough.

The Whistler economist, who has held several different executive positions, including president and CEO of ICBC, had been a prominent intervener in the National Energy Board's (NEB) review of the Trans Mountain pipeline in 2015 when she decided to withdraw.

"What I discovered over the process is we are being subjected to a regulatory environment that is no longer functional," Allan says. "The National Energy Board does not protect the interests of Canadians, it protects the interests of the oil industry."

She felt that by remaining part of the process, she was validating it and so she stepped away.

"I resigned halfway through the hearing because I had satisfied myself that the NEB was not doing what it purported to do," she says. "I felt I would have more impact by continuing to do my work and getting it out there, whether it was articles or presentations and speeches or a novel—if I put my [energy] into that."

Allan had written opinion pieces for publications like the Vancouver Sun, National Observer, and The Province about the pipeline project, largely through the lens of an economist. But after her experience with the NEB, she wanted to find a new way to connect with young Canadians on the issue. So, for the first time, she turned to fiction.

"That was the motivation: to try to put this entire issue into a medium that would be accessible, entertaining, and informative," she says. "Novels are a distraction. We read fiction for a lot of reasons, but one of the primary reasons is because it takes us out of reality—and here I was trying to create a fictional reality that was a better window into facts that we're being presented with."

After four years of writing, editing, and rewriting, she released When They Came for the Beach online last month, complete with an extensive bibliography that references facts gleaned from her years of non-fiction writing.

While the story's characters are fictional, their fight against the Trans Mountain pipeline is rooted in facts. The book's main character is Trainer Richards, who lives in Vancouver's West End and works a minimum-wage job as a security guard downtown.

As she and her friends learn more about the pipeline expansion proposal, they begin to uncover an unsettling story and join the fight against the project.

While she was a first-time novelist, Allan says the writing process started simply enough. "I was sitting down one day and Trainer showed up on the page," she says. "She just asked her first question to Barbara; it had nothing to do with the pipeline. It had to do with the challenges that people in their 20s and 30s have to deal with [that are different than] what I had to deal with. What would it be like to be sitting on the cusp of understanding what the challenges of climate change are and nobody in authority seems to be doing anything about it? How do you grasp that? For me [the challenges were] how do I have children and work at the same time? It wasn't nearly as big."

To that end, Allan decided to make the novel available online for free or for a minimum $5 donation as a digital download.

"The main group I think that's at the greatest disadvantage right now is people in their 20s, 30s, and early 40s. The changes that have happened around misinformation have been relatively recent," she says. "There are things that are difficult in getting this message out and there are things that are relatively easy because of my background. The story I'm trying to tell would be hard for some. I discovered a different story because I was able to dig in different places."

To read or purchase When They Came For the Beach (along with an extensive bibliography linking to events mentioned in the story), visit novel.robynallan.com/.