Whistler photographer steps in front of the lens 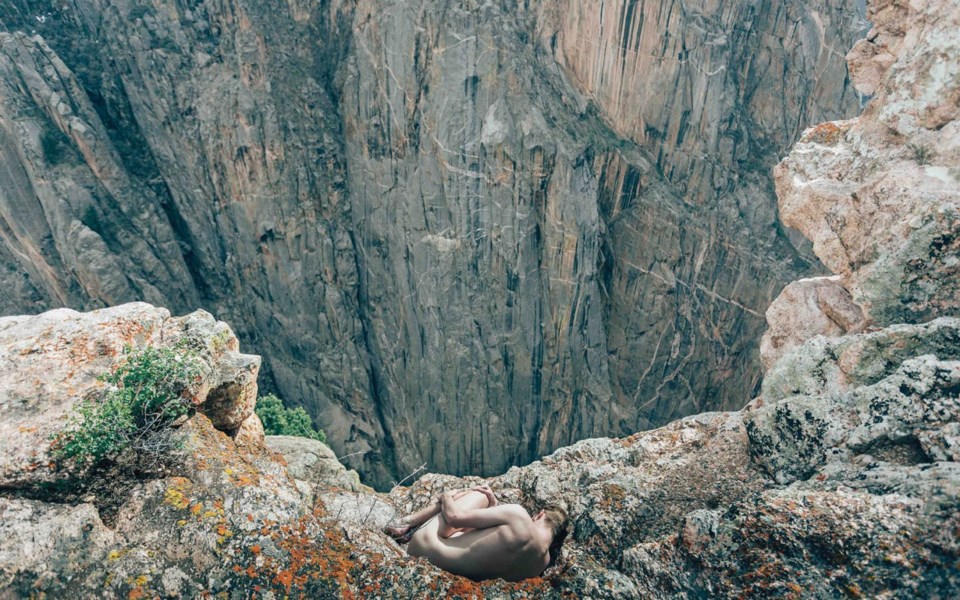 picture perfect Kyle Graham's self-portrait was featured in a show at the Fort Gallery this summer. photo by Kyle graham

The Whistler fine-art photographer had been accepted to attend an artist-in-residence program in Paonia, Colo. when he found himself in "a massive, existential crisis."

"I was debating why I was there, the value of my work and life in general," Graham says. "Being around these other artists and hearing what they had to say about my work and seeing their work and process—something started to click through that process."

In the past, Graham had explored shooting nude photos in the wilderness around Whistler—to stunning results. But the experience in Colorado pushed him to overcome hang-ups about his own body and experiment with nude self-portraits.

"I realized recently that doing self-portrait work is like a diary to me," Graham says. "I've suffered from depression and anxiety a lot (and) in the past, people would say, 'Write down your thoughts to make you feel better.' (Taking self-portraits) has been cathartic."

His journey to get to that point wasn't easy, though. "I used to be extremely self-conscious (to the point) where taking my shirt off at the beach at Lost Lake was a challenging thing. I could do it but it made me nervous," he says.

It wasn't until he travelled through Australia and New Zealand that Graham realized the amount of energy he spent devoting to his anxieties. So, he decided to face them head on. "I started to skinny dip in New Zealand," he says. "I felt outrageously liberated. The next step was the Lost Lake nude dock then live art modelling. Within photography, it's been a slightly slower (progression)."

That might be true, but some of the resulting pieces are starting to gain attention. This summer, a jury selected one of his photos to be featured in an exhibit called Altered Spaces at the Fort Gallery in Fort Langley.

"I had an image in there where I'm in the fetal position at the edge of a cliff in Colorado," he says. "That piece, in part, represents depression."

More recently, Graham was named a semi-finalist in the Bombay Sapphire Artisan series for this region, with a photo set to be at Vancouver's Gallery Jones in October. The show will run for just four days, but the winner will earn a trip to Miami.

"For me to get in as a semi-finalist is winning," Graham adds.

In a town dominated by mountain landscape art, it can be challenging to explore less conventional subjects, he adds.

"We're in this bubble in Whistler, going to Crankworx and slopestyle (competitions) and everyone is dressed the same," he says. "I'm part of that group and scene, but I wanted something different than a slow-motion shot of handlebars or Black Tusk. I have a fascination with something different. It's been a bit challenging."