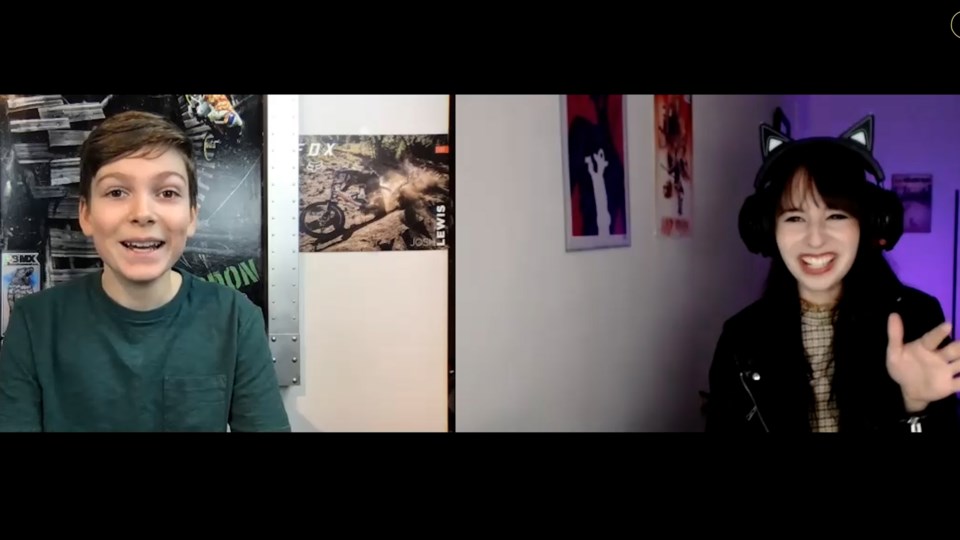 Not everyone can say they picked up new skills during the pandemic.

But one Whistler teen managed to parlay his acting skills into a gig hosting an episode of a new online series aimed at connecting kids, combatting bullying, and promoting kindness.

“Chelsea was super nice,” Wilson says. “It was really amazing. It was also a lot about anti-bullying and cyber bullying. It felt really good to maybe be that person that somebody saw in a video and thought, ‘Hey! Maybe I could use that.’”

The idea for the series first started in September when Andy Telfer of the WITS Programs Foundation—an anti-bullying and peer victimization program with the acronym standing for “walk away, ignore, talk it out, seek help”—approached producer/director Harrison Houde.

“[He] was like, ‘Hey, I have this idea for a show. It’s about connecting kids through the pandemic and giving them the chance to do some story telling and connect them with celebraity guests,” Houde says.

An actor himself, he also had plenty of connections to recruit other talent, ranging from Sarah Levy (Schitt’s Creek), Andrea Bang (Kim’s Convenience), and Dylan Playfair (Letterkenny, Haters Back Off). They also tapped Travis Price, founder of Pink Shirt Day, to host, alongside talented young actors, like Wilson, from across Canada.

“The format looks simple,” Houde says. “But the scheduling was kind of difficult between lining up a co-host and a celebrity with a date when they’re available and when Travis and the film crew are available. That was our challenge with it. We shot it in a way where all of Travis’ shots were in one weekend. I was piecing it together with an editor from there, but it looks like one cohesive show.”

The young co-hosts, meanwhile, were chosen after the team put out a call for kind stories, initially thinking they would just feature those tales each episode. “We didn’t have co-hosts in the beginning, but all of our submissions were from actors—Nathaniel included in that,” Houde says. “I was like, ‘Why don’t we get a bunch of kids to co-host and they can talk to these guests?’”

After paring down the selection, they asked the potential co-hosts to send in 20 second audition tapes.

“My mom is pretty awesome; she just finds these things doing her magical mom things,” Wilson says. “Then she tells me about them and I was like, ‘Oh that sounds really cool. That’s awesome.’ I sent an audition and then I got it.”

Houde says it was partly Wilson’s mix of interests that caught his attention on the video. “He said, ‘I live in Whistler and I love videogames, but I also love going outside and skiing and biking,’” he recalls. “I was like, ‘That’s awesome. It sounds like me when I was his age. Let’s put him with a gamer because he’s probably doing a lot of indoor stuff right now.’”

“His episode is with Chelsea and I thought that was cool. I imagined he watched her on her YouTube show or had seen some of her gaming stuff. That was a cool connection.”

For his part, Wilson—who has acted in three commercials over the years—says he picked up some new skills and had a good time.

“[Hosting] felt odd in a sense, but after 10 minutes it felt really good,” he says. “Once I was able to just start talking, it was smoother … Asking someone about themselves, it was really cool—just an interesting feeling going off of me asking the questions versus me always receiving them and having a script to go off. It was a great experience.”

More on the project is at storiesofkindness.ca.