Whistler's Hear and Now Festival this weekend shines on the corridor

The Spiritual Warriors, Bluesberry Jam and 18 other bands set to play in Whistler Village
Sep 19, 2018 6:00 PM By: Dan Falloon 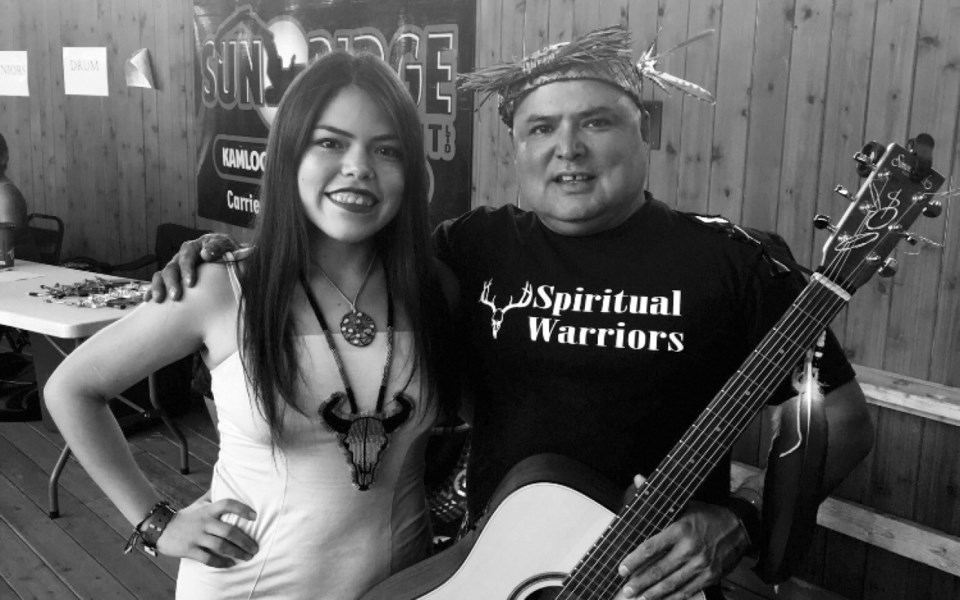 STRONG SPIRIT The Spiritual Warriors will play the Hear and Now Festival in Village Square on Saturday at 2 p.m. PHOTO submitted

From Squamish to the south to Mount Currie in the north, the entire Sea to Sky corridor will be well represented at the Hear and Now Festival in Whistler Village this weekend.

From the northern reaches, The Spiritual Warriors are set to bring their reggae vibes to Village Square on Saturday, Sept. 22 at 2 p.m.

Bandleader Leroy Joe is excited to return to the festival after a well-received set at the 2017 event.

"It's a great opportunity again to showcase our style of music," Joe says. "We had a great time last year. You always want to be part of something that's local."

The Spiritual Warriors are a reinvention of Kalan Wi, which won Best Historical/Linguistic Recording for Celebrate at the Native American Music Awards in 2013. The switch happened around the time Joe's daughter Daisy joined the group as its vocalist at the age of 14.

Joe recalls that it was Daisy's idea to join the group and fill the vocalist void.

"We had quite a few shows coming up and because she knows the language and the songs, she came up to me and she said, 'Hey, I can sing with you, Dad,'" he recalled.

Though she was young at the time, Joe says it was a smooth transition incorporating her into the role.

"She was a pro right from the beginning," he says. "She's been playing music since she was a little girl because I had my guitars around. She just liked to play.

"I keep telling her she should start her own project sometime, but in the meantime, she's stuck with me," he adds with a chuckle.

Joe explains fans should recognize similarities in sound to Kalan Wi, mixing in rock and punk influences with both world and traditional music.

"I still like the same style of music, incorporating the Stl'atl'imx and Lil'wat styles of language and drumming and chanting into the music," he says. "We're going to sing about the land, the culture.

"Reggae music is always good music, and it's a way to introduce (people) to our traditional chanting in a different way, with more contemporary world music."

Meanwhile, Squamish's Bluesberry Jam will wrap Saturday's festivities with a set at 7 p.m., marking their first show in the resort in years.

Lead singer Woody Woodbridge recalls the band played major gigs like at the 2010 Paralympics, but after a well-connected member of the group moved away from Whistler, the band ended up focusing more on gigs in and around Squamish.

However, with vocalist and bassist Rita Kyle now playing with Whistler folk singer Laura Nedelak as part of Unit 208, the band had re-established a connection to the Whistler scene and was encouraged to apply to play in the festival. They ended up with a headlining slot.

"How much did we pay for that?" tenor saxophonist and guitarist Keith Junkin jokes.

"(Arts Whistler executive director Mo Douglas) said, 'We wanted to give you that time because we wanted people to enjoy themselves,'" Woodbridge says.

"We have a lot of tunes that everyone knows, a lot of the old R&B stuff. It's more suitable for dancing—it's not like a mellow daytime show. It's got a little more energy," adds Kyle.

Despite Whistler's reputation as a party town, Junkin says the group doesn't find the shows here any more raucous than elsewhere, though he expects Saturday's show to get wild.

"As long as people like to dance, it's a universal audience. There's no geographical boundaries from people wanting to have fun," Junkin says.

While Bluesberry Jam has a slate of original songs, only one is on the list for Saturday's show. Junkin explains it's because the band wrote the songs years ago as a smaller unit, without the backup vocalists and full horn section, but will work them back into sets upon incorporating those new elements.

"We'll add that and then we'll start doing more originals," he says. "We've been very busy, so we haven't had time to go back and do that creative stuff."

With the group expanding to 11 people, it seems like a situation primed for a logistical nightmare, but the members say that with everyone so passionate about the music, it's been surprisingly smooth.

"You would think it would be super complicated, but everyone's really cool," says vocalist Samantha Sinanan.

The Hear and Now Festival runs from noon to 8 p.m. on Saturday, Sept. 22 and Sunday, Sept. 23 with 20 bands. For more, visit artswhistler.com/hearandnow.