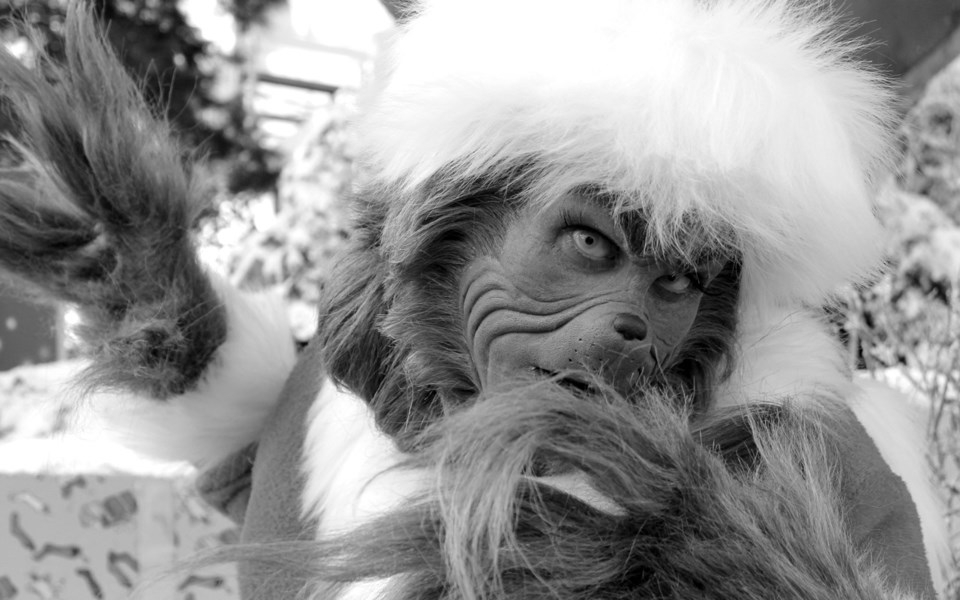 I reserve a special kind of disdain for Christmas music.

Sometime over the years, my appreciation for the saccharine songs of the Yuletide devolved into fierce contempt. Being forced into playing the same two Christmas albums on endless loop at my soul-sucking retail job was a unique form of sonic torture I'm not sure I've completely recovered from. Surely it also didn't help that my family tended to ditch anything resembling holiday tradition quicker than an old pair of shoes. (The one ritual we did gravitate towards was a semi-annual trip to Toronto's Chinatown because it was the only place in plaza-riddled Southern Ontario where the stores would stay open on Christmas Day. Because if ever there was a day to engage in the time-honoured tradition of vapid commercialism, it's Christmas!)

But having thought about this for at least 12 minutes, I realized that my loathing of everyone else's favourite holiday ditties runs even deeper. Let's face it, the majority of Christmas tunes are phony, sugary-sweet idealizations of the nuclear family enjoying chestnuts roasting on an open fire instead of arguing about politics over a plate of grandma's stuffing like normal people. It's pure escapism.

I've written about my Grinch-like hatred of festive tunes before. But I'm four years older now, and at least two years wiser, and in the interest of self-improvement and all that jazz, I'm willing to be convinced that Christmas music isn't the absolute worst.

So I went straight to the source, asking a who's who of local musicians for their take on holiday classics. I posed the same questions to all of them, in the hopes of letting a little festive cheer seep into my black, black heart. Some shared my disdain, while others have been sipping the eggnog-flavoured Kool-Aid. There were also some strong opinions on Mariah Carey.

Squamish folk-rocker extraordinaire Will Ross had a similar brain-frying past at a retail job playing "eight to 13 hours a day" of holiday music, but the guitar instructor's perspective changed last year after becoming Spring Creek Community School's artist in residence.

"One of the highlights of my career," he says. "I guess when you aren't a part of the rat race that is retail this time of year, you can enjoy it for what it is a little easier."

On the flipside, soulful songstress JennaMae Togado is a Christmas music junkie, which I know from all the exclamation points she used to describe her appreciation.

"I like that everyone knows holiday tunes! I like that it makes you stoked out while you decorate your home! I love all the different versions from all over the world! I love how universal it is!" she exclaimed.

Bluegrass king Monty Biggins takes a decidedly philosophical approach to holiday music, refusing to join me in my supreme hatred. "I don't despise any music. It's all a reflection of humanity and moments in time," he says. "I find some themes to be too much, like church hymns, and although choirs are fascinating, I'm not really into those themes."

For self-described romantic, Meaghan Mullaly, also known as her hip-hop alter ego, Lozen, Christmas music, for all its cheery bluster, hits at something more profound at this special time of year.

"The root of most holiday tunes is something (race, gender, ethnicity and creed aside) we all resonate with. The common bond we share is the desire to be loved and accepted," she says.

And while we may not see eye to eye on all things festive, Togado and I do agree on our admiration for the supreme pop diva, Mariah Carey, whose classic holiday album, Merry Christmas, still gets regular play more than 20 years after its release.

Her musical compadres? Not so much.

When asked for his most despised holiday tune, Ross picked literally "any song" by Mariah. Ditto Ace Mackay-Smith, a.k.a. Whistler's beloved party starter, DJ Foxy Moron. Mullaly, meanwhile, questioned the appropriateness of pairing a middle-aged Carey with a teenaged Justin Bieber on their 2011 cover of All I Want for Christmas is You.

"So that would make (Carey) 41 years old and (Bieber) 17 — not yet old enough to drink, vote or go to war. I guess technically that's legal for consent," she says. "I don't know, maybe I should give her props. I mean, as an older woman she sure is empowered."

And while I'm willing to concede that Christmas music maybe, kinda isn't as terrible as I'm melodramatically making it out to be, I will not budge when it comes to Mariah. You're wrong. That woman is a divine angel sent from the heavens to grace us with her supernatural falsetto, and I will hear nothing to the contrary. Happy holidays, y'all.