Whitehorse: married to the music (and each other) 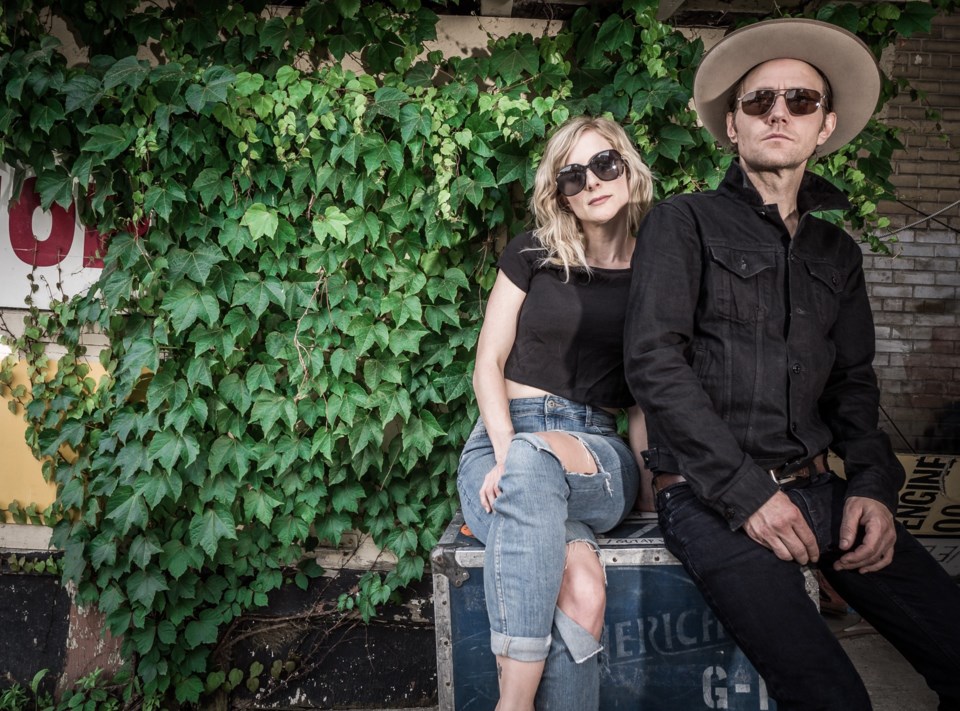 DYNAMIC DUO Luke Doucet and Melissa McClelland had already been playing together for years when they decided to forego their solo careers to form Whitehorse in 2011. Photo by Lyle Bell

For more than a decade, the award-winning husband-and-wife duo behind Hamilton, Ont.’s folk-rock outfit, Whitehorse, have been flouting that old, slightly crass piece of relationship advice that warns not to shit where you eat.

But then, Luke Doucet and Melissa McClelland have never been ones to hew to convention. Married since 2006, they put their promising solo careers on hold to work, tour and create together, a natural step for the couple that had, by that point, already shared plenty of time together both in the studio and onstage.

“It was pretty natural in the sense that we’d been collaborating for years anyway, whether behind a Melissa tour/album or one of mine,” says Doucet via email. “Eventually it just made practical sense, although the creative doors it opened would reveal themselves to us as we settled into our new roles as band members versus solo artists.”

Just how well the pair compliments each other is evident the moment you hear Whitehorse onstage, Doucet’s slick guitar chops girded by McClelland’s densely layered live looping (McClelland, it should be noted, is no slouch on the guitar, either).

And yet, like any partnership—creative, marital, or otherwise—there have been disagreements. Both solitary writers, the two will typically retreat to different corners of the house to work on a song, humming and strumming as they go. By the time they come together, they have already formed an opinion on what the other one is working on, serving as each other’s most dutiful editors.

“We are very trusting of one another creatively, and more so all the time. As time passes, we are more and more willing to relinquish control to each other,” Doucet says. “Creative control can be like water: the tighter you squeeze it the farther it shoots out from your grasp.”

Key to a relationship that is so deeply intertwined on a number of fronts is carving out what Doucet calls “a very carefully calibrated equilibrium.”

Whitehorse, whose Leave No Bridge Unburned earned a Juno in 2016 for Adult Alternative Album of the Year, has become known for an intimate, almost voyeuristic live show that sees the couple standing cheek-to-cheek, whispering lyrics for what feels like an audience of one, rather than hundreds.

Doucet says that sense of closeness onstage “is not intentional, but it is sincere.”

“We often have very cathartic, emotional experiences up there but also … people will project what they want to see, too. That’s fine. Sometimes it feels mildly pornographic and that’s not always my favourite but when you perform the way we do, it’s somewhat inevitable.”

Last month, Whitehorse expanded from a duo to a full-blown symphony, sharing the stage at the iconic Roy Thomson Hall with the Toronto Symphony Orchestra (TSO), an experience Doucet describes as “mind blowing.”

“It’s fun having a 60-piece band of musicians of that calibre. Humbling too. In some instances, it gave us the chance to hear the songs more the way our minds conceived of them,” he adds. “Rock and roll is defined by its limitations (would the Beatles have been as interesting if they’d been virtuosos at the beginning?) and so we embrace that, but in the back of your mind, sometimes you imagine your songs as if there were no limitations. The TSO gave us a glimpse into that fantasy.”

Whitehorse plays a free show at 7:30 p.m. on Saturday, July 13 at Olympic Plaza as part of the Whistler Presents Outdoor Concert Series.