Calls to Pemberton police for domestic violence, mental health up in 2020

RCMP shares crime statistics for Pemberton, with overall decrease in most areas
May 2, 2021 2:00 PM By: Alyssa Noel 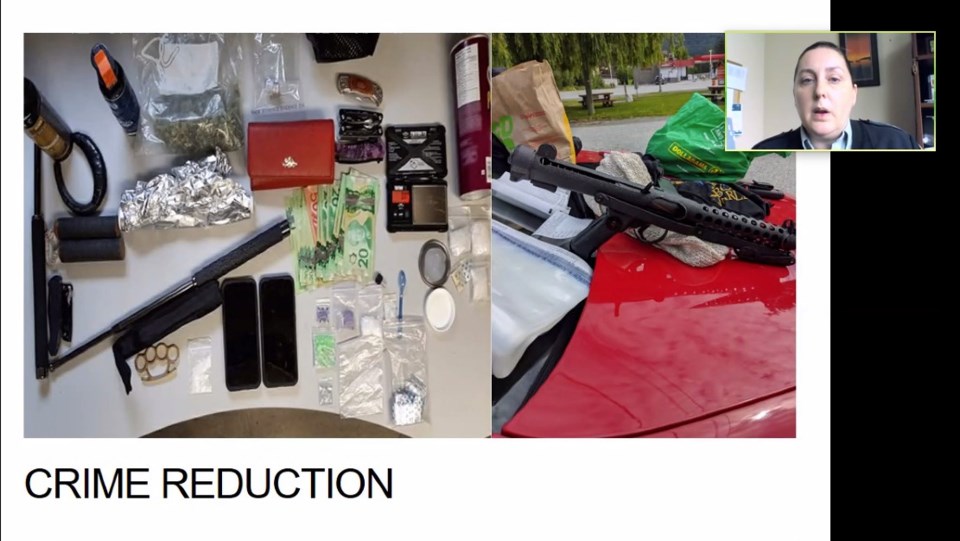 Changing crime  statistics reflected an usual year for Pemberton in 2020.

Village of Pemberton council heard an overview of RCMP crime stats at its meeting on Tuesday, April 27, that covered January to December 2020.

“When it comes to the Sea to Sky, when it comes to the province and country, you’re seeing quite a large percentage of decrease in particular areas and we tend to be seeing an increase in areas such as assault and domestic violence,” said Sgt. Sascha Banks. “You have a decrease in harassment, which is something that we’ve seen an increase of in most areas, so I think that’s a positive thing. But your biggest change is you have an increase in domestic violence. This is something we’re seeing across the board.”

“I’m not a criminologist, but my only assessment of something like that would be due to COVID and 2020. There’s a lot more people who are within homes and that increasing stress levels.”

While sex offences were up by 15 per cent, sexual assault fell from eight cases to four. Overall, assaults were up by two incidents.

Property crime was down across the board with a handful of exceptions—most notably mischief to property, which saw a 45-per-cent increase, from 33 to 48 incidents.

“That was mainly due to around the One Mile [Lake] Nature Centre,” said Cpl. Mike Hamilton with the Pemberton detachment, adding that foot patrols have been increased in the area.

“[A]nd also there was one time a few months ago where a particular youth damaged about six or seven vehicles—kicked the side mirrors off.” The Whistler youth responsible carried out community-based rehabilitation, he added.

Possession of stolen property also rose, from zero cases to six. While there was one additional break-in to a business, break-and-enter into residences was down 60 per cent and fraud saw a 53-per-cent drop.

“[That’s] fantastic to see,” Banks said. “Over this past year we’ve seen [fraud] increases in other communities.”

Drug possession saw a 50-per-cent decrease, though the cannabis-related charges from previous years are no longer relevant now that it has become legal.

Intoxication in a public place dropped 35 per cent, likely for the same reason—that the streets overall are quieter, she added.

Another spike—which has also been observed in other communities—is an increase in calls for mental health. In Pemberton those calls rose by 14 per cent, from 87 in 2019 to 99 in 2020.

Impaired driving was down 51 per cent.

While calls for service were down by 12 per cent, Banks said they would’ve expected that drop to be more drastic. It’s likely attributed to calls for help in the backcountry.

To that end, some RCMP officers have taken specialized training, such as crevasse rescue, for calls to the backcountry.

“I’m in the midst of writing a business case to try to increase that budget for backcountry policing,” Banks said.

Another area of concern for which RCMP is seeking a solution is a rise in motorcycle accidents, particularly on the Duffey Lake Road.

Last year, after realizing around 20 per cent of motorcycles—which are faster and more agile than police cars—were fleeing police, RCMP began using an unmarked police truck for enforcement.

“With this unmarked pickup truck I think I towed about 15 of them last year for street racing and excessive speed just in the Pemberton area alone,” Hamilton said. “So that was very valuable.”

For his part, Hamilton has concluded his term in Pemberton and will be leaving the Village for the Okanagan. In his place will be Cpl. Scott Langtree.

“I don’t want to go, but the RCMP deemed Pemberton a four-year maximum spot, so we have to leave, unfortunately,” he said. “But you’ll be in good hands.”