“Dr. Henry and Ms. Thunberg have served as leading voices in the midst of two of the most significant crises we collectively have ever faced: the global pandemic and climate change."
Mar 31, 2021 11:36 AM By: Elana Shepert 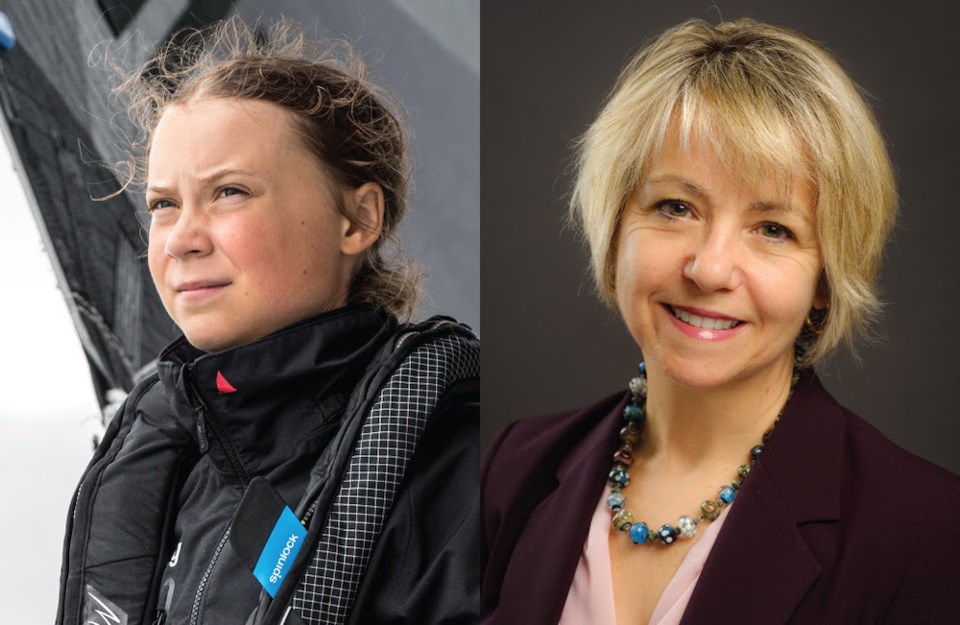 “I am delighted to bestow honorary degrees to Dr. Henry and Ms. Thunberg, along with all of our remarkable recipients this spring,” says UBC President and Vice-Chancellor Santa J. Ono.

“Dr. Henry and Ms. Thunberg have served as leading voices in the midst of two of the most significant crises we collectively have ever faced: the global pandemic and climate change. They are truly an inspiration to us all at UBC.”

In recognition of substantial contributions to society

UBC says it confers "honorary degrees—the highest honours conferred by the university," to individuals who have made substantial contributions to society. "Honorary degrees are conferred honoris causa, meaning “for the sake of honour,” and are awarded as one of three types: Doctor of Laws, Doctor of Letters, and Doctor of Science."

Dr. Henry is B.C.’s Provincial Health Officer and a former physician epidemiologist for the B.C. Centre for Disease Control. UBC writes that she has been the "calm, assured face of the COVID-19 pandemic response in B.C." and that she led the government response from a "rational, scientific perspective."

Henry's specialized work in public health and preventive medicine also includes critical international initiatives such as the WHO/UNICEF polio eradication program in Pakistan and the World Health Organization’s response to the Ebola outbreak in Uganda.

At only 18, Thunberg has gained international acclaim for challenging world leaders to take immediate, science-based action against climate change, and for sparking climate-change activism in many parts of the world.

"A three-time Nobel Peace Prize nominee, she has given speeches at the World Economic Forum in Davos, Switzerland; at the European Parliament; in front of the legislatures of Italy, France, the United Kingdom and the United States; at the 2019 UN Youth Climate Summit in New York, to which she famously travelled on an emissions‐free yacht; and the 2019 UN Climate Change Conference in Madrid."

Together with Dr. Henry and Thunberg, 18 remarkable individuals will receive honorary degrees from UBC.

Below are the additional recipients: