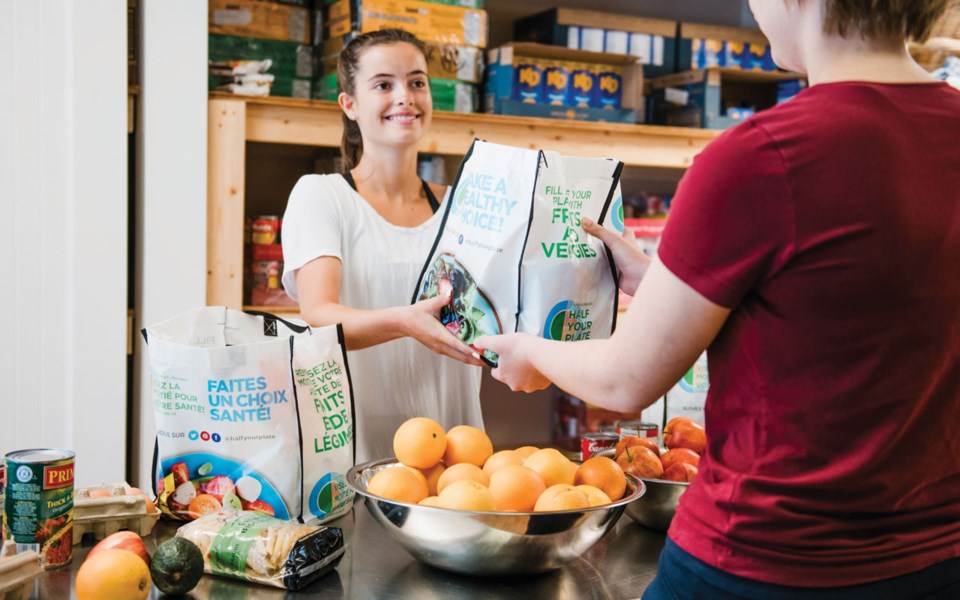 The Feed the Need campaign has raised more than $63,000 for the Pemberton Food Bank, which has seen a 54-per-cent increase in usage month-to-month during the pandemic. Photo submitted

A recent fundraising drive has raised more than $70,000 so far for food banks across the Sea to Sky, with the lion’s share going to the Pemberton Food Bank, where volunteers continue to see skyrocketing demand.

Launched in April, the Feed the Need campaign was spearheaded by the Squamish-Lillooet Regional District (SLRD) and the Sea to Sky Community Services Society, which operates the Pemberton Food Bank, in the face of unprecedented demand sparked by the COVID-19 pandemic. The SLRD said $63,735 was donated to the Pemberton Food Bank, while $7,307 was given to a regional food bank fund, which will be divided among food banks stretching from Squamish to Lillooet.

“The outpouring from the community has been great,” said Pemberton Mayor Mike Richman. “For sure, there have been huge pressures on our food bank and that service. People are also stepping up and providing and we’re hoping people will continue to step up and donate to that program.”

Jaye Russell, executive director of Sea to Sky Community Services (SSCS), said the Pemberton Food Bank has seen an average 54-per-cent increase in month-to-month usage compared to the same period pre-pandemic, and, like most food banks, is anticipating a surge in demand following the holidays.

Federal, provincial and local funding support means the food bank has been able to keep pace with the rise—but “that doesn’t mean we now have the margins for growth, nor do we have a solid footing on where we’re going to be six months from now if this demand keeps pace as it is,” explained Russell.

Families have made up a significant piece of the spike in demand, Russell added, with family usage of the food bank surpassing individual usage this past summer.

Along with the added pressure on resources and staffing, the pandemic has also presented certain logistical challenges that the SLRD and food bank have had to contend with, namely around delivery. The Pemberton Food Bank has teamed with its regional partners to arrange and send out an average of 1,500 food hampers a month, including to more remote communities in Area A, such as Bralorne, Gold Bridge and throughout the Southern Stl’atl’imx Nation.

“[At the onset of the pandemic], there were so many people in our communities, from Furry Creek right through to Area A, that we needed to help but didn’t know how. So finding a way to match those was something that just happened really quickly and really organically,” explained SLRD chair Jen Ford. “We had a need and we had a desire to help, so it made sense for the regional district to connect all of those dots in a way that would remove a lot of the barriers we were seeing.”

That emphasis on delivery has meant food bank users haven’t received the same face-to-face interaction with SSCS staff that they would have pre-pandemic, which has shifted how the organization connects users to other needed services.

“When we start to look at the impacts on connection, the impacts on food security, on finance and those greater pieces that lead to mental health issues, what we are doing is trying to bridge folks with at least some information around programming and information around referrals,” Russell said, noting that each hamper contains brochures on the services that the SSCS offers.
“Like it or not, we’re going back to the old ways of distributing paper flyers, dropping a phone number or a card of one of our employees in that package, because we know some people don’t have the access to technology either, so we have to start thinking outside the box and get back to the basics of just providing the information to people, but also the contact that they can reach out to if they’re feeling isolated or uncertain about the future,” she added.

Donations can still be made through the Feed the Need portal at sscs.ca/feed-the-need, and can be directed to either the Pemberton, Whistler, Squamish or Lillooet food banks, or to the general fund, where donations will be divided based on the greatest need.

“We’re not seeing the tap turn off,” Russell said of the continued demand at the food bank. “This is a real issue, and it’s only just increasing. I’m hoping we can continue to keep this campaign in place and … to keep information and the awareness growing.”