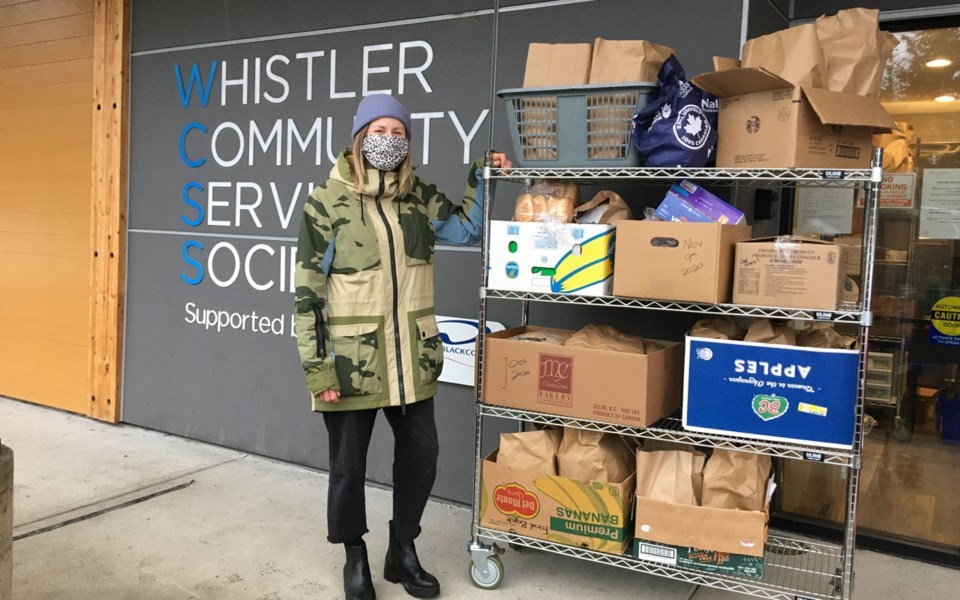 A new grant application to the Union of BC Municipalities (UBCM)—endorsed by Whistler council on April 20—could provide up to $450,000 for social services in the Sea to Sky working to support vulnerable people during COVID-19.

The UBCM Strengthening Communities’ Services grant aims to support unsheltered homeless populations and address related community impacts of the pandemic. In Whistler, the money would be used for new outreach services at the Whistler Public Library and Squamish Lil’wat Cultural Centre, as well as for a new temporary housing initiative.

“Some of society’s most vulnerable members face challenges that have worsened in the context of COVID-19, and more so than those who are not necessarily as vulnerable,” said emergency program coordinator Ryan Donohue in a presentation to council.

“The lack of access to services, [and] the reduced number of venues where they can go for refuge, has caused a very negative or hard impact on them in particular.”

The RMOW has worked with the Whistler Community Services Society (WCSS) and other social services groups throughout the pandemic, Donohue added, helping to increase capacity for the local food bank and assisting in the facilitation of COVID-19 isolation sites for those living in high-density housing (among other initiatives).

If the grant is successful, “the proposed project will increase support services to seven days a week, providing 60 hours of outreach,” Donohue said.

The RCMP has reported an increase in domestic violence calls over the past year, and the Howe Sound Women’s Centre (HSWC) has housed women escaping domestic violence for roughly 1,700 nights in the Sea to Sky, he added.

A secondary objective of the project is to gain insights and data regarding the need for temporary shelters beyond the grant funding’s one-year mandate.

“We’re looking to prepare the data over a one-year project timeline, and as a needs assessment for more permanent solutions through provincial agencies such as BC Housing,” Donohue said.

Councillor Cathy Jewett noted that, according to the HSWC, 25 Whistler women turned down services because they were not able to leave Whistler for the safe homes in Squamish or Pemberton.

“Is that the kind of volume that you’re looking at housing?” she asked.

The hope is that the new funding can help alleviate some of the demand on Sea to Sky safe houses, particularly in Whistler, Donohue said.

“These will be high-needs individuals who are not able to leave the community because of various situations due to employment or family circumstances or what not, “ he said. “So unfortunately we don’t anticipate [being] able to help everybody, but they will be triaged on a highest-needs basis.”

The grant application is exciting for Coun. Jen Ford, who has worked closely with the corridor’s “superhero non-profit agencies” over the past year.

“When we put the money in the hands of these groups, that money goes a long way, and it really touches the people that it means the most to,” Ford said.

“So I really appreciate the work on this, to everybody involved.”

While Coun. Ralph Forsyth was also supportive, he voiced concern about what happens with the project after the one-year funding commitment ends.

“I just want to make council aware that we’ve done this before; we take temporary money for a permanent program, and we all know mental health issues aren’t going away,” he said.

“And so my fear, as always, is that the government giveth, and then the government walketh away, and who’s left holding the bag but our staff and our taxpayers?

“It is important, it is valuable, [but] mental health is a provincial issue … hopefully we’re going to present such a compelling case that they’re going to continue to keep funding this.”