A passenger tried to run away when a traffic stop ended in a drug investigation on the weekend.
Dec 7, 2020 10:47 AM By: Cornelia Naylor 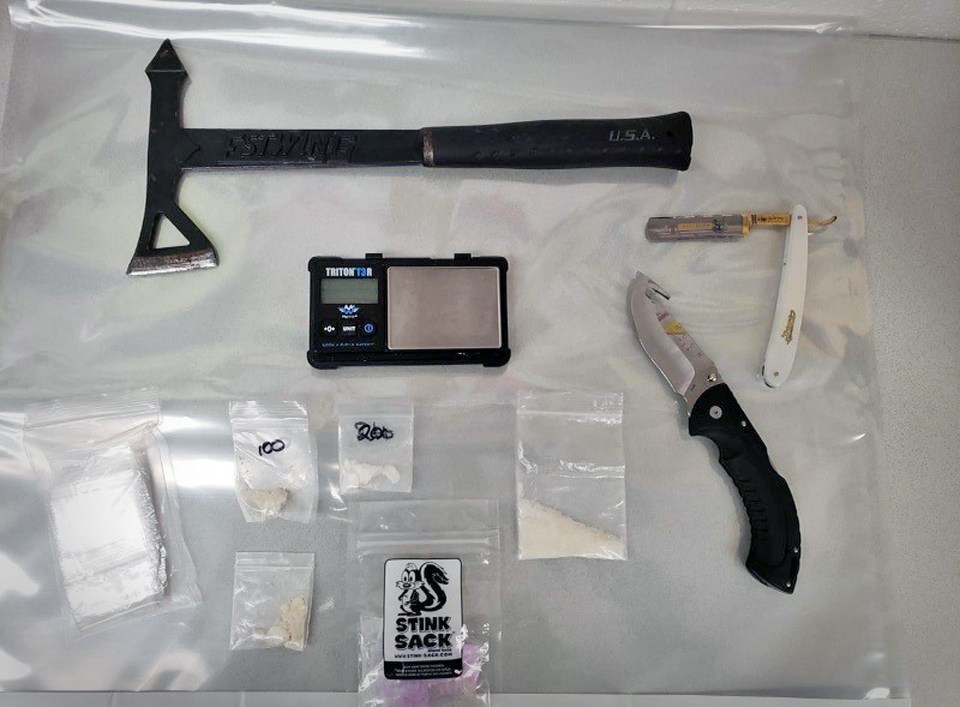 Police seized a variety of weapons and illicit drugs after pulling over a vehicle that didn't have valid insurance Friday night.

A Burnaby traffic stop last week ended in police seizing a tactical axe, hunting knife and straight razor as well as an assortment of illicit drugs.

At 11:50 p.m. on Friday, police pulled over a vehicle near the intersection of Hastings Street and Holdom Avenue after running the plate and determining the vehicle didn’t have valid insurance, according to Burnaby RCMP Cpl. Mike Kalanj.

The driver stayed put and cooperated, he said, but his passenger attempted to flee on foot before being caught.

In the vehicle, within arm’s reach, police found a tomahawk-style axe, a folding hunting knife, a straight razor, quantities of suspected fentanyl, crystal meth and heroin, $370 in cash and a scale.

Kalanj said the weapons seized were “consistent with drug trafficking for defence purposes.”