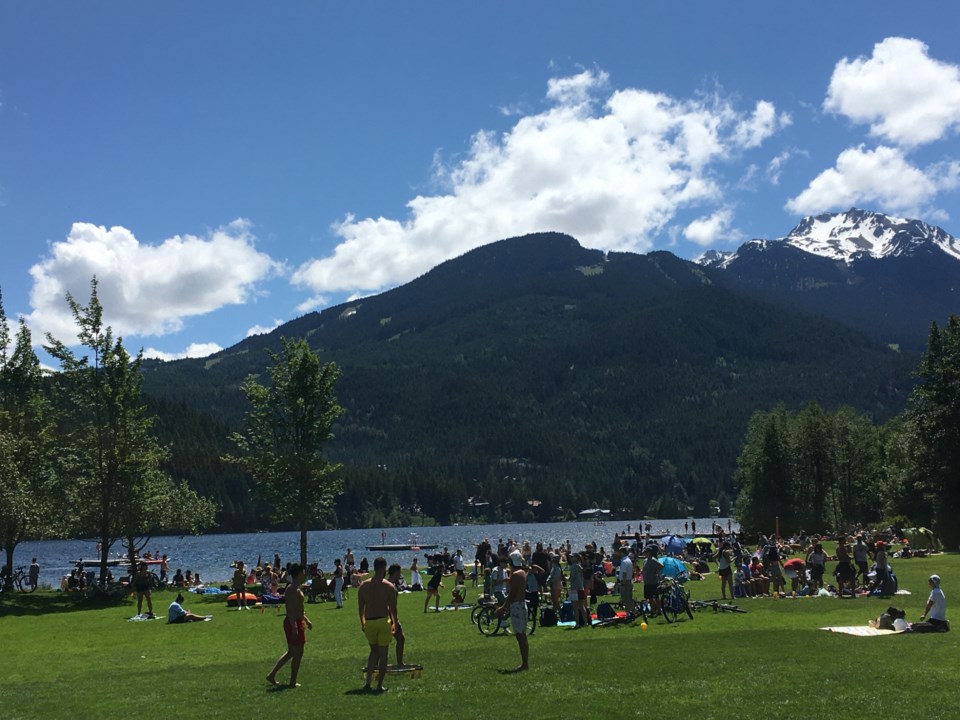 The Resort Municipality of Whistler is already planning for summer 2021 after local parks were inundated last spring. Proposed initiatives include seasonal pay parking at four parks and regular shuttles operating out of the village.File photo by Braden Dupuis

Here’s what to watch for at tonight’s council meeting, kicking off at 5:30 p.m. on Zoom.

Taking from lessons learned last summer, when local parks were overwhelmed by regional visitors, the Resort Municipality of Whistler (RMOW) is already preparing for summer 2021.

Council will hear a report at its March 16 meeting on proposed strategies to address the large numbers of people expected in the resort again this summer.

As it relates to seasonal pay parking, “the focus this summer, and in future years must be on safe and effective parking management and opportunities to access the parks by alternate modes,” reads a report to council.

“Similar pay parking measures at parks and trailheads are being introduced in the Lower Mainland including the District of North Vancouver and in similar tourist destinations such as Tofino.”

Rates at the parks will align with rates in the Day Lots, and revenues will be used to support the seasonal shuttle service as well as other parks operations.

Whistler council will also hear a presentation on an “enhanced” rezoning process for the lands at 4500 Northlands Blvd., north of Whistler Village.

The parcel represents one of the largest remaining pieces of undeveloped land in Whistler, and municipal staff plan to engage council and the public “early and often” throughout the development process.

Though the land is currently zoned for a nine-storey hotel with a Phase 2 rental pool covenant (along with zoning density for indoor recreation and employee housing), at this point, it’s still too early to say what owners Beedie Living might seek to build.

“We want to follow the agreed-to enhanced process with staff, and make sure we’re moving together especially as it relates to getting out into the community in the coming months.”

The RMOW is proposing a revamped rezoning process for the significant application, to be done in three phases: establish planning and development principles; identify and evaluate alternative concepts that address potential site development and associated community amenities; and determine supported uses and community amenities (with direction from council) prior to the development of the actual zoning bylaw.

Following that process, the standard rezoning process would apply, including a public hearing.

The entire rezoning is targeted for completion in September 2022.

The next phase of Whistler’s employee housing strategy is also back on the agenda for March 16, as council will consider adoption of related zoning bylaws.

The RMOW and Whistler 2020 Development Corp. are hoping to begin construction on the first of two planned apartment buildings as soon as possible to capitalize on low interest rates.

“Right now we have the lowest rates we’ve seen in forever, as far as I remember, and we need to take advantage of these really quickly, because just an upturn of a half a point on today’s rates is like a 20-per-cent increase,” said WDC chair Eric Martin, in a late-February interview with Pique.

Once fully developed, Phase 2 will include five parcels for employee housing (with about 295 units) and 18 market for-sale lots.

Find the full agenda and a link to tune in live here, and pick up Thursday’s Pique for more from council.

Special weather statement issued for Whistler as temperatures tick back up
Jul 28, 2021 3:45 PM