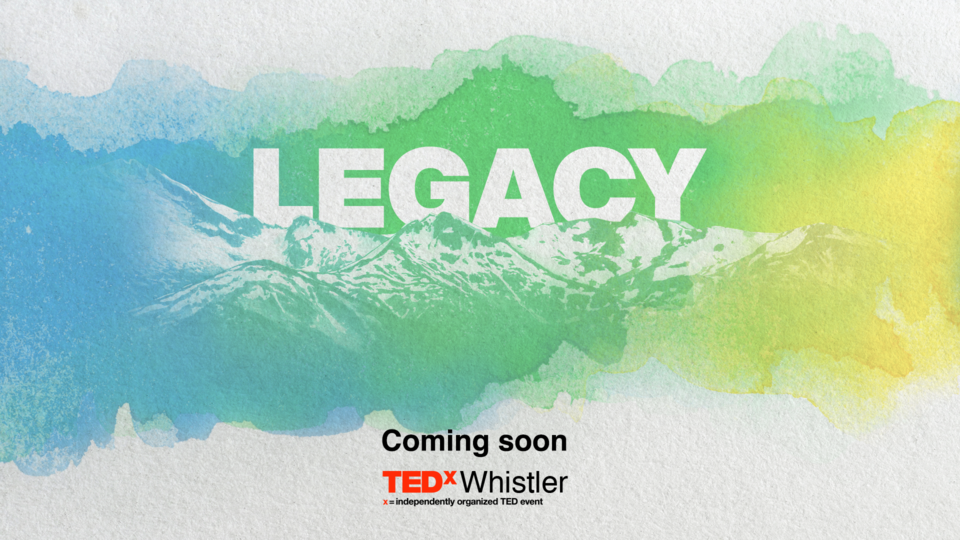 Nominations and submissions for local TEDxWhistler speakers will open soon at tedxwhistler.comImage submitted

If you were going to give a TED Talk, what would your message be?

If you’ve ever imagined yourself gracing the stage at the world-renowned speaker series, you might soon get your chance—TEDxWhistler is set to land in the resort this fall.

Nominations and submissions for local speakers will open soon at tedxwhistler.com.

Of an anticipated 10 to 12 speakers, at least half will be Whistlerites, said TEDxWhistler executive producer Anoop Virk.

“It’s going to be a mix. I would say that we’ll probably have two people that are going to be out of province,” she said.

“At this point it’s at the level of what we can do with COVID. We’re obviously playing with something that we’ve never played with before.”

The event will be held virtually (though outdoor viewing parties could be possible depending on which way COVID-19 cases are trending), and while tickets won’t be free, attendees will get their value back via coupons from sponsors, Virk said.

“Even if people can’t get a spot on that stage, [I’d love] to still be able to highlight them through our social media, or if we do a podcast or interviews,” Virk said.

“If just to be able to bring that sense of community and highlight amazing stuff that’s happening in Whistler.”

Being the first female executive producer of TEDxVancouver, it was important to Virk to see that representation transferred to the new Whistler iteration.

“For TEDxWhistler we have a women-led executive team … and we will be doing a gender-equal stage this year, which is awesome, because I think a lot of the times when we think of ideas or messages being spread, or inspiring messages that are on a stage, we kind of have an idea of who represents them,” she said.

“I would love to push that envelope a little bit and find women engineers, and amazing men that are talking about art, that are great artists and musicians, and talking about those industries.”

While the TED Talks brand is a global phenomenon often covering broad and expansive topics, the TEDx offshoots are grassroots in nature, bringing the TED philosophy of “ideas worth spreading” to the local level.

It’s not the first time TED has held events in the resort.

In 2014 and 2015, Whistler was host to TEDActive—a simulcast conference complementing the main event in Vancouver.

Prior to that, a TEDx event was held in early 2010, hosted by the Whistler Centre for Sustainability and featuring speaker Wade Davis.