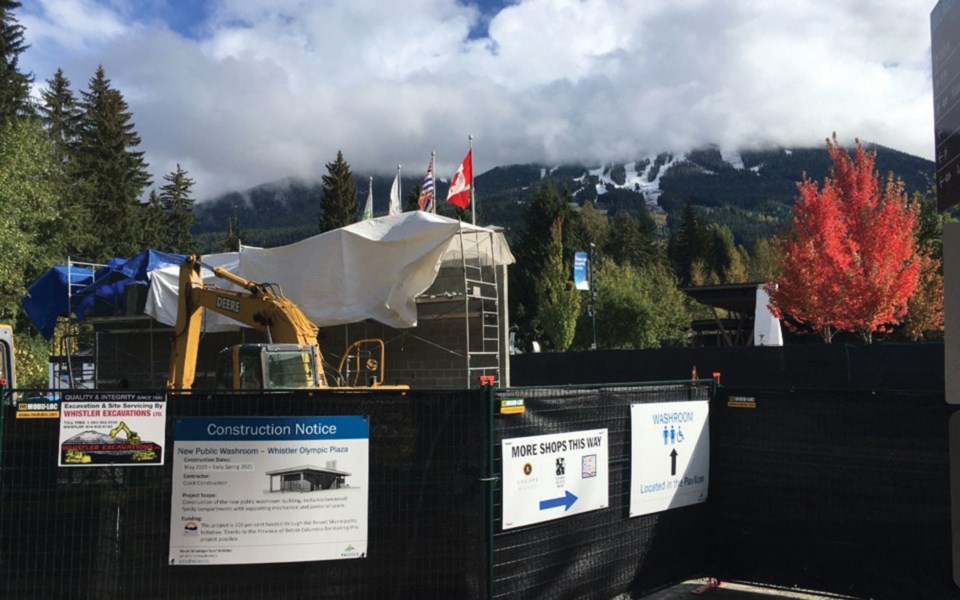 One of Whistler’s biggest Resort Municipality Initiative spends in 2021 will be $2.97 for two washroom buildings in Whistler Village. File photo by Clare Ogilvie

While some bemoan the state of their personal finances in light of COVID-19—and a planned municipal tax increase of 1.08 per cent—resort initiative money is specifically earmarked for tourism, and can’t be used to alleviate personal tax burdens.

So too for Municipal and Regional District (MRDT—commonly referred to as the hotel tax) funds.

“In both cases, these are programs that flow through to the municipality from an original source of the hotel tax, which is applied against hotel night stays in the Whistler area,” said director of finance Carlee Price, in a presentation at the Dec. 15 council meeting.

“This is how it has been decided between the municipality and the province that these funds are best allocated,” Price said.

“Neither RMI nor MRDT project spends affect taxes, so this is a completely separate fund … and there is no commingling between these two buckets of money.”

Further, funds must be spent on tourist-based amenities, “so the village and park washrooms, for example, cannot be replaced with a project at Meadow Park,” Price added.

The two biggest spends on tap for 2021 are $2.97 million for the aforementioned village washrooms—a scaled-back version from the one initially proposed last November—and $2.42 million for a rejuvenation of Rainbow Park.

In the case of Rainbow Park, it was constructed some 30 years ago and requires reinvestment, according to the resort municipality.

Since 2006, the RMI program has doled out more than $140 million in funding to 14 resort communities in B.C.

In its 2019 budget, the provincial government committed $39 million to the program over three years.