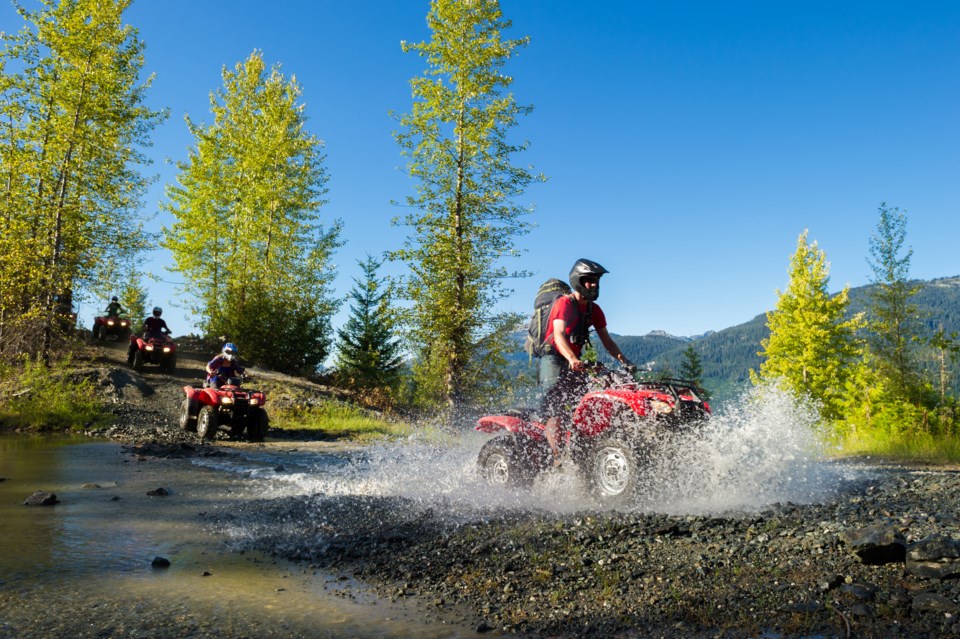 Two men in their mid-20s were injured after being struck by an ATV in the Callaghan on Saturday, June 12. gettyimages.ca

Two men were injured last weekend after being struck by an ATV in the Callaghan, police have confirmed.

At approximately 5:30 p.m. on Saturday, June 12, Whistler RCMP was notified of the accident in the 600 block of Callaghan Road. Investigators attended the scene and learned that two males in their mid-20s had been injured after an ATV crashed into them while they were standing beside their own ATV. Police said the injuries are not life threatening.

The attending officer conducted a field sobriety test and obtained a breath sample from the driver of the ATV, which confirmed that drugs and alcohol were not a factor in the collision, police said.

The RCMP is still investigating the incident.