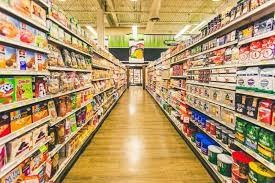 In an information bulletin Friday, April 30, VCH said the pop-up clinic is running from noon to 6 p.m. today at the Pemberton Community Centre. Those eligible are Pemberton grocery store workers aged 30 and up, who will receive the AztraZeneca/COVISHIELD vaccine. For those wanting a different vaccine, VCH anticipates inviting grocery store staff in the health region to obtain the Pfizer or Moderna vaccine in late May or early June.

“At least there’s the opportunity for them now,” said Pemberton Valley Supermarket (PVS) founding partner Sue Adams, who had written letters to local officials pushing for her staff to be immunized.

The clinic appears to have come together at the last minute, with the PVS management only notified of the pop-up at 10 a.m. this morning.

“[We] have notified as many people as we could as not all our staff are here today but we made phone calls and left messages as well as posted it on our employee-only Facebook page,” explained store GM Kirsten McLeod in an email, adding that, because the AstraZeneca vaccine is only available to those aged 30 and up, there remains “a lot of employees” younger than the cutoff age who are not eligible for today’s clinic.

McLeod estimated that about a dozen of the approximately 85 full-time and part-time workers at the supermarket had been vaccinated prior to today through the B.C. government’s age-based and Indigenous immunizations plans. Averaging just over 1,000 customers a day, the supermarket has stayed open throughout the pandemic and has served as a crucial life-line to the community, delivering groceries and even medical prescriptions to residents as the pandemic wore on.

Pemberton retail staff also had to watch as the majority of Whistler adults and workers were immunized between April 12 and 18 as part of a mass vaccination campaign organized by VCH, an effort to target COVID hotspots around the province.

Given the close ties between the two neighbouring communities, it makes sense to vaccinate Pemberton’s frontline staff as well, said McLeod.

Pemberton Mayor Mike Richman has been “pounding the drum” on behalf of local frontline workers for some time now, and said the message seems to have sunk in with health officials.

VCH said it has so far delivered 17,100 doses of vaccine to residents of Whistler and its neighbouring communities. Pique has asked for clarification on whether that number includes just Pemberton and Squamish, or other communities in the Howe Sound health region.