What will 2021 mean for municipal budgeting? 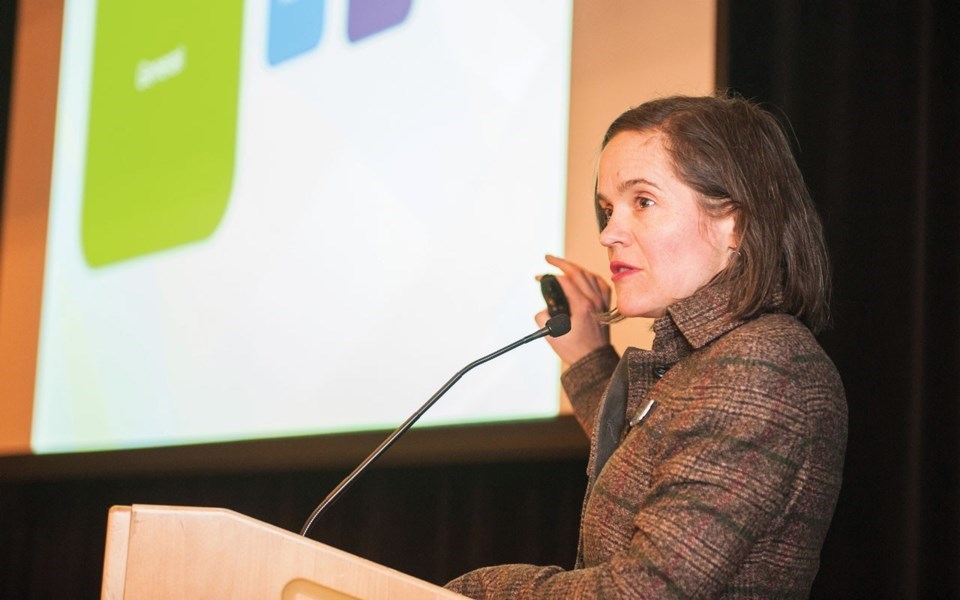 Director of finance Carlee Price at a budget open house in 2019. File photo by David Buzzard/www.media-centre.ca

After the chaos that was budgeting amongst COVID-19 in 2020—which in Whistler included four different revisions in a nine-month span—the RMOW’s finance department is hoping for more stability in 2021.

“What happened in 2020 is we went from a business-is-normal situation to business-is-completely-not-normal,” said director of finance Carlee Price, in presenting the RMOW’s 2020 Q4 finances at the April 6 council meeting.

While similar major amendments aren’t anticipated this year, “the option always exists for us,” Price said.

“If things start to drift meaningfully away from what we expect, we can always come back with an amendment, and we would do that, but even though the situation is still grim in 2020, the rate of change isn’t the same.”

At the end of Q4 2020, overall operating revenues were at 104 per cent of their (amended) annual budgeted amounts, while operating expenditures were at 91 per cent.

“Within this revenue variance, parking revenues were quite strong, up by about $526,000 versus budget, as well as recreation revenues,” Price said.

“This includes the Whistler Olympic Plaza ice rink and the cross-country skiing facility.”

After falling three per cent in Q1 2020, MRDT revenues were down a whopping 74 per cent through the remaining nine months of the year.

“So tourism in the second half of the year did not reach the levels that we were anticipating with the second revision in August,” Price said.

Final year-over-year revenue decline was $7.3 million (after factoring in a $2.685 million “COVID-19 safe restart grant” from the federal and provincial governments), of which the RMOW expects about $3.3 million to return in 2021.

Project budgets finished the year at 67 per cent spent, compared to an average year-end spend of 56 per cent over the last five years.

“Recall that we did a meaningful project reprioritization in April and May, which affected 83 of 163 listed projects, and resulted in a 27-per-cent reduction in planned 2020 spend,” Price said.

With a recent announcement that the RMOW will once again delay the penalty date for property taxes in 2021, some municipal investments will need to be used to repay senior levels of government, Price said.

The RMOW reversed course on a proposed 4.89-per-cent tax increase in the 2020 budget in light of COVID-19, opting instead for an increase of 1.08 per cent.

The move is expected to have serious implications to future tax increases.