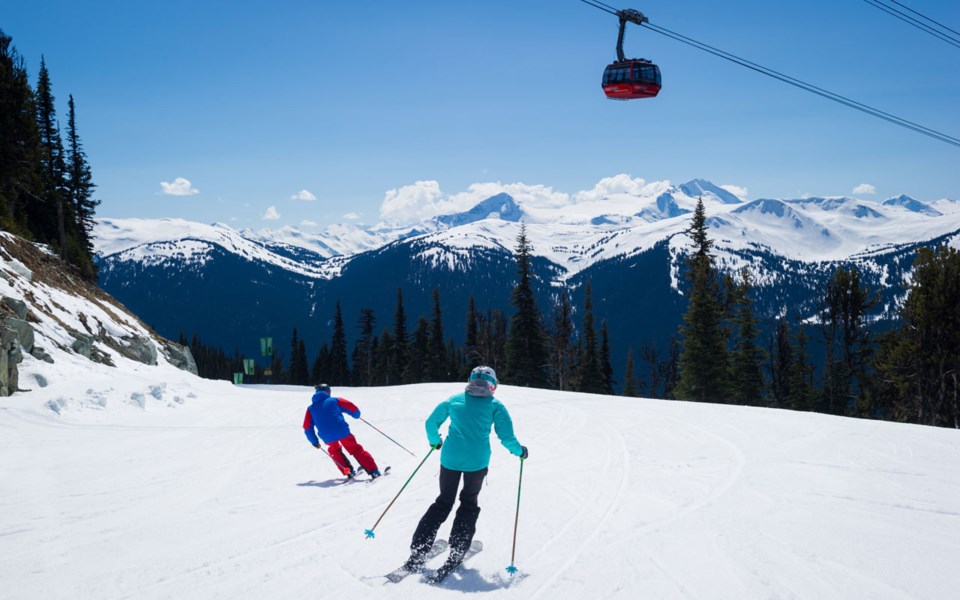 Cutline: Whistler Blackcomb will not extend its lift hours beyond 3 p.m. for the rest of the 2020-21 season.Photo by Mike Crane Photography/Tourism Whistler

The dream of grasping every last ray of sunshine on Whistler Blackcomb (WB) is dead, at least for this season.

A spokesperson for the resort confirmed to Pique on Feb. 23 that the lifts will continue to stop at 3 p.m. rather than extending to 3:30 and then 4 p.m. as the sunlight stays later into the afternoon.

“As everybody knows, the capacity of operating in a pandemic has been challenging to us. We didn’t want to add an extra layer onto our operations by extending our hours,” the spokesperson said. “Our goal from the beginning of the season was to open and stay open for the duration of the season.

“That allows us the space to be able to achieve that goal.”

The spokesperson added that, as much as possible, WB will start running the lifts before its official 8:30 a.m. opening in order to allow guests to maximize their days while crediting the WB team for its work to this point in the winter.

The spokesperson added that skiers and boarders should again expect longer afternoons in seasons to come.

“Once we get back to some semblance of normalcy, people can expect what we’ve always done,” the spokesperson said. “For us, this is not something we’d see as a long-term thing.”