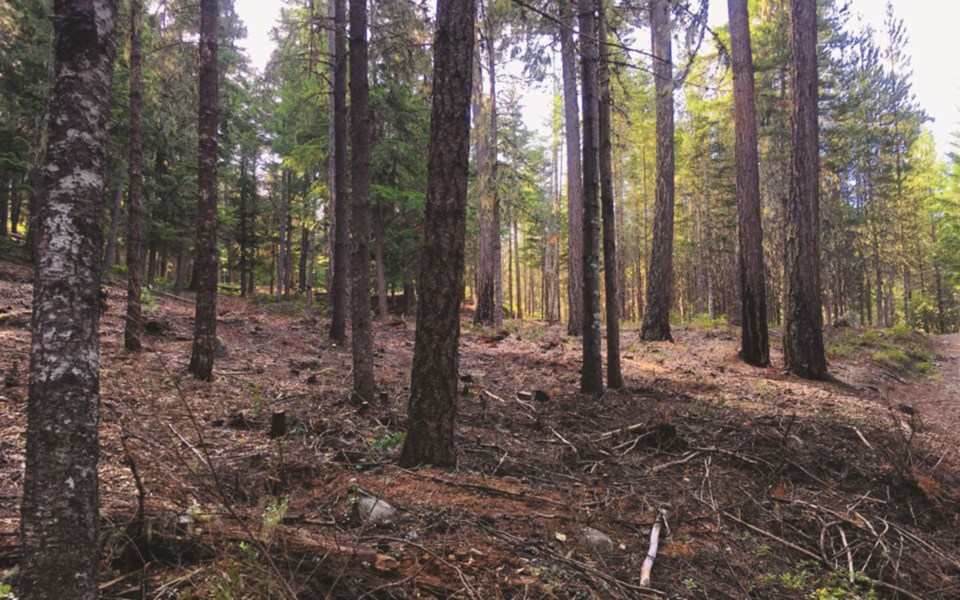 Whistler is hoping a new federal and provincial funding stream will pay for wildfire fuel mitigation work on Nesters Hill in 2021. Pictured is fuel-thinning work near Lost Lake Park.File photo by Clare Ogilvie

The Resort Municipality of Whistler (RMOW) is hoping a new federal and provincial COVID-19 funding stream will help pay for a wildfire fuel treatment project on Nesters Hill.

On Dec. 1, 2020, the Canadian and B.C. governments committed up to $80.3 million towards the COVID-19 Resilience Infrastructure Stream, which will support cost-sharing for B.C. infrastructure projects.

The funding stream includes wildfire fuel reduction as an eligible project at 100 per cent of total costs, said environmental stewardship manager Heather Beresford in a presentation to council at the Feb. 16 meeting.

If the RMOW’s application is successful, the 14.8-hectare fuel reduction project west of Nesters Road will receive $452,330.

The 2019-2027 RMOW Wildfire Protection Plan outlines priority locations for fuel treatment, two of which are scheduled to be treated this year: Nesters Hill and Taluswood (11 hectares).

A planned treatment at Rainbow was also considered for the grant application, “but with the short turnaround for this funding application, they wanted to have all the permits and approvals in place,” Beresford said.

“We just don’t have that for Rainbow, because we have not been able to secure the funding in other ways to get this done.”

To qualify for the new COVID grant, projects can’t have other grant funding tied to them, Beresford said, making the Nesters Hill site the ideal fit.

Finding money to pay for fuel-mitigation projects has been more challenging as of late, with previously-relied-upon Union of BC Municipalities funding shrinking significantly.

“It’s sad that this has to come through COVID resilience program funding, but the $450,000 is similar to the support we used to get from the province for a number of years in our fuel thinning, [before] that got reduced down to the $150,000 mark,” said Coun. John Grills.

“We’ve been struggling to meet our objectives, so to have this come through is I guess somewhat surprising, and it’s certainly helpful … hopefully in 2022 it will be followed up by additional support from the province again.”

The special meeting lasted just over a minute from start to finish.

While strange at first glance, the resolutions weren’t especially noteworthy, according to Mayor Jack Crompton—the opposite is in fact the case.

“If you write a story about this, you’ll be accused of journalistic malfeasance,” Crompton joked after the Feb. 16 regular council meeting. “It is the most boring story.”

The pair of resolutions were purely housekeeping in nature, and necessary for Forsyth to vote on proceedings at the Feb. 16 regular meeting, Crompton explained.

Forsyth was appointed to the WDC in December (effective Jan. 1), after municipal lawyers raised concerns about upcoming contractual relationships between the WDC and the Whistler Housing Authority (WHA) as it pertains to Cheakamus Crossing Phase 2.

“We have received some advice from legal that once the WDC and the WHA start to consider contractual relationships, that it is not a good idea to have a member of council sit on both agencies that are contracting,” Crompton said at the Dec. 1 council meeting.

“[Forsyth still] needed to be appointed by council rather than the WDC board, so that’s all that this morning was about, was making sure he was appointed,” Crompton said of the one-minute meeting. n