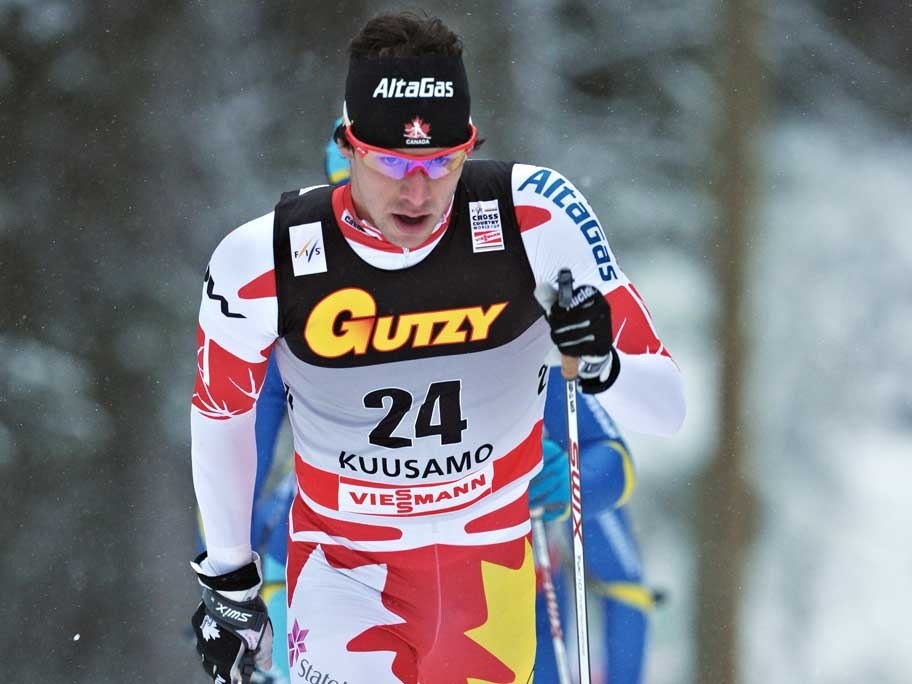 The Canadian Cross Country Ski Team is still without a medal this season, but once again it came down to tenths and hundredths of a second.

At Davos, Switzerland, three members of the men's team placed in the top 10.

In the opening long distance freestyle races, Ivan Babikov had his best result in six years to finish seventh overall the 30-kilometre distance.

"The team worked really well on my skis and I felt a lot of support this week," he said. "I started hard and tried to hold it to the end. I felt I had good control until the last lap when my muscle started cramping."

Before the cramping, Babikov was ranked as high as fourth place.

Graham Nishikawa, the other Canadian in the race, was 34th.

Petter Northug of Norway took the win, followed by Maurice Manificat of France and Lukas Bauer of Czech Republic.

In the freestyle sprint the following day, Devon Kershaw finished just off the podium in fourth place, behind Alexey Petukhov of Russia and Swedish skiers Teodor Peterson and Emil Joensson. Kershaw was boxed out on the short 1.5km sprint.

"For sure it stings being in fourth but it was an amazing result," he said. "I felt so amazing in every round and in total control. I just couldn't find any room in the finals. You can only do what you can do. Cross-country skiing is so hard, so finishing fourth out here is amazing."

Alex Harvey just missed the final sprint to place ninth overall, while Len Valjas had an off day to place 28th.

Meanwhile, in the women's sprint Chandra Crawford built on her near podium from the previous week to place ninth. She also just missed the final.

"I'm not sure it has ever happened for Canada to have three in the top 10," said Kershaw. "We have a super deep team and I think these results speak volumes of our program."

American Kikkan Randall continued to turn heads with a win, followed by Natalia Matveeva of Russia and Maiken Caspersen Falla of Norway.

Biathlon has been a weak spot in Canada's winter program for years, but there are signs that things are turning around.

In the opening events in Sweden two weeks ago, two men placed in the top 15 — Jean-Phillippe Le Guellec placing 14th in the men's 20km individual event, and Brendan Green placing 14th in the 10km sprint the following day. Zina Kocher was 15th in the women's sprint, her best result in two seasons.

Back in action last weekend in Austria, Kocher followed up with a 23rd place result in the women's pursuit race.

The Canadian men were 15th in their relay event.

In the International Paralympic Committee biathlon series, Canada's Mark Arendz has been on fire this year, earning a bronze in his first competition then following up with three gold medals.