This year's induction ceremony into the Canadian Olympic Hall of Fame was a somber affair in some ways, with one of the inductees missing.
Sep 26, 2012 9:00 PM By: Andrew Mitchell 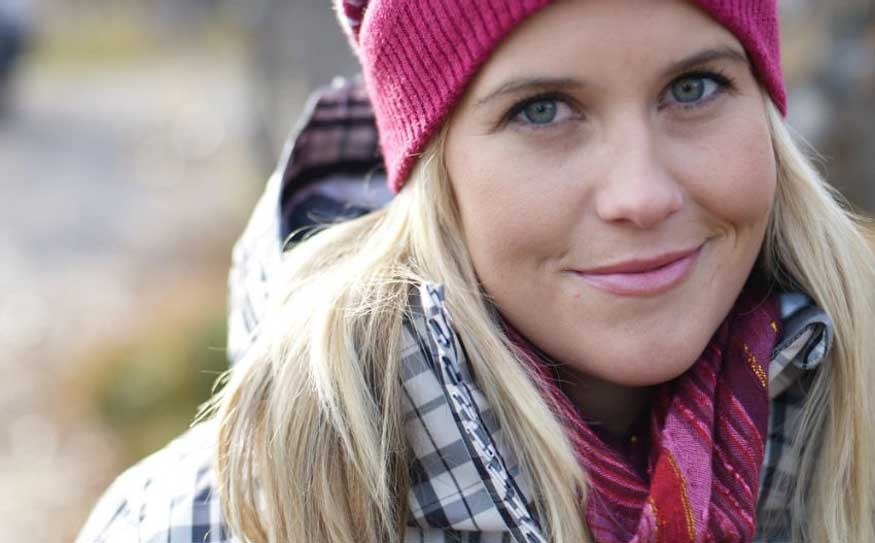 This year's induction ceremony into the Canadian Olympic Hall of Fame was a somber affair in some ways, with one of the inductees missing.

Burke was nominated posthumously, recognizing her work — as an advocate and role model — in establishing women's freeskiing, and in getting ski halfpipe onto the Olympic schedule for 2014. Since her passing, the top trophy in freeskiing has been named in Burke's honour, as well as a street from her former hometown of Midland, Ontario. Momentum Ski Camps, where Burke skied as an athlete and then coach over the previous 14 years, created a Spirit of Sarah scholarship program for a young skier to attend the camp.

Husband Rory Bushfield was on hand in Toronto for the ceremony.

Burke wasn't the only local to get inducted into a hall of fame in the past week. On Sept. 21, Whistler's Ashleigh McIvor was inducted into the B.C. Sports Hall of Fame in recognition of her 2010 Olympic win in the sport of ski cross. Whistler's Maëlle Ricker, first in snowboardcross at the same Games, was inducted the previous year.

The 44th induction ceremony took place at a banquet at the Vancouver Convention Centre. Other inductees include para-swimmer Michael Edgson, basketball player Howard Kelsey, softballer Bernard Moberg and soccer star Andrea Neil. Equestrian coach and sailer Don Martin were acknowledged in the "builder" category, while the 1945-46 Vancouver Canucks were recognized in the team category. Barbara Howard, 91, was given an award in the "pioneer" category for her career in track in field.

The Whistler Saints flag football team kept their streak alive with their third straight win in the North Shore Football League, this time besting the North Vancouver Seahawks 20-0 on Sunday morning. Trenton Schumann scored the first TD for the team, followed by scores by Dane Kirkegaard and Griffin Brown. Logan Anderson added two points on kicks to bring it up to 20, while Beynon McKeen led the defence to a shutout.

The Sea to Sky Broncos, which play in a full contact peewee league, are now sitting at 2-10 after an 18-6 win over the West Vancouver Vikings. Luke Haasen opened the scoring, with Devon Bailey adding two more touchdowns, while the defense, led by Michael Lane, Jhett Vernor and Scott Friestadt, kept the Vikings to a single store.

The minor league Titans posted their third loss in a row, this time making it close in a 26-13 loss to the North Vancouver Colts.

For the second week the team played its best football in the fourth quarter with Nolan Welsh scoring late in the fourth quarter to put the Titans on the board. Nolan Robinson stripped a ball on the next defensive stand, which he returned for a touchdown. Luka Morssette, a newcomer to the team, led the defense with four sacks of the Colts' quarterback.

This Sunday, Sept. 30, the new Awesome Arts Academy is hosting a free day of workshops and demos, inviting everyone to attend and learn Capoiera, Juijitsu and Sasla Dancing at an event they're calling the "Brazilian Encounter."

The event gets underway at 1 p.m. with a meet-and-greet, with 45-minute workshops on Capoiera and Brazilian Jiu Jitsu running at 2 p.m. and 3 p.m., running beside each other. At 4 p.m. there will be a Capoiera demonstration with workshop leader Eclilson de Jesus of Vancouver-based Ache Brasil. At 5 p.m. there's a Brazilian Jiu Jitsu demonstration with Professor Rodrigo Cavalho of Gracie Barra.

There will be a free barbecue and potluck at 6 p.m., and at 8 p.m. the Awesome Arts Academy will offer a free Samba dance workshop.

Awesome Arts Academy is located on Millar Creek Road, next door to the Wild Wood Café.

The duo of Helen Upperton and Shelley-Ann Brown announced last week that the would be retiring, and would not be defending their silver medal at the 2014 Olympic Winter Games.

"Today marks the end of an incredible journey and amazing chapter in my life," said Upperton. "I am leaving the sport with great memories, friendships and experiences I will hold close forever. I have had the privilege of competing with amazing teammates, most importantly shelley-Ann and Jenny Ciochetti, who have pushed me to a be a better person and athlete both on and off the ice."

As well as an Olympic medal, Upperton's career highlights include the first win posted by a Canadian team in a World Cup race, the first of six victories and 20 podium finishes.

For Brown, who competes and coaches track in Ontario, it's a kind of second retirement. She came out of retirement last year to race with Upperton one more time in the World Championship.

"It was an honour to stand beside Helen, who is nothing short of a trailblazer in Canadian sport, to sing 'O Canada' with the rest of my nation," she said. "I will leave the sport of bobsleigh with so many cherished memories and life lessons that I will take into the next chapters of my life."