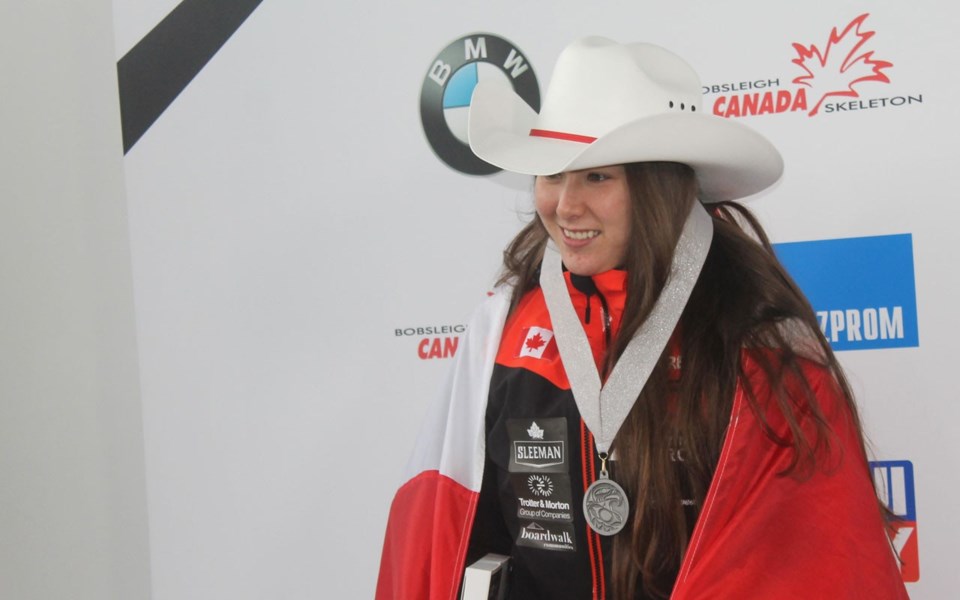 After a 2016-17 campaign in which she only hit the IBSF World Cup top 10 twice, Channell was back to her 2015-16 form, where she placed third in the overall standings. This time around, Channell ended up in fifth overall after hitting the top 10 in five of eight races.

She capped the season with a nomination to the Canadian Olympic team on Jan. 24.

One major change for Channell was her sled, as she tossed the one she used for the past two seasons in favour of one that is similar to what she rode in her earlier seasons.

"I never felt fully comfortable on it," she said of her previous sled. "I got back to what I felt was my old driving and my old sliding style. I felt a lot more comfortable on my sled, which I felt was really important."

Channell's best result of the year was the second-place finish here in Whistler in November, and she said it's one that will stick with her for years to come.

"That might actually be the highlight of my whole sliding career so far," she said. "To be able to come second at Whistler, my home track, in front of friends and family was so incredible."

Channell took 13th at the South Korean track to wrap up last season, but doesn't feel like that's any sort of omen for the Games.

"To be able to go back to the PyeongChang track with the knowledge that I now have from the season, I'm really excited to see what I can do there," she said. "It's a really different track. It's not like any other track out there, which makes it a challenge, that's for sure. It's like a mix between a driver's track and a gliding track, so it will be a challenge. But with the team we have, if we work together, I think we'll come out with success."

Channell capped the World Cup season by being the top Canadian woman at the final race at Konigssee, Germany on Jan. 19, placing 0.92 seconds back of German Jacqueline Loelling. Tina Hermann, also of Germany, was second and Austria's Janine Flock took third. The other Canadian in the race, Elisabeth Vathje, was ninth. Vathje also wrapped up by taking third on the overall podium.

On the men's side, Kevin Boyer was the top Canadian in 13th while Barrett Martineau placed 16th and Dave Greszczyszyn took 18th.

The end-of-year news on the bobsleigh side was encouraging as both Justin Kripps and Kaillie Humphries piloted their way to Crystal Globes.

Kripps hit the podium in five of eight races this season — including a third in Konigssee — to best Germany's Francesco Friedrich and fellow Canadian Chris Spring. Humphries, meanwhile, was pushed to the limit by American Elana Meyers Taylor but ultimately claimed her fourth overall title while German Mariama Jamanka took third.

In the races themselves, in the two-man, Germans Friedrich and Thorsten Margis, and Johannes Lochner and Christopher Weber, were the lone two teams to best Kripps and Alex Kopacz. Nick Poloniato and Neville Wright took 10th while Spring used two brakemen — Bryan Barnett and Cameron Stones — en route to placing 17th.

As for the four-man race, Germany's Nico Walther commanded his sled to victory over Latvian Oskars Melbardis and Austria's Benjamin Maier. Kripps and Spring were back to back in seventh and eighth while Poloniato was 18th.