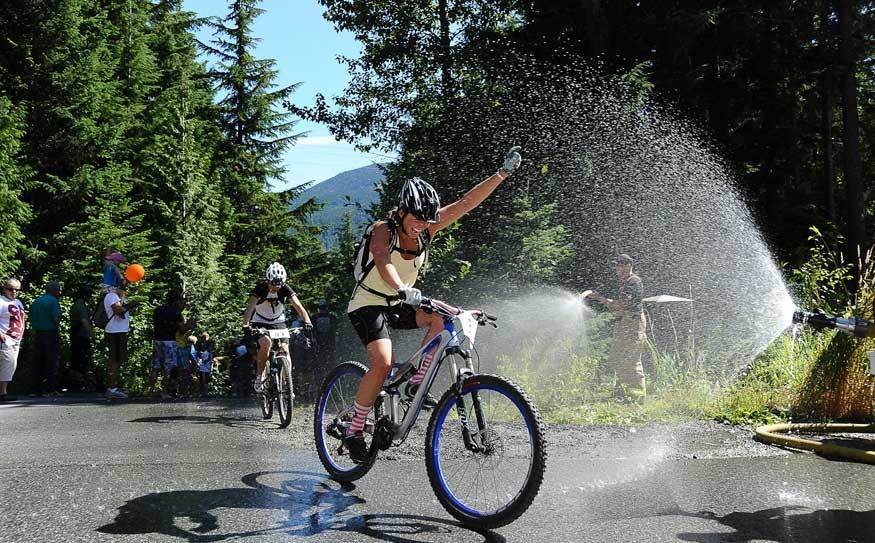 Charlie's Angels, the long-awaited sequel to the women's-only Betty vs. Veronica mountain bike race last year, is ready to roll on Friday. The riders will once again run the gamut from hard-core downhillers and cross-country racers to casual riders that have been nervously riding and re-riding the course over the last few weeks to prepare.

Yes, it's a timed event. And yes, the top racers on both days — Friday's downhill and Saturday's cross-country — will be recognized. But it's not about that; Charlie's Angels is a participation event where you ride for team, and yourself, rather than for rankings.

All 240 spots were sold out quickly, with racers divided into three teams of 80 based on their responses to a questionnaire. There's Team Jill, Team Kelly and Team Sabrina, based on the Charlie's Angels television show and movies.

This Friday the first race is the downhill, which ventures into the Garbanzo Zone and includes sections of Blue and Black Velvet. The course finishes at Olympic Station, and riders can head back down the valley on the trail of their own choice.

Saturday is the cross-country event, which is 20km — about a Toonie Ride and a half in total distance. Riders will do the Yummy Nummy climb up to Comfortably Numb and head north. The middle section will be cut out and riders will descend a short descent called Jeff's Trail that brings them back to the Green Lake Loop and the new Sea to Sky Trail. From there, riders head back to Lost Lake on a mix of singletrack.

As mentioned, both days are timed and the winning riders and teams will be based on cumulative time.

There are two after parties this year. After the DH there's a wind-down at the Scandinave Spa for racers and volunteers. After the cross-country the final awards will be at Dusty's in Creekside, where people are invited to come dressed as their favourite '70s television star. The night will feature a silent auction, and once again all proceeds from the race and party will go towards the Howe Sound Women's Centre, which is now offering programming in Whistler.