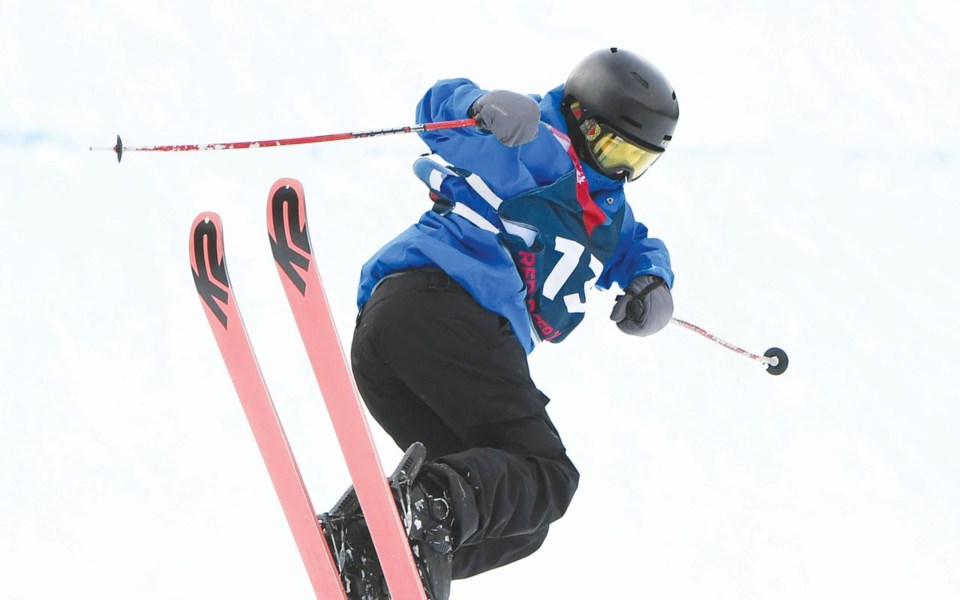 Competing in the slopestyle contest, Clarke posted a 66.40 to score a fifth-place finish. Estonia's Kelly Sildaru, already a consistent force on the World Cup tour, ran away with the win with a 92.80 while Great Britain's Kirsty Muir and the United States' Rell Harwood rounded out the podium, respectively. Megan Oldham placed ninth while Mount Currie's Josephine Howell was 16th. Olivia Asselin, meanwhile, was 17th.

Canadian men shone brightly as Edouard Therriault earned the win with a sparkling 95.00 score, holding off American Kiernan Fagan and Norwegian Ulrik Samnoey. The other Canadian, Noah Porter MacLennan, was just 0.60 points off the podium in fourth.

Down in Italy, meanwhile, Freestyle Whistler alumnus Jessie Linton posted a 10th-place finish in the single moguls event to lead the Canadian women's contingent. Competing at Chiesa in Valmalenco on April 5, Linton scored a 55.60, 17.71 points behind winner Sabrina Cass of the United States. Japan's Hinako Tomitaka and Russia's Viktoriia Lazarenko were second and third, respectively. Chase Capicik, who also came up through Freestyle Whistler, was 14th while Sandrine Vaillancourt was 16th.

In the men's singles event, Elliot Vaillancourt was the top Canadian in fifth, scoring 59.68, which was 17.69 points back of champion Nikita Novitckii of Russia. Masahiro Kimoto of Japan and Akseli Ahvenainen of Finland were second and third, respectively. Louis-David Chalifoux placed 17th and Freestyle Whistler alum Sam Cordell took 20th.

In the dual moguls event, Capicik and Linton were 19th and 20th, respectively, while Kaylee Koehler was the top Canadian in seventh. Anastasiia Smirnova of Russia earned the win while Japanese competitors Hinako Tomitaka and Kisara Sumiyoshi rounded out the podium.

On the men's side, Vaillancourt earned the victory for Canada, edging Japan's Masahiro Tamoto in the final, while American Alex Lewis took third.

"It was a really good day for me and I am proud to say that I have won the event today," Vaillancourt said in a release. "It was another complicated day due to the changing weather conditions. The competition was delayed for two hours because we could not see the course so it was difficult to get some good training in.

"As soon as the sun came out the course softened and everyone was skiing really fast so I had to be constant and stay on my feet. It was high-calibre skiing but I managed to come out on top and I am really proud of that."

Other Canadians in the top 30 were Brayden Kuroda in 13th and Cordell in 18th.

Camie Matteau Rushbrook's season with the BC Hockey Female Midget AAA Greater Vancouver Comets came to an end in Alberta on the weekend.

Facing the St. Albert Slash for the right to represent the Pacific region at the Esso Cup in Sudbury, Ont., the Comets lost twice in the best-of-three series to the two-time defending national champions.

In other local hockey news, defenceman Will Warm and his Edmonton Oil Kings are ahead in the second round of the Western Hockey League playoffs after winning the first three games of their series with the rival Calgary Hitmen. The Oil Kings advanced after defeating the Medicine Hat Tigers in six games. Warm has been held scoreless so far in the postseason, but has registered 15 shots and four penalty minutes.

Warm's brother, Beck, wasn't so lucky. His Tri-City Americans were bounced in five games by the Everett Silvertips.