Crankworx launches new series for young athletes, including in Whistler 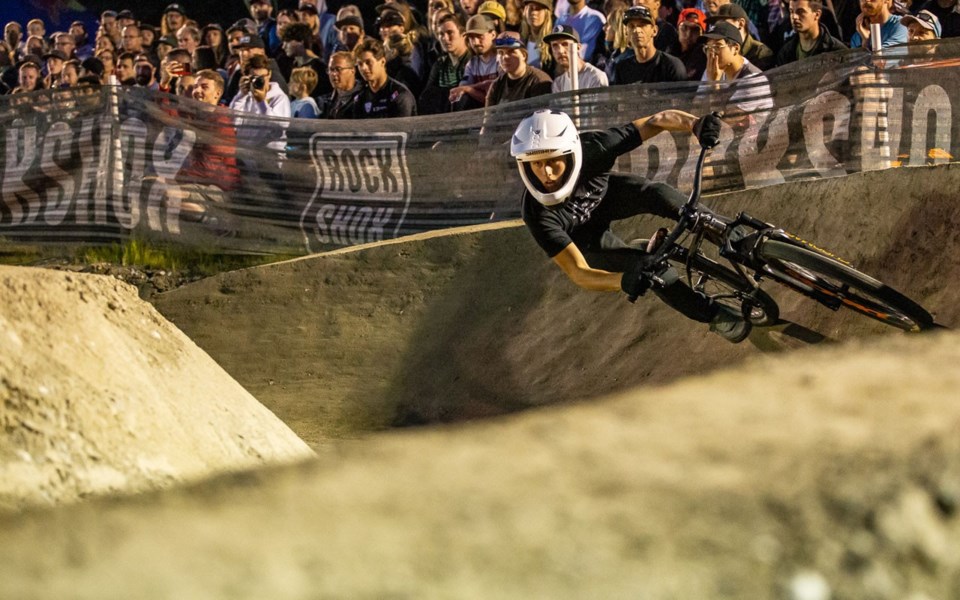 ON ThE RISE Jakob Jewett s semifinal run at the RockShox Ultimate Pump Track Challenge helped inspire the creation of CWNEXT, which will up the level of competition for Crankworx's junior athletes. <ParaStyle:CUTLINE\:CUTLINE Credit>Photo by Fraser Britton/Crankworx

Some of the most exciting moments in Crankworx history have come in the form of a young up-and-comer dramatically announcing that they're ready for the big stage before many others knew they were.

Think Finn Iles winning the Official Whip-Off World Championships in 2014 when he was just 14 years old after fighting to even compete because of his tender age. Or Anthony Messere conquering the Red Bull Joyride dragon in his debut at age 15 to earn bronze. Even this year, in the Rock Shox Ultimate Pump Track Challenge, 16-year-old Jakob Jewett of Squamish knocked off Mitch Ropelato, who'd be crowned King of Crankworx a few days later, and Chaney Guennet, the defending pump track world champion, en route to the semifinal.

"It didn't really feel real. It felt like a dream because usually I watch these events and see all these guys competing. It's crazy to think I'm there with them," Jewett told

Pique at the time.

Cinderella stories like these only pop up every few years, but Crankworx World Tour general manager Darren Kinnaird hopes a new tour initiative will help smooth the transition from Kidsworx to pro competition. And, perhaps, CWNEXT will give young athletes an opportunity to impress on the pro stage a little more often.

"At the moment, the opportunities and what they've done with them are the exceptions," he said. "These young athletes are going to gain high-level sport experience, it's only going to benefit them further down the road.

"We may start to see more exceptions, but I don't think they'll be exceptions to the rule anymore. They'll just be high-level competitive athletes that are super talented."

CWNEXT will offer U19, U17 and U15 divisions in the pump track, dual slalom, speed and style, and downhill disciplines. Kinnaird added that the CWNEXT categories will run on the same day as the pro events.

"There have never been formal categories for these disciplines. By creating this, we also want to do that alongside bringing all of the elements that we are bringing to the professional level of normal Crankworx discipline," Kinnaird said, noting that the timing and announcers will be on par with the senior-level competition. "At the end of the day, our long-term goal is to find a way to showcase our next athletes and provide them with an opportunity to develop, grow, compete, make a name for themselves, and expose the world of talent that's out there."

With the program running at all three world tour stops, Kinnaird expects it to boost junior competition not just in Whistler, but also Rotorua, New Zealand and Innsbruck, Austria.

Kinnaird added that he expects that the CWNEXT offering will attract new riders to Crankworx as opposed to simply reshuffling those who are already registering for Kidsworx events.

Pemberton rider Tegan Cruz was grateful to Crankworx for creating the new CWNEXT. Cruz won three gold and a silver at Kidsworx in 2019, and the 14-year-old appreciates the continued opportunity to showcase his skills as he rises through the ranks.

Cruz added that he enjoys competing in events outside of the downhill mould at Crankworx, and that racing new faces from around the world helps him on his personal development curve.

"Showing me how everyone else races helps me try to get faster and beat them," he said.

Crankworx announced earlier this year that the 2020 edition in Whistler will expand its footprint on the calendar by two days to a total of 12, and Kinnaird now confirms that it's in part because of the CWNEXT launch.

"There's so much going on," Kinnaird said. "Trying to squeeze all this stuff in is certainly a challenge, but it's certainly worthwhile."