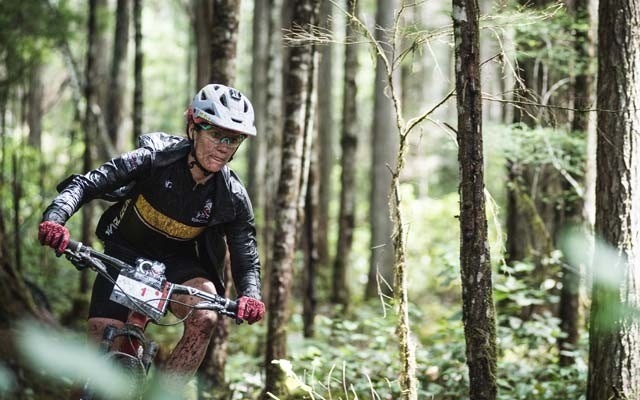 There were lucky sevens for Kelli Emmett at last week's B.C. Bike Race.

The Colorado Springs rider won all seven stages of the open women's race to handily win her division of the stage race, which wrapped up at Rainbow Park on July 13.

"It just felt really good and I felt really good on my bike. I was just excited and when I started out the week, I had no idea how I was going to do putting it together that many days in a row. I just tried to ride each day as it is and do my best each day and not really worry about what was coming ahead," she said.

Emmett came up as a cross-country competitor but has focused on enduro for the past several seasons.

"I haven't done a stage race in a long time so it was really good to be back out there again," she said. "I was just loving it. It was so fun riding, getting up every day and getting on your bike and riding some amazing trail. The whole day, I was really, really loving it.

"I've been racing enduro full-time the last three years so I had to ride my bike a bit more and I've just been working a lot of skills and downhill training. This year, I knew I was coming into B.C. Bike Race and so I had to spend a lot more time just trail riding."

Emmett, who was part of the winning team in 2008, said the decision to return to the race was a no-brainer after one of her sponsors, Lululemon, said they could secure her an entry.

"B.C. Bike Race is my favourite stage race of all-time," she said. "It was a perfect scenario that came my way... It took me about two seconds to decide."

"The North Vancouver day, I had a perma-grin the whole time. The trails were so fun and it was great to open it up on the descent on the enduro stage," she said. "Cumberland was like 'Oh my gosh, if I get to do this for a week, that would be amazing.'

"In the States, we don't have anything close to that... I live in Colorado so a lot of the stuff we ride is fairly dry and flowy and fun but it's just not the same, not even close."

After the B.C. Bike Race, Emmett hopped on a plane to California and handily won the enduro at the USA Cycling Mountain Bike Nationals on July 17.

Cory Wallace of Jasper took four of the seven stages, including the seventh stage in Whistler, to capture the open men's title. Squamish's Quinn Moberg won two stages, while Bellingham's Stephen Ettinger won the other. Wallace overcame a 73-second deficit to Kona teammate Spencer Paxson entering the final stage to pull off the victory.