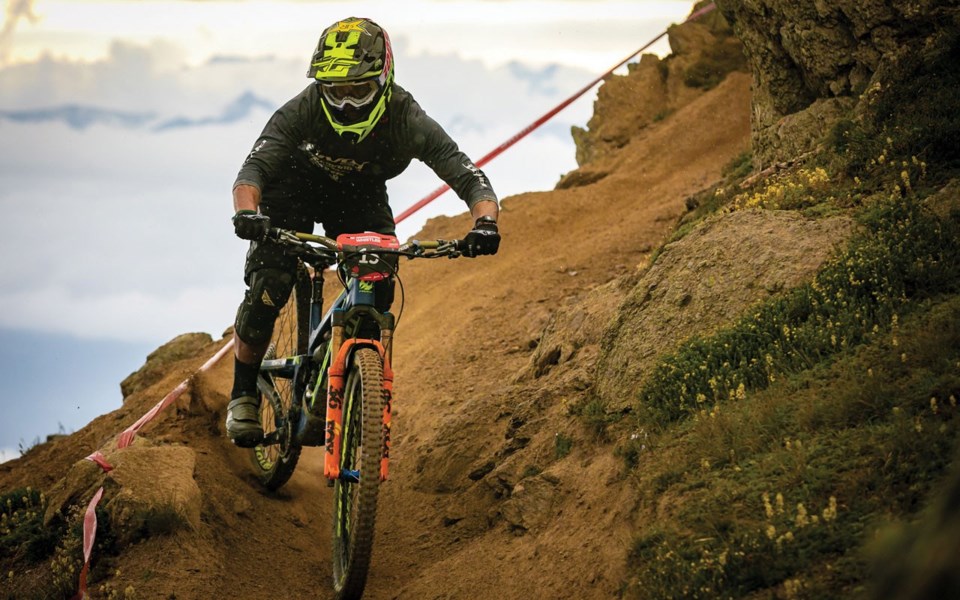 NO ENDURO The 2020 CamelBak Canadian Open Enduro was cancelled by the Enduro World Series on April 28.

If this year's Crankworx Whistler festival goes on as planned, it will have one fewer event.

The Enduro World Series (EWS) announced on April 28 that the CamelBak Canadian Open Enduro was one of three races that will not run in 2020 because of the COVID-19 pandemic.

The EWS announced changes to five races, cancelling stops in: Val di Fassa/Canazei, Italy; Burke Mountain, Vt.; and Whistler. As well, the two-country race in Petzen, Austria and Jamnica, Slovenia was rescheduled until October, while the Valberg, France event was moved within the country to Olargues and bumped back until October. As it currently stands, the six-stop schedule will begin Aug. 30 at Zermatt, Switzerland.

"In our best effort to balance the health and safety of our riders, fans and staff, we have made the hard decision to cancel a number of events and to push our season start back to the end of August," EWS managing director Chris Ball said in a release. "By working pragmatically and putting riders first, and by working closely with our colleagues at the UCI we feel that these changes will still provide great racing towards the end of the year.

"We look forward to visiting the great communities we will miss this year when we return to them in 2021."

The Canadian Open Enduro is traditionally the first major event of Crankworx Whistler, running on the Saturday and Sunday of the festival's opening weekend, which this year was slated for Aug. 8 and 9.

"To be honest, at this point, I don't know how it'll impact [us]," Crankworx World Tour general manager Darren Kinnaird said in an interview. "We're still working on what Crankworx is going to look like this summer."

At this point, Crankworx Whistler is slated to run as planned for Aug. 5 to 16, but Kinnaird said he and his team are remaining in touch with health officials to determine if and how it will be doable.

"We are doing everything in our power, and the team is working extremely, extremely hard to figure out the best solution possible," Kinnaird said. "At this point, we're waiting for guidance from the government on what the summer looks like.

"We're not at a point yet where we need to make a decision on the future ... We're trying to make the best possible situation out of the cards that we've been dealt."

Crankworx was forced to make a decision earlier this summer, delaying the Innsbruck stop from June until late September and early October. Though the world tour holds up Whistler as the vaunted final stop where world championships are won and lost, the team is making peace with the fact that it won't be the case this year.

"It'll be a little different this year, and it's an exciting opportunity to try new things and finish the series with an Austrian flair," Kinnaird said. "These are interesting and strange times, so if you're going to try something new, why not now?"

This year's edition of the Red Bull 400 at Whistler Olympic Park is also off, organizers announced on April 29.

"We regret to inform you that in light of the current landscape, Red Bull 400 Whistler planned for July 11, 2020 has been cancelled. Registered participants will be refunded. Thank you for your understanding," Red Bull said in a statement.

The race up the park's ski jumps typically attracts between 800 and 1,000 participants.