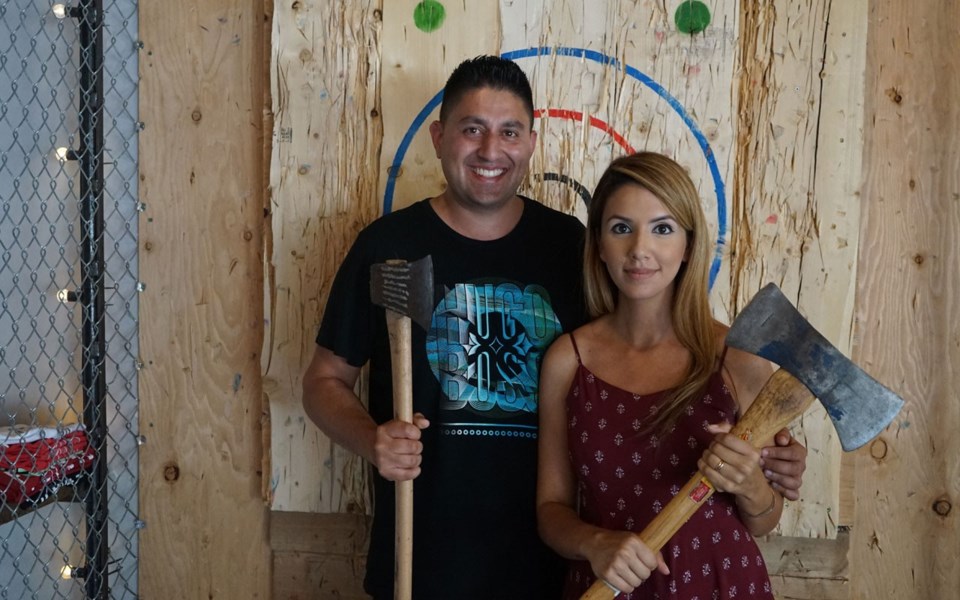 Forged Axe Throwing is giving locals the chance to try the emerging sport during an open house next week.

The Function Junction-based business will host its event on Monday, April 23 at 7 p.m. for those interested in giving axe throwing a try.

Forged's locals league will return April 30 at 7 p.m. The elimination-style tournament will see locals go head to head to earn a championship belt and other prizes.

"We wanted to create something new and exciting that would rival the usual darts tournaments or slow pitch leagues but still provide a fun social sporting occasion" said Brett Easton, who co-founded the business with James Anderson, in a release. "Axe throwing is something the people of Whistler really got behind in 2017, and we are excited about the return of our locals league. Let the journey begin to find our next axe throwing champion."

The league costs $120 to join with a portion of proceeds being donated to Zero Ceiling, a charity that addresses youth homelessness.

Whistler's Jackson Leppard will hope to become a star in Dallas this June.

The left winger for the Western Hockey League's Prince George Cougars ended the season ranked 122nd among North American skaters for the NHL Entry Draft in Texas on June 22 and 23.

"(As soon as) you start playing hockey, you watch the NHL and just want to be there," Leppard told Pique in November. "To be on (the list), I guess it can make that step a little more realistic. But you just have to keep working and hopefully that dream comes true."

The 18-year-old slipped a bit from his midterm ranking of 95th, but could still attract attention from NHL clubs after posting 15 goals and 21 assists in 68 games this season. He also displayed a gritty side by amassing 95 penalty minutes.

Elsewhere in the Whistler hockey world, Garrett Milan's Pensacola Ice Flyers saw their Southern Professional Hockey League season come to a sudden end at the hands of the Knoxville Ice Bears in a two-game sweep. The Ice Flyers, who placed third in the league with 73 points, got the third chance to pick their opponent under the league's new playoff format this season.

Milan, 26, was far and away the team's leading scorer with 65 points, and his 51 assists led the league.

The Whistler Community Ice Hockey Team is hoping to help make a difference in Humboldt.

The squad, which is a member of the BC Hockey High School Spring League, will use its next home game as a fundraiser for the Saskatchewan Junior Hockey League's Humboldt Broncos, which was involved in a horrific bus crash on April 6 that killed 16 people and injured 13 others.

Whistler will play the Churchill Bulldogs at the Meadow Park Sports Centre on April 22 at 3:30 p.m. The team will encourage attendees to make a donation to the Broncos' families.